Brooklyn-based multipotentialite Jonathan Richetts is many things, but on his debut EP Culdesac Vol. 1: Wildboy, he’s something a little unfamiliar — the star of his own story.

Few things hit as hard as a good coming-of-age story.

On Culdesac Vol 1: Wildboy, his debut EP, Brooklyn-based artist Jonathan Richetts understands that feeling more than most. Richetts’ record opens like a patient cruise down a winding suburban court, hair pressed to the headrest as eyes absentmindedly dart from house to house. The atmosphere might be unremarkable, if there wasn’t something so special about the being itself. The neighborhood might be milquetoast, but on the cusp of adulthood, nothing feels inconsequential.

There’s something about that youthful moment where everything that came before branches out, launching us into a million prospective futures. Each day is an opportunity, each night an adventure, and in a sense, we’re never more free than we are on the cusp of answering that all-important question: who am I? Jonathan’s project looks to answer that question, both in its narrative and in what the record itself represents.

“Honestly, it’s been crazy,” he says of his past week, awash with the exhausted pride of releasing a project. “That’s why I’m taking a nap, I feel like I’m actually trying to get some sleep now, trying to get my schedule together.” A multidisciplinary artist working across mediums, Jonathan straddles the worlds of fashion, fine art and music through Vanilla, the enterprise through which he “curates really cool projects and ideas and brings those things to life.” It’s fitting, then, that Wildboy is many things: a triumphant arrival, a wistful reflection, a loose autobiography, and a tightly spun fiction.

The visuals are strong, the sartorial devised and the palette vibrant, but it’s the music itself that unites all these disparate parts of Jonathan, lending aural reflection to his colorful eye. “I’ve been making music for, what, three years now,” says Jonathan, throwing his mind back. “This is the first thing that I’ve ever started on, and just in being patient about how we want to execute and relay this curated story, we try to fit so much into a world of seven songs.”

That story, years in the making, is a far cry from the NYC life Jonathan’s now living. It’s a tale taken from his formative past: born to the Borough of Brooklyn, family upheaval saw the kid relocate to the demure suburbs of Pennsylvania, the short drive whisking him a world away. On Wildboy, that locale is conjured in spacious guitar licks, fuzzy synth lines, funk-heavy drum beats, and crystal-clear vocals at center stage.

The colorful all-American setting hints at rigidity and conservatism, and beyond the deceptively domestic veneer hides the tricky complications of the neighborhood — complications that burst forth in moments of passion, recluse, maturation, and racism. Jonathan’s journey is one of actualisation; a story of the new kid in town coming into his own, learning to be comfortable within himself, and chasing a dream with such single-minded clarity, it pushes into obsession.

“I felt like I was just such a sponge at that time, at that age where it was very detrimental for every little thing that happened to me, because it really affected my tastes and everything.” Growing up in Brooklyn, he “probably had like, one white friend,” but the shift across state lines meant “moving from out of the hood to the suburbs… it almost felt like Fresh Prince of Bel-Air, where it’s just like, ‘oh shit, this is a different life.’”

Related Sauce:   Why We Like It: Chrissie Límos’ “EXES” 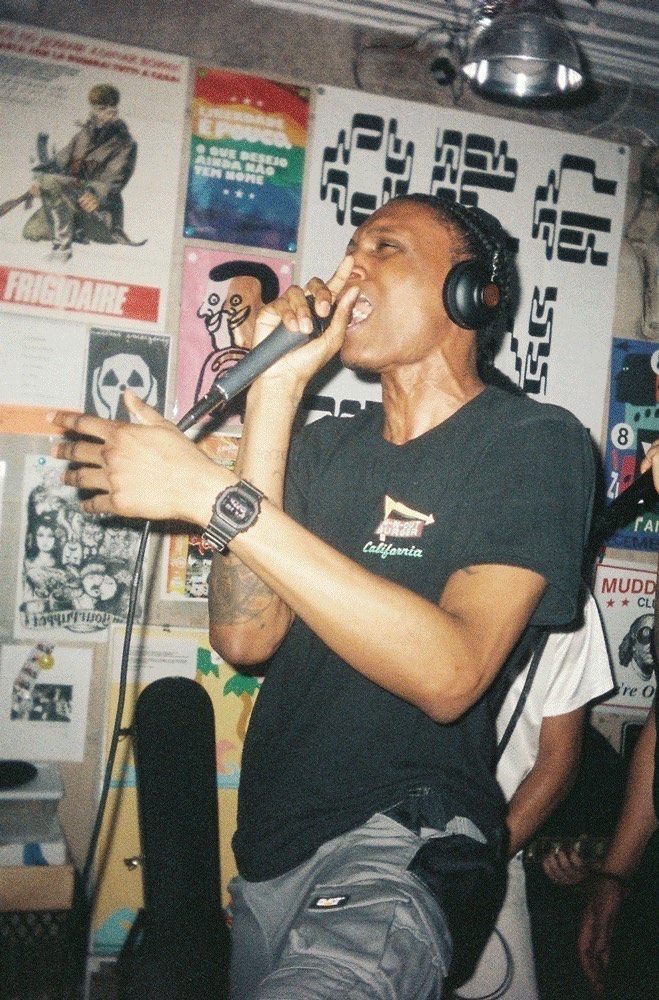 That’s the life we’re thrown into on “HELLO,” the voicemail message that opens Wildboy. “It’s not much to look at, you know, just an average suburban neighborhood… blue skies, some trees, a couple racist families,” explains Jonathan, soft female vocals dancing about the patient beat. His teenage gaze turns to women and skating, and he touches on the town sports team, a hallmark of middle American pride. The bassy synths and wordless melodies build to a crescendo, their bright pastel shades channeling Tyler and Pharrell. “You know, this is the culdesac. It’s boring, but nonetheless, it’s my home,” he closes with a sliver of pride, “one day I wish to get up out of here but, for now, I just try my best to conquer the world.”

Culdesac Vol. 1, then, angles for world domination from the curtain-drawn bedroom of an obsessive craftsman. “I think when I found music, it wasn’t like a magical moment like, ‘Oh my God, this is like an amazing new world!’ I was immediately stressed when I realized that music was the most important thing in my life,” he says with a laugh. “It happened all so fast, so it stressed me out as a kid. I couldn’t go outside because I needed to stay home to get better.”

That’s a preoccupation that seizes on “2THAMOON,” where diligent dreams of stardom clash against an unfulfilled want to live it up. “Looking at the sun outside, I need more / looking at the sky so blue, I need more / Need more of a reason to leave my room,” opens Jonathan, unable to break from the self-imposed prison of perfection. “A big part in my high school career was a juxtaposition of wanting to go to parties and hang out with girls, and all this stuff that teenagers wanted to do, and staying home because I wanted to learn how to play an A major seventh chord, and I needed to learn how to play it that day because I wouldn’t enjoy my day without learning it,” he explains.

It’s a habit he needs help to break, as our protagonist stays wrapped up in the classic creative dilemma: “8 more times I done redid the song, eight more times I think there’s something wrong.” “I kind of trapped myself inside,” admits Jonathan. “No one was doing this to me, no one was trapping me inside, but I just did it for myself. It really got the best of me.”

Salvation arrives on “JAM WITH YOU/DRIVE,” a one-two hit of teenage infatuation and conflicted admissions. It’s a story that pulls from a distinct moment in Jonathan’s own life. “‘Jam With You’ was me trying to break out of that mold, like ‘you don’t have to stay home and work on music all day, how about you invite a girl over?’” He laughs again, confident. “When I got to that phase, when I realized my mum was down with girls coming over, I just lost it. It was like a new form of freedom that I didn’t know I had!”

Related Sauce:   Brwnsounds Quests for the Absence of Fear

On “DRIVE,” even while determined to make his feelings known, the narrator indulges his image as a “bad influence.” He’s both boasting and bashful, careening from intimate to distant with the frazzled energy of a romantic novice. If his uniqueness endears him to his crush — “you ain’t used to the kid, that’s why you fuck with the kid,” he spits — then it takes on a more macabre nature as the record shifts to “ENEMY.”

“LETTER TO DESTINY” — first an aqueous mix cut by a crisp electric guitar, then a distorted fuzz laced with muddied vocals — plays as both a note to a loved one and a testament to ambition. There’s a personal promise in “me and you gon’ save the world,” just as there’s some abstract idea to “we spent years in the same pattern, but I promise we’ll meet at the end.” The lines between friend and fate are blurred, the oaths of the young and hungry rendered in wide, fearless strokes. 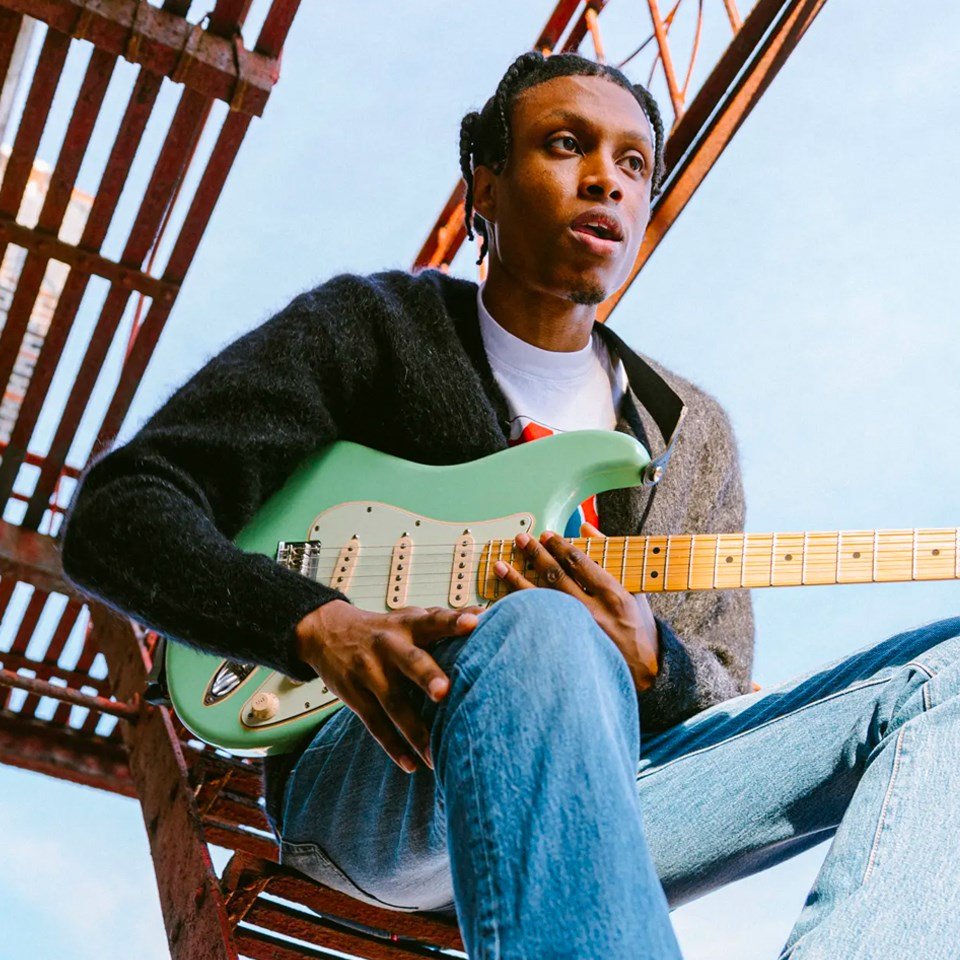 Wildboy is a document of this ambition, both narratively and structurally. Reflecting on the experiences that helped inform the fish-out-of-water tale of suburban America, Jonathan feels the EP was all but inevitable. “I just think that it was something that I wanted to say and had to release,” he muses. “I knew that this project was the first thing I had to release to the world because I kind of have to leave that chapter of my life alone… I have to break away from it.”

“It’s basically a coming-of-age story about a kid being comfortable in where he’s at and leaving the culdesac,” sums Jonathan. “The whole purpose of the culdesac is to leave it.” Talking to me from his place in Brooklyn, the hometown to which he returned a decade ago, it’s clear that he’s made that change himself — but Wildboy isn’t a memoir, and as we talk on his future plans, it seems nothing is set in stone.

“I’m just going to say this here first: so Culdesac is a trilogy, but it might not be, but just know that Culdesac 2 is already 80% done.” It’s refreshingly candid, and while Jonathan talks on his to-do list — “a small like set with Redveil on the 29th of this month,” replying to messages rolling in from “huge, Grammy winning artists” — it’s easy to appreciate his flexibility. Culdesac Vol. 1: Wildboy might help put a bow around his Pennsylvanian teenage years, but in another sense, it’s the beginning of a promising career.

One thing’s for sure: it doesn’t slow down. “I’ve been writing more, it hasn’t stopped for me honestly,” admits Jonathan, “even during the process of the rollout and everything.” Gas in the tank and a stash of records in the trunk, Jonathan Richetts is peeling out from the culdesac with tires smoking — by the time his neighbors call it in, he’ll be long gone, on the road to anywhere.