In the wake of his excellent debut album, Suede, Tacoma-by-Phoenix emcee Jaywop is making big moves – and they’re all going according to his grand, ambitious plan.

A conversation with Jaywop is a sharp, revelatory thing.

It doesn’t matter whether you’re sorely unaware or a devoted fan – hearing the man talk just seems to explain a lot. The first revelation is his astuteness — the sharpness of his conversation is mirrored in the incisive gaze he casts over his world. The second involves the pace he sets for himself, and even as he plays it casual, you can tell he’s keeping busy.

“I was in Portland, but I just got back to Long Beach yesterday,” he tells me, promising that “a lot of dope music’s going to be coming in the future.” That’s the third revelation: his steadfast, mysterious drive, framing deliberate vagaries in unambiguous ambition. The cards are kept close to his chest, his bright confidence the kind of glow you might otherwise mistake for a bluff, but that’s something else you soon work out – Jaywop doesn’t fake it. 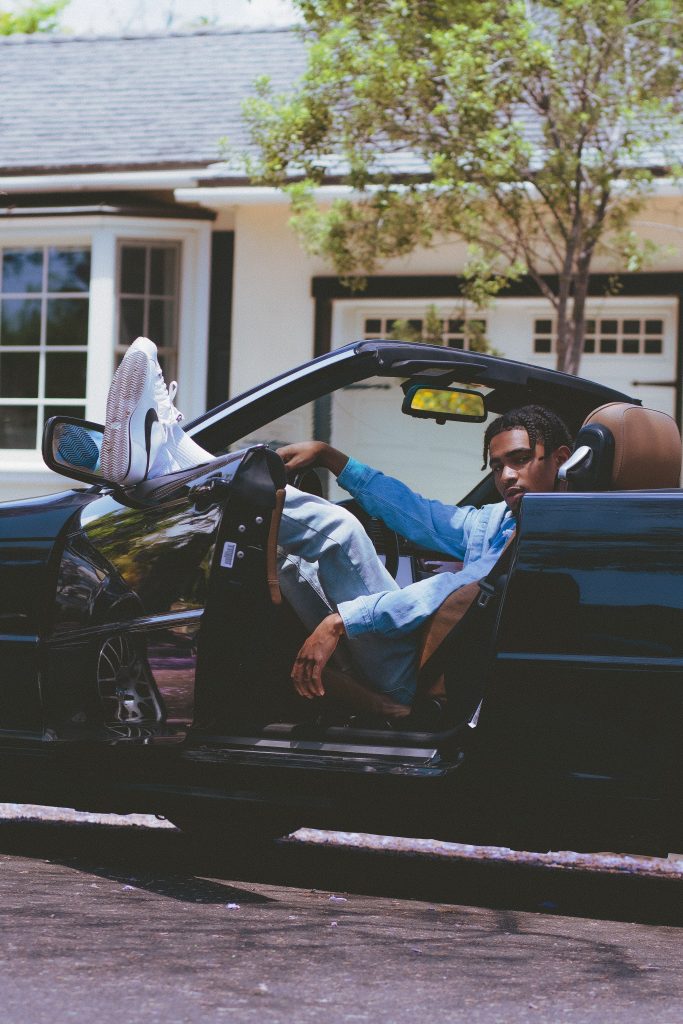 If you’ve heard Suede already, you might’ve guessed as much. A seven-track record that moves with jaunty charm, Jaywop’s debut is a monument to this moment in time. It spotlights his laidback Southern swing even as it reaches outward, finding friends in the guest verses and sung hooks that punctuate his charismatic bars. Old friends and co-conspirators butt up against new faces and big-name endorsements, but Suede is resolutely centred about Jaywop’s own cross-country upbringing, folding fragments of Tacoma, Phoenix and Long Beach into his first full-length statement. It’s a mission enshrined in “Ice Cold,” the lush opening track, which proudly salutes one of his crowning influences.

“My pops was my introduction to Outkast,” he says, recounting “a super faint memory” from his distant childhood. “He had this Outkast shirt, and I knew two songs from them at the time, but I always remembered he always wore that shirt… when you get a little bit older, like maybe seven, eight, you start to find music on your own and start to search for music yourself,” he explains. “Outkast was one of the people that I always wanted to see what they’re about, like, ‘okay, I look up to my pop so much, he likes them, so let me see why he likes them,’ you know what I mean?”

That curiosity was but one moment that set Jaywop on the path to Suede, with his fandom growing into a respect and reverence that eclipsed his father’s passion. “From that point, hip hop broadens for you, you start to learn more about it,” he explains, “and then you realize how different Outkast was to what traditional hip hop was at that time.” It’s a lesson that hit home for the Tacoma-by-Phoenix emcee, borne of cities and streets far from hip-hop’s storied homes. “As I got older and became an artist myself, I realized how much I connected to that aspect of it, just being a hip hop artist that doesn’t necessarily have the traditional approach.”

“Ice Cold,” furnished with live instrumentation and backed by a chorus of friends, revels in a little of that inspiration. A loose, silken joint that substitutes rote showmanship for familiarity, it eases even the most unaccustomed audience into Jaywop’s world with lighthearted musical intimacy. There’s something so cozy about hearing a room respond to “what’s cooler than being cool,” a question of almost universal relatability.

“That wasn’t necessarily planned, we were just having fun and it felt natural,” he says of the crew that helped with the hearty homage — influential artists in their own right. They’re the Phoenix-based peers who saw Jaywop from fresh-faced up-and-comer to Suede-draped sage. “Poetic Soul was very important because of a person I met there,” he says, that formative open mic night so much more than just a stage.

“I met PK Tha Poet there, and through him I also met another close friend, Drew,” explains Jaywop, charting choice encounters and important introductions. Alongside peers like Dougy Doug, these friends are “what makes up Junior Varsity, our collective.” More than Andre and Big Boi, it’s Junior Varsity that kickstarted Jaywop’s melodic rise: “if I didn’t meet PK at the early artist age that I was, I feel like things might have panned out a little bit different, because he was an artist that was respected in the city,” he modestly speculates. “It’s not very easy to get people that are respected to respect you, or give you basically any type of time of day to see if you’re talented yourself… that’s definitely not a Phoenix thing, I’m just speaking generally!”

Wop’s careful to keep the Phoenix love alive, even as his career takes him to distant shores. “I felt like a change was needed for me,” he says from his new Long Beach home, “just because I had more in mind than what I felt I could attain there.” It’s a move that’s seen him not only retain his formative friends, but make new connections with artists such as Los Angeles-based Baltimore transplant Jade Amar, Maryland emcee Innanet James, ATL talent Deante’ Hitchcock, and tide pools member Mallie. Taken together, they’re a colorful cast that turn potent verses and vocals to powerful cosigns.

Those creative affinities help make Suede such a rich and varied show of talent, building on the album’s solitary beginnings. “I didn’t have a project in mind,” admits Jaywop. “Once I made a record and I felt like I finally figured out my version of the sound that I love so much, that’s kind of what inspired it.” That record, “Big Bad,” brims with the very energy it helped foster in the young emcee – a kind of effortless confidence, underwritten by resolute belief. “‘Big Bad’ is responsible for everything that’s going on right now, in terms of the new sound that I’ve been toying around with being received well,” he waxes. “I got my first editorial Spotify placement playlist off that without paying anybody, without doing anything wild!”

“My engineer and myself both were like ‘this is the one’ in the studio,” he adds, the greatness self-sourced long before it was crowd-tested. “I’d never made a record like that before, so that’s always going to be a special record to me… there’s no way in hell that the track wasn’t going to be on the project.” Indeed, “Big Bad” was as much a proof of concept as it was a creative doorstop, a powerful expression that opened the emcee to all manner of opportunities. It earned him his first placement here at CentralSauce – a real Rick and Renault moment – but, more importantly still, it turned attentive peers to supportive fans.

One such supporter was Deante’ Hitchcock, himself a rising star, who would soon appear on the standout Suede single “Gold.” “That was my first experience like that,” says Jaywop of the collaboration, which resulted in both a guest verse and a music video appearance. The process of reaching out, though formal, turned into a powerful affirmation. “It was love,” says Jaywop glowingly. “It was just good knowing that somebody else that is excelling at another level had that same type of belief… he took the record serious, serious enough to where he was willing to show up for the video, so that was definitely like wow, that’s fucking crazy!”

His growing rapport with Tacoma singer-songwriter Livt strengthens “Suede,” a deceptively sparse refrain that rides out on a plush arrangement. Jaywop guested on Livt’s “Interlude for a Dreamer,” a CentralSauce favourite that found their vocals intertwined atop a fuzzy synth base. Their title track reunion channels that same duet approach, with Livt backing Jaywop’s wistful coming-of-age take. It’s little more than an aside at the open – “you can hear my heart if you listen closely” – but as the refrain sinks in, replete with images of “suede sheets in my mama’s house” and “glass on that road,” you can almost picture it. Flashes of pain and despair cut through his sepia-toned recollections, repetition driving deeper until the vocals fade, leaving the instrumental to softly vamp through an outro.

It’s a real focus throughout the record, which elevates backing tracks and underlying beats to spotlit compositions in their own right. “That is all real live instrumentation,” says Jaywop discussing “Ice Cold.” “My friend PK, he had a band at a point, he was just the kind of person that opened my ears more on how a certain sound of hip hop could work with a band.” PK’s touch is most keenly felt on that opener, but even elsewhere, a certain reverence for sound and structure breaks through. “He basically called me and was like, ‘Yo, like that vibe that you were talking about, that you were going for, I think we just did it today at the jam session, I’m gonna play it for you next week.’ I came to the studio, he played it for me, and it was perfect. It was perfect!”

That an instrumental jam fit so comfortably on Suede was no surprise to Jaywop. “When I made the first few records, they just felt different,” he begins. “I don’t know, rapping on 16s, it just didn’t do it for me as much anymore, and making that type of music that I made on Suede is what kept me inspired.” It’s an inspired approach that seized upon the moving mantras of “Suede,” the sultry hooks and invigorated verses of “Diamonds” and “I Been,” and the starring turns of solitary singles “Screen Door” and “Big Bad.”

Bars honed and arrangements growing ever-grander, Jaywop’s gaze is pushing ever outward, going from tight quips and references to greater structures and grand schemes. “All I can say right now is, that was just the first chapter of things,” he says, promising more. “There’s so much more stuff to come, and Suede was kind of just like a lead off. We’re not even done with that project yet!” 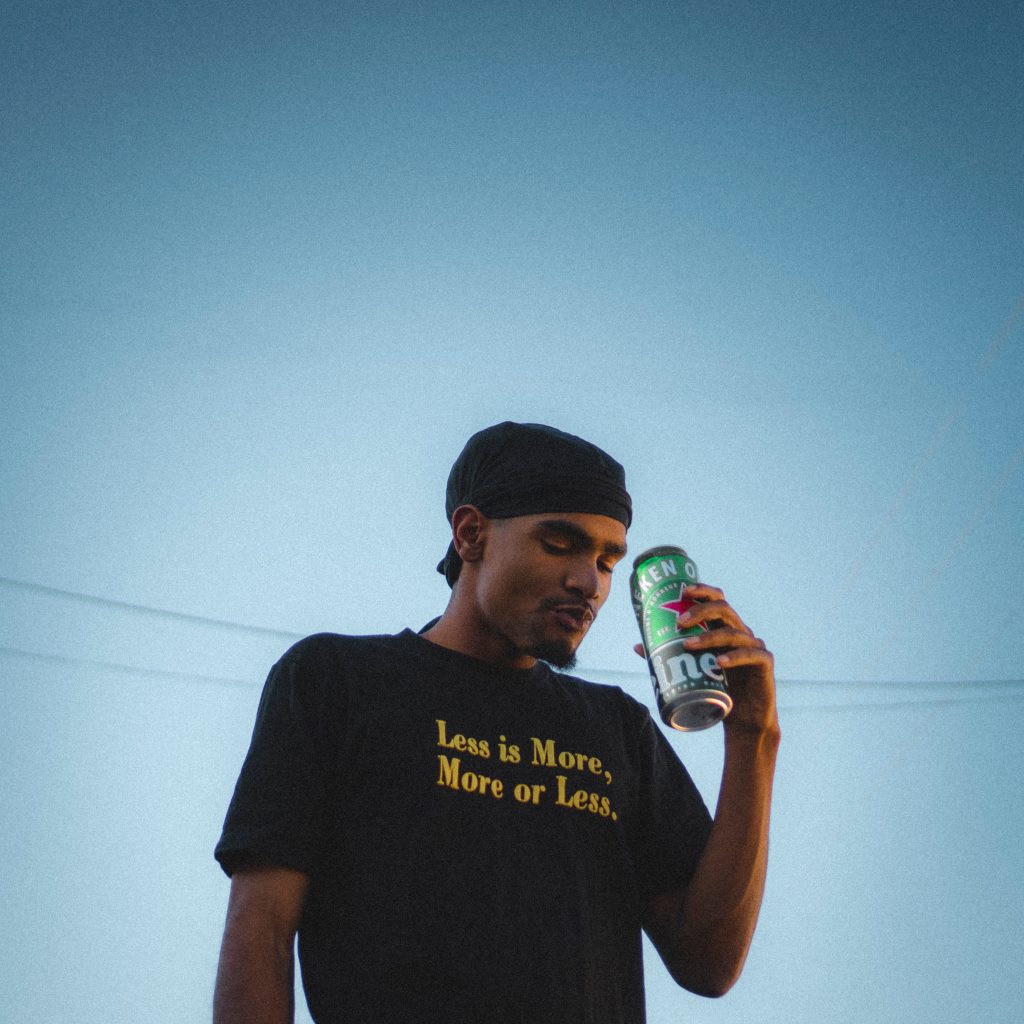 After all, why would he be? Recognition and props keep rolling in, and Jaywop’s more than “smart enough as an artist to pay attention” to the ebb and flow of his audience. “I’m not ashamed in any form or fashion to say I’m not somebody that’s used to large amounts of people tuning into my music,” he admits, energy intact. Don’t mistake that honest take with modesty – Jaywop recognizes his greatness, and it goes largely undiscussed. “The amount of love that we’re getting, it’s not a national level or anything crazy like that, but it is still really cool to see a lot of people, basically fans we didn’t know that we had, tapping into the project and showing it love.”

“It definitely caught me off guard. It was a super special moment… but there’s still so much more to do.” That might just be the fifth and final revelation Jaywop unveils. The call ends, the dial tone sounds, and you’re alone again, but there’s something that lingers still, an energized want to make art and break barriers. His voice echoes, the phrase a Last Dance Jordan-ism in and of itself.