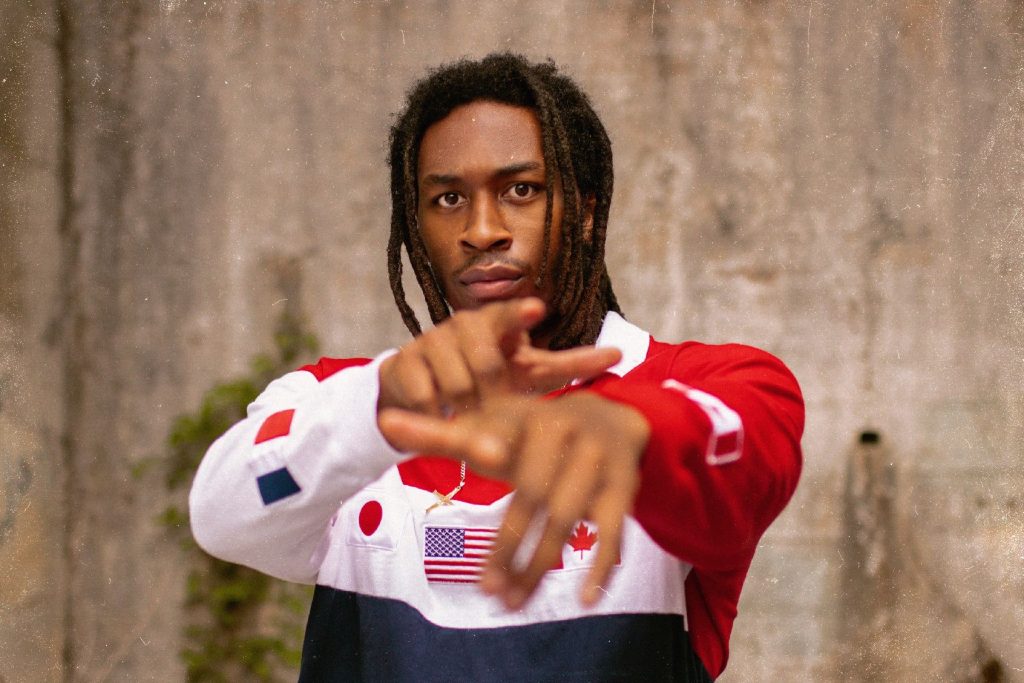 Jay Wood is a Chicago rapper making some waves at my alma mater, The University of Missouri. There he opened up in shows for Ugly God and Ravyn Lanae. We just so happen to have a pair of friends in common, Kodiak and $tew (whose music I’ve previously written about), but we’ve never met in person. That gap was closed by my Twitter DMs and a sincere phone call to discuss writing and music. Before I even heard any of the music I got to read a piece of Jay’s own writing about the film “Any Given Sunday.” The conversation gave me the impression that this was an artist who worked as hard as he talked and constantly seeks to expand his expertise beyond any one medium.

Jay Wood and his producer Namesake are working together in the best of ways. The beat isn’t overly flashy but its rhythm is heavy in the body and light on its feet. It’s easy to nod along but not overly obvious where to hit the pocket. Too fast and you’d blow past the hypnotic pacing, too slow and you’re trying to catch up to the scales. It has an ominous tone but spit too aggressive you’d be fighting the melancholy bells, too sad and you’d sound out of place among the whistles. Jay Wood finds the pocket with the punctuated frustration of a man who wears his flaws on the sleeve of a $200 Versace long sleeve shirt, but refuses to admit it’s a size too big — and thus the sleeves are always wet from washing his hands.

Lyrically “HEADHUNTER” makes me think of Future proudly declaring romantic mistakes as misunderstandings. Something is on Jay Wood’s mind. “I gave you all of me so what the fuck is the issue?” While his words are confident I can hear the bitterness. “I’m outchea tryna ball on a high sprain hoeeee.” I’ve personally had a high ankle sprain, and trying to get back to sports put me on crutches even longer — but that’s not what I’m thinking about when Jay raps: “She say that I play mind games woahhhh / We argue and then it’s another migraine woahhhh / I’m outchea tryna ball on a high sprain hoeeee.” I’m pumping my fist at the idea of sticking it to an ex while conveniently ignoring any significant role I might have played in the break up.

Related Sauce:   Why We Like It: Donsmith’s “Group Chat”

Jay’s flow hits the tone of the production in an incredible way, he’s punching consistently. He’s not quite singing but his bars are melodic. While the production repeats, Jay crawls through the bars with a chip on his shoulder. Each line sounds like a “fuck you” but hits like a “fuck me.” It’s the sound of convincing yourself, not someone else. It always sounds bitter but if you play into it enough it can almost sound like another chapter of you against the world. 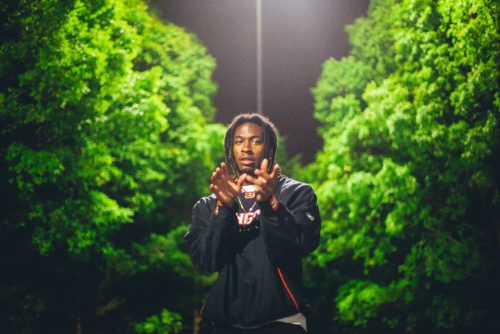 I just kept channeling that heavy, dark energy and the lyrics wrote they self. I did want it to kind of be like a self destructiveness. I wanted the character to be someone who is so stubborn they cause they own problems and then plays victim.” – Jay Wood for CentralSauce (2020)

“HEADHUNTER” is the second half of a two part release. On the pair’s lead song, “POP SHIT,” Jay Wood shows more of his pen game and steady flow. Follow him on Twitter and Instagram to stay up to date with new releases.