CentralSauce » Why We Like It: James Deacon’s “HERO aka Rich” 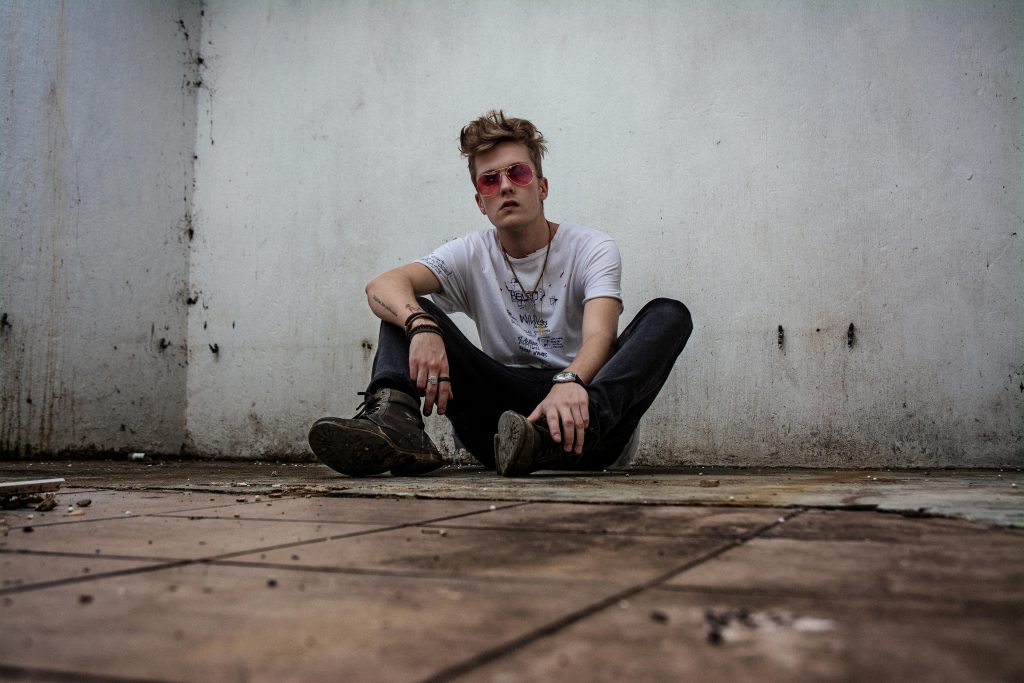 James Deacon brought me chills with the submission of “HERO aka Rich” to our SubmitHub inbox. The song is the first single off his upcoming EP, Renegade. While most of the tracks I accept seem to first grab me with their beat, James Deacon’s voice punched out at me before the background even came into focus.

The sky is full of smoke, choking back the tears / The demon you awoke has spoken to your fears / The air has lost its hope, broken stack of chairs / Fibers of a rope drag you up the stairs” – James Deacon, “HERO aka Rich” (2019)

James Deacon’s opening lyrics cut straight through the space between listener and singer, placing the audience into his self-conjured image of despair. The hair on the back of my neck raises as I imagine choking on smoke in a world where even the air is heavy with hopelessness; a curse of your own making as you’re set upon by your most guarded insecurities. The dark synths of the track remain quietly in the background as he paints the track’s bleak scene. Each line brings more tension to the world he’s thrust us into as we wait with bated breath for release.

James Deacon’s world hasn’t always been this way. The desolation has only spread in the absence of someone who he previously identified as his hero. The first chorus is a painful lament backed by the dominating swell of the synths, joined by subtle bluesy guitar riffs. The beat will no longer remain in the background and James Deacon must now face this world without his hero. After a confrontation that stripped away his pride, he compares the aftermath to a war, bodies littering the scene. He needs to find a way to put the pieces back together.

Deacon begins to move forward by assessing his definition of a hero. Oftentimes when we are faced with a trial that shakes our very world to the core, our initial instinct can be to fight change. We try to force the world to conform to our perceptions and expectations because we seek the comfort of familiarity. We just want everything to return to normal, without questioning if our perception of normality was wrong, to begin with. Exhausted by external conflict and internal strife, the aftermath of James Deacon’s war on two fronts finds him forgoing familiarity and picking up the pieces, putting them into new places rather than jamming them back into the twisted puzzle from which they fell.

The second time we hear the chorus, though the words haven’t changed, the meaning behind them has. “You used to be my hero, standing at my side / You take away my fear oh / Now I’m stripped of all my pride, and now it’s like a war.” What began as a painful lament at the hero’s absence returns as a battle cry. It’s an understanding that the fear and insecurity of the suddenly perceived isolation that initially felt constricting and hopeless is a better alternative than continuing to rely on expectations that can no longer be met. Confronting change is a fight all its own, but doing so on your own terms, in unfamiliar territory, in the absence of support you’ve heavily relied on in the past, is the fight of another kind of hero. James Deacon’s “HERO aka Rich” is a powerful ode to heroes lost and heroes created. 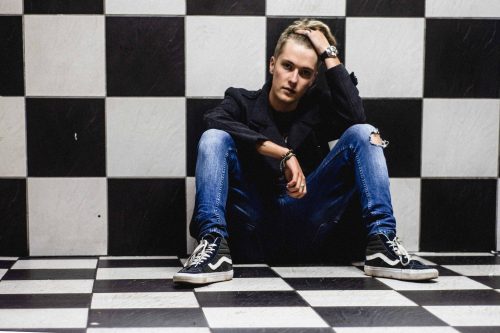 I think a hero is someone you look up to and trust, someone who inspires you through their words and actions. This does not necessarily mean that they have to be positive role models, or wear spandex or fly. Basically, I think one man’s Hero is another man’s Heroin addict, and it really depends on what you’ve seen in someone, and maybe only you can see the things that made them your hero. Also, heroes change because they are people too and it isn’t their fault that you think they’re super.” – James Deacon for CentralSauce (2019)

James Deacon already has a 2019 EP, The Calling, that brings more of his powerful vocals to rock-laden tracks that explore the difficulties of raging internal conflicts while the trials of life continue to pile up. His sound varies from upbeat to dark and brooding, but the quality is consistent with everything that drew me to James Deacon in the first place. See James Deacon at the Smoking Dragon Festival in 2020 or follow him on Twitter to stay up to date with more music, like his upcoming EP, Renegade.