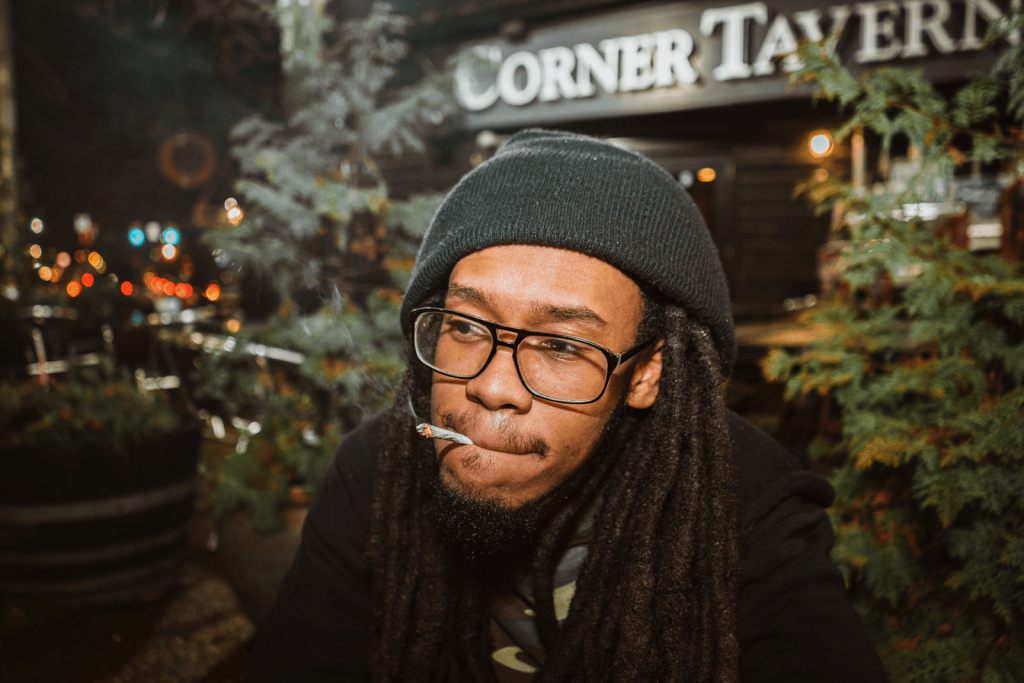 I have exciting news to share with you! Imp, along with 6 other indie artists who’ve become mainstays on our Discovery Series, is performing at SauceFest1.0 on April 10th.

Local Atlanta activist, producer, and rapper, Imp, spills all of themselves in our SubmitHub inbox. They’re part of the musical collectives, Sober Addicts and African Space Program. Taking pride in their atypical approach to bars, Imp likes to play with rhyme scheme and song structure to further separate themselves from the pack.

Finding the perfection of imperfection in art is amazing. I used to separate artists from the regular person in that they were beyond most.As a child I saw them on television or read about them in XXL. They were stars, far beyond the reach of some kid who went to school to study poetry. But as I got older, that image started to crack. They were fallible and able to cry, feel pain, go through hardship, and ultimately fall off that shiny pedestal people like myself put them on. While there are artists that choose to separate themselves still, that isn’t the case with Imp. The underground rapper doesn’t hold back on “Itinerant.” Imp doesn’t mind letting listeners in their mind and ultimately their troubles. They’re someone that’s striving for better even when some of the people they’re closest to don’t understand them.

Starting off with some building drums that feel as alive as the cigarette smoke from a jazz club, Imp hops on the mic like a poet that’s about 10 minutes late to their own performance — delayed by a few drinks at the bar. Their flow sounds coherent yet messy. Like they’re rushing to get the words out but that’s part of the appeal to it. Down and out they say “disappointing my moms / every time I walk out the door.” They don’t have all the support in the world but they’re here on the mic. Sad, disappointed, yet determined in their delivery. Just because they aren’t where they need to be now, they’ll get there. Continue striving, grinding, and working until they make it to where they want to be.

I wanted a way to document my life around that time in a very diary-like fashion, but in audio format. I took to recording it in a friend’s basement while very inebriated off of cheap beer. Fueled by stress and a very much needed excitement to vent, I recorded what was intended to be a demo. I attempted re-recording on subsequent days, but preferred the demo’s honest, imperfect delivery to what felt like a refined, but doctored take.” – Imp for CentralSauce (2020)

Lyrically, they’re down and out. They’re on a low slope as they open with the line “I’ve been, on the pavement again”. This is a place familiar to them. They don’t mean to vent but it’s all they have. They can’t help but spill their guts when they’re in this state. Their mental health is dropping and at times, they don’t care to uphold it because there’s no home for them in their head. As the saying goes, home is where the heart is but they’re itinerant. Being a musician with their band, they’re always on the move and can’t seem to plant their flag anywhere, but at the end of their last verse, they say “I’m just fine.” Because at the end of the day, even when nobody got them, they got them. They want to be the one that gets themselves out of that dark place.

And with that, the tone of the song doesn’t suddenly hit you with a change. It ends on a hollow note of loneliness. As the artist finishes their rant, the venue is silent. No one claps. Instead, the light just dims as they slowly leave with the instrumentation carting them away. While songs like this could depress others or put them in a dark place, I personally find this song comforting. There’s no rainbow without any rain and songs like these remind me that those hard times are needed. They’re a reminder. While others can romanticize other peoples’ failings, this is just unmistakably human. When I first listened to it, it took me back to the first I heard Blu x Exile’s “Dancing in the Rain.” It’s something I’ve been through and let me know, sometimes, things just won’t be good and it’s okay to not be okay. I just gotta let it out sometimes and continue moving forward. 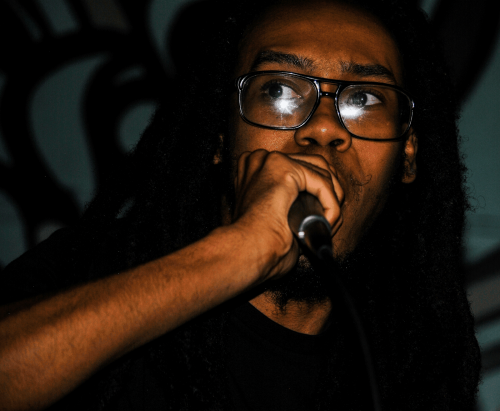 I wrote the song on November 11th, 2019. I the weeks leading up to this day, I was doing a slew of live gigs with my bandmates in African Space Program around the city. Conversations with some friends unveiled information to me of a very disparate view of my life by non-musicians and myself. Some musicians even started acting weird around me; after having played at [adult swim] the month prior with my bandmates, a fair amount of people who had previously given me the cold shoulder or even addressed their dislike for my music had suddenly begun to sing my praises or would attempt to get in on my recording sessions I had noticed. The first verse is a synopsis of my life having lived through these repetitive experiences without having the room to address it between doing shows and hitting studio time.

On the day of November 11th, I woke up having discovered I had caught a cold after having gotten over one the previous week. I had also received a text message from an ex who I had had a falling out mentioning me in a dream, and an email from an estranged family member who had domestically abused my mother and I during my childhood. Compiled with impromptu loads to bare, I had cancelled a podcast meet up I was supposed to have and rested. Later that night I opened my DAW, made a quick loop, and began writing what became “Itinerant.” Although both verses were written in the same day, it was the day of November 11th in particular that was documented in my second verse.” – Imp for CentralSauce (2020)

Related Sauce:   Why We Like It: Lionel B’s “High Life”