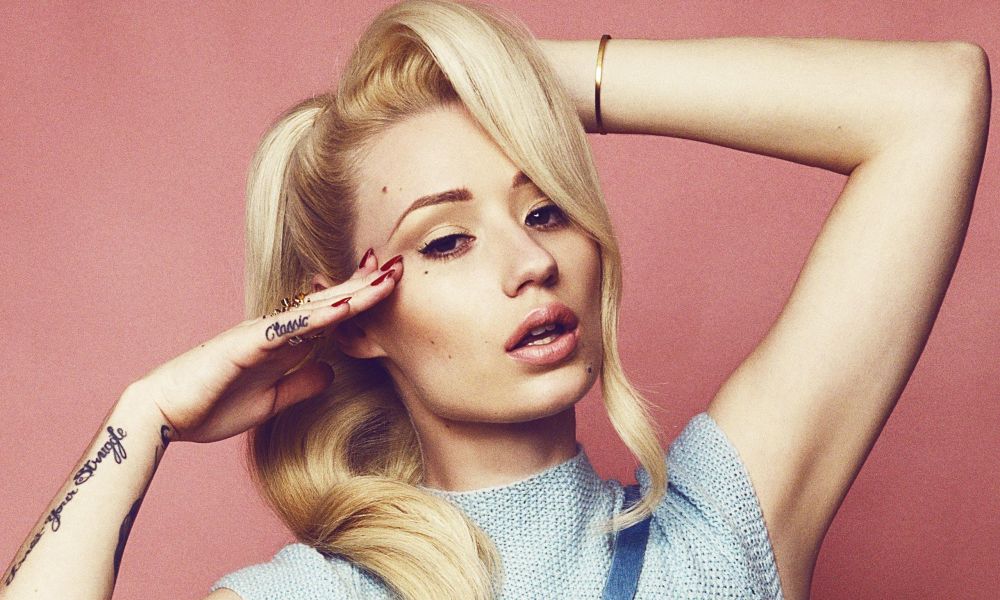 If you were to ask your typical Australian hip-hop enthusiast about their thoughts on Iggy Azalea, you’d probably get one of two reactions: awkward silence, or a snort of contempt followed by a forcible removal from the venue. But why? Iggy is a rapper and she is Australian, but she seems about as welcome in the local rap scene as a fake American accent.

If anyone were able to represent Australia’s rap scene on a global scale, it’s Iggy. In 2013 she achieved something no-one in Australian rap has ever done: she charted on the Hot 100 with her single “Work” (number 54). She then made her mark on the Billboard 200 in April of 2014 with her album The New Classic – the first time an Australian rapper had ever even charted. 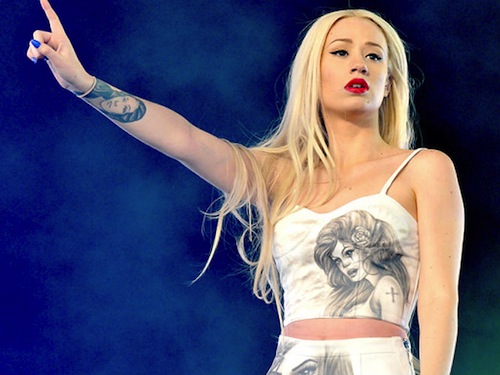 Iggy Azalea continued to shatter ceilings for Australian hip hop. Not only did The New Classic secure a spot in the top 3 of the Billboard 200, but it also saw the release of her first number one single (“Fancy”). Never before had another Australian rapper come anywhere near these heights. But her accomplishments did not stop there.

Iggy’s 2014 wasn’t just impressive by Australian standards – believe it or not, the female Australian rapper out-sold every single other rapper that year. Additionally, her music spent more weeks at Number 1, more weeks in the Top 5, and more weeks in the Top 10 of the Hot 100 than any other rapper, male or female. Her two singles “Fancy” and “Black Widow”, along with her guest spot on Ariana Grande’s “Problem”, absolutely ruled the charts. 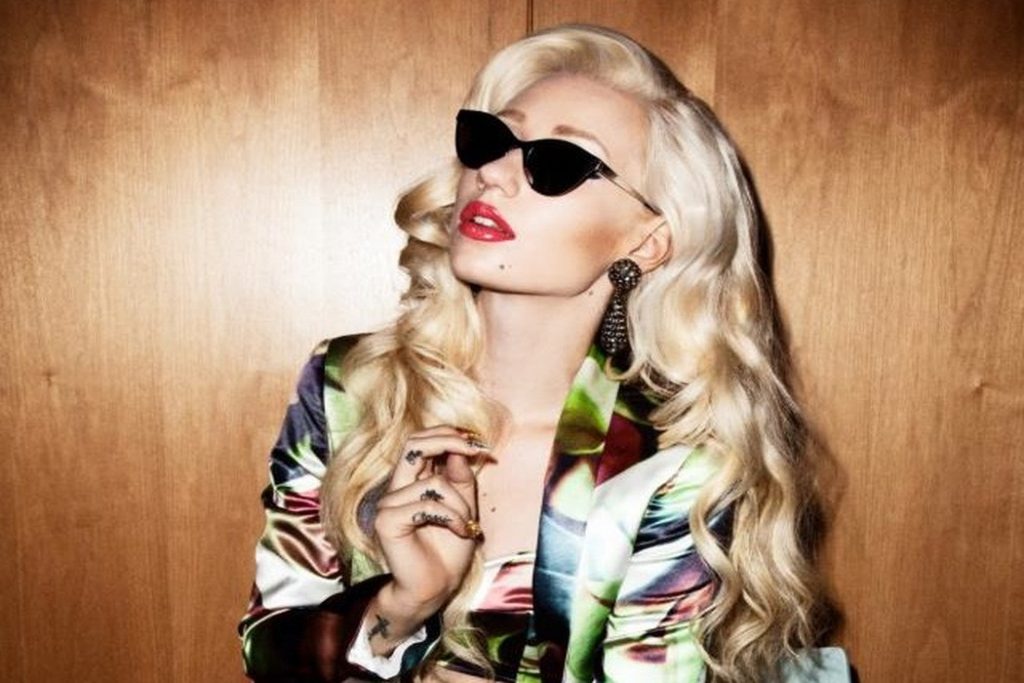 Iggy Azalea’s Dominance on the Charts

These numbers include guest spots, and every song or feature from a rapper on any track that charted in the top 10 on the Hot 100. Iggy’s closest competition that year was Nicki Minaj, who released her third album The Pinkprint in December 2014, and picked up chart longevity with “Anaconda” (top 10: 8 weeks, top 5: 7 weeks) and her collab with Jessie J and Ariana Grande on “Bang Bang” (top 10: 16 weeks, top 5: 11 weeks).

“Fancy”, Iggy’s fourth single off her album, spent longer at Number 1 in 2014 than any other hip hop track – and it wasn’t all that close. The song was huge: “Fancy” is now certified 7x platinum and its music video has over 860 million views.

This was North America’s first mainstream look at Iggy, and the first bars out of her mouth are:

In the same verse, she raps, without irony:

An act of courage? Or maybe ignorance, or irony? Regardless, “Fancy” was Iggy Azalea’s breakthrough and propagated a mainstream audience for her stilted pop-rap to rule the charts. 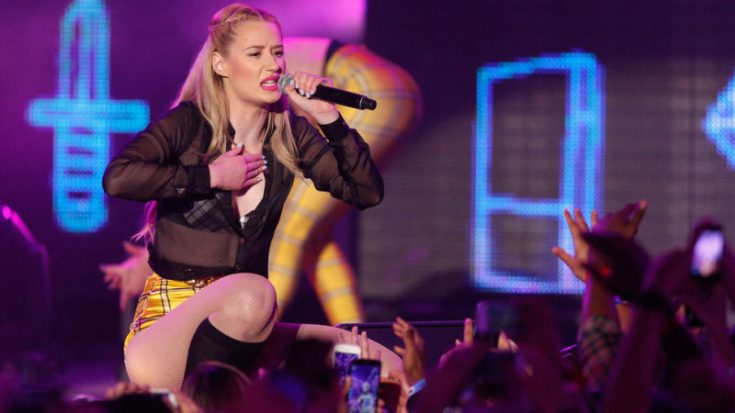 Iggy Azalea Out-Sold Every Rapper in 2014

The 4 singles that Iggy Azalea either released or was featured on that year combined to deliver over 18,000,000 in single sales. Her closest competition in this category was Nicki Minaj, who dropped “Bang Bang”, “Anaconda” and “Only” for 11,000,000 sales. Juicy J snuck into third on the back of his feature on Katy Perry’s Diamond-certified “Dark Horse”. 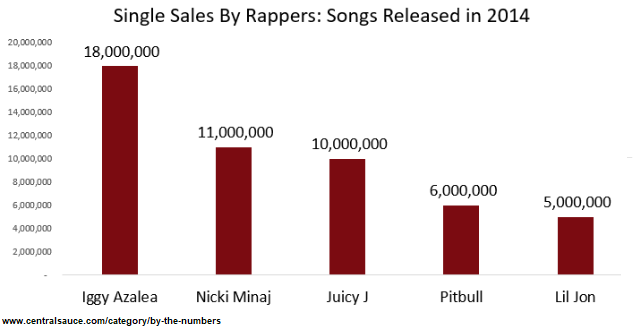 Iggy’s debut album was a slow-burner. It would eventually be certified platinum 2 years after release, and in its first week peaked at number 3 on the Billboard 200 and sold 52,000 copies. It spent a second week in the top 5, putting it level with Rick Ross’s Mastermind. Despite this lukewarm start, The New Classic hung around in the top 10 for 4 weeks, a week longer than Wiz Khalifa’s Blacc Hollywood and Ross’s Mastermind. The New Classic ended up staying in the top 20 for nearly 5 months (19 weeks) that year.

Worldwide, Iggy again led her rap contemporaries, outselling and outcharting every other Billboard top 10 rap album from 2014. The below numbers are based on each country’s certification information and their respective album chart information. 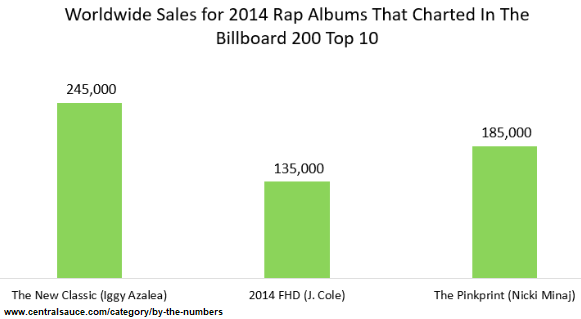 So… What Happened to Iggy Azalea?

Iggy’s long-documented issues with her label came to a head in June of 2017, as her sophomore project Digital Distortion faced indefinite delays. Her attention in the press was almost universally negative, and Iggy decided to go on a snapchat crusade to explain how the label was giving her the run-around. These weren’t new issues: in early 2016 she was highly critical of her label not believing in her on Twitter.

I felt like it was dope so, whatever. ted cockle doesnt wanna see me shine. what can i say.

I felt like it was dope so, whatever. ted cockle doesnt wanna see me shine. what can i say.

After her falling out with the label, Iggy Azalea lost all momentum and had to begin again from scratch. She signed a deal with Island Records in February 2018 and since has begun the long climb back to the spotlight with a Quavo-assisted single and a 4 track EP, 4 My Ratz. A second EP, Survive the Summer, is due for release on August 3, 2018. Will she return to the international hip hop spotlight? Only time will tell. 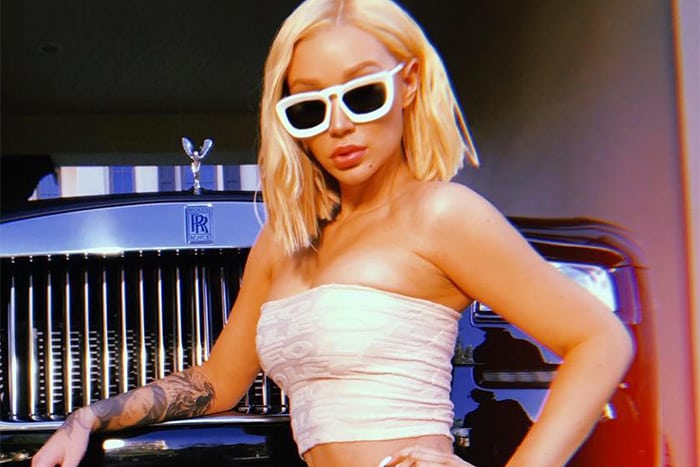