CentralSauce » Why We Like It: HRTLSS x LAYNE’s “Paranoid” 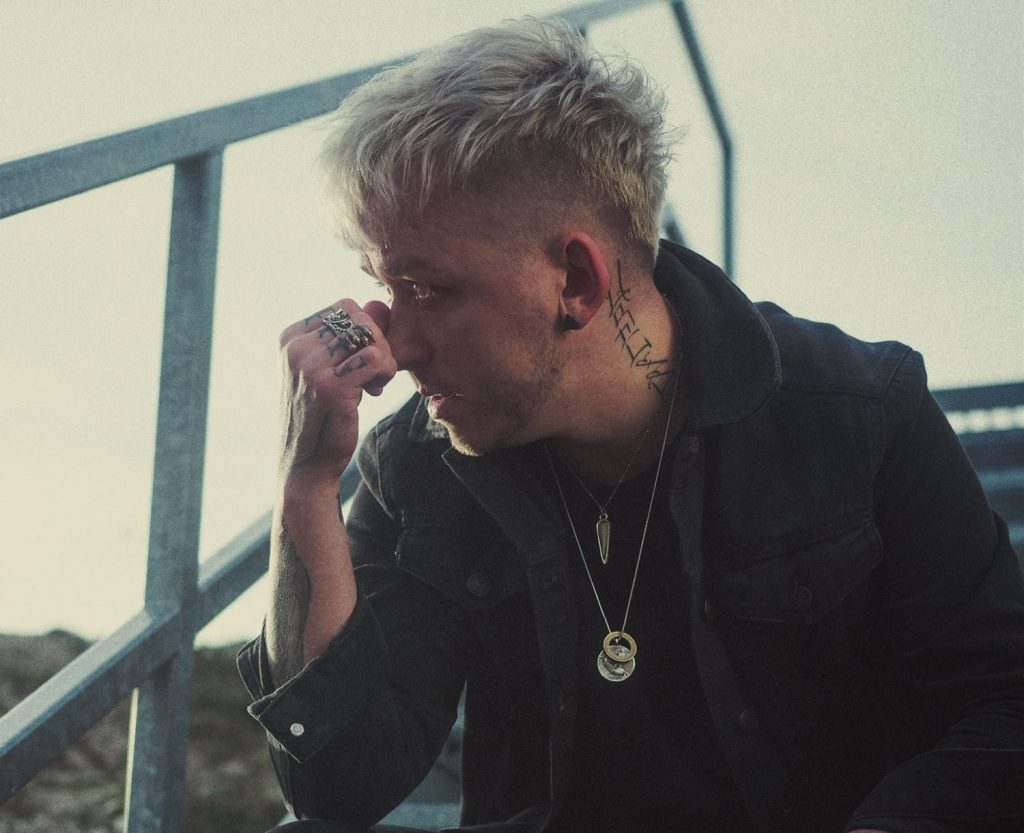 Based in Cambridgeshire, England, HRTLSS sang his way through our SubmitHub inbox with LAYNE — a seamless duo with a Weeknd-esque dynamic that makes “Paranoid” as likely to be played through headphones on a lonely night as centerstage at a major festival. HRTLSS is no stranger to stages of the kind either. Having toured with a metal band as a guitarist from age 12 to 19, he’s seen play time on MTV2 and various UK metal stations. Having burnt out on music from the intensity of the industry he saw at a young age, HRTLSS is a calculated return 10 years in the making.

The world is a scary place and we all clock certain fears — some abstract, some more concrete. If you started tallying up all of your worries and concerns, surely the list would quickly feel overwhelming, but “Paranoid” treats all those fears as one thing, the source of that itch that makes you look over your shoulder, and expels that anxiety through song.

The dynamic between HRTLSS and LAYNE is so smooth that without annotated lyrics it can be somewhat difficult to determine who the vocalist is. Produced by TTen and complete with masterful vocal layering, the pair trade hooks and verses over heavily synthesized chords saddled with a touch of HRTLSS’ guitar.

tThe effect of paranoia is explored in the song. As LAYNE brings in the hook with, “Finger on the trigger if I {hear a noise} / Baby I can see it I can {hear the voice} / I can’t get no sleep because I’m paranoid, paranoid,” the echo of “{paranoid}” rings into HRTLSS’ lines “Don’t look now cause I think I’m being followed / Shit ain’t a joke man, I know my time is borrowed.” While the anxiety summons similar difficulties in dealing with everyday life, HRTLSS and LAYNE also sing to partners that ease the anxiety. In turn, those relationships contribute a paranoia of their own, as their own anxious self-preservation now extends to another person. “If them bullets flying baby keep your head low.” There’s a cracked romanticism to the irony of easing anxiety through a relationship that in turn redoubles the anxiety of losing said relationship.

Related Sauce:   Why We Like It: Niia’s “We Were Never Friends” Ft. Solo Woods

HRLTSS and LAYNE express the weight of their worries, but in a way that almost makes the idea of worrying a desirable condition. It’s easy to swim through the synthy background and mythologize an angsty loner lifestyle placated by an ‘us against the world’ relationship. In a way, the elegance of the song betrays the topic by erasure of anxiety through an escapist fantasy where paranoia is a redeeming character trait of an unlikely hero. 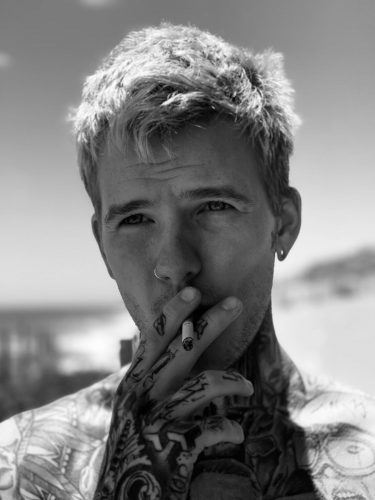 On being a touring artist at age 12:

We were always on tour and that’s how we achieved what we achieved. Every service station stop, we’d find ourselves in the shop checking out Kerrang Magazine, Metal Hammer Magazine, etc. and every time we picked up an issue we were in it. From starting the band, to these moments it felt like a flash, although actually it was 5 to 6 years of consistency, gigs, and a strong mentality that we were going to make it. Although we broke up at the age of 19, before we technicallyyy ‘made it’ we were on the path to play all the worlds’ biggest festivals, so I do sometimes think ‘what if,’ but at the end of the day it was such a good experience and I still LOVE screamo/metal music. To be able to say I played a big part in the UK scene is a great feeling. We had a number one single in the iTunes metal charts and it stayed there for ages. We supported all of the big names. Iron Maidens front man played us on his radio show a lot, and when I left the band we were just about to go off and support Bullet For My Valentine. That’s probably my biggest regret cause I loved that band [laughs].” — HRTLSS for CentralSauce

More From HRTLSS and LAYNE

After a 10 year break from the industry, HRTLSS is making his return as a genre-bending singer and guitarist. Check it out his 2020 project, Vol. 1 and follow him on Twitter to keep up with fresh releases that are sure to be coming in 2021. LAYNE can be found on Instagram, and so can the producer TTen.