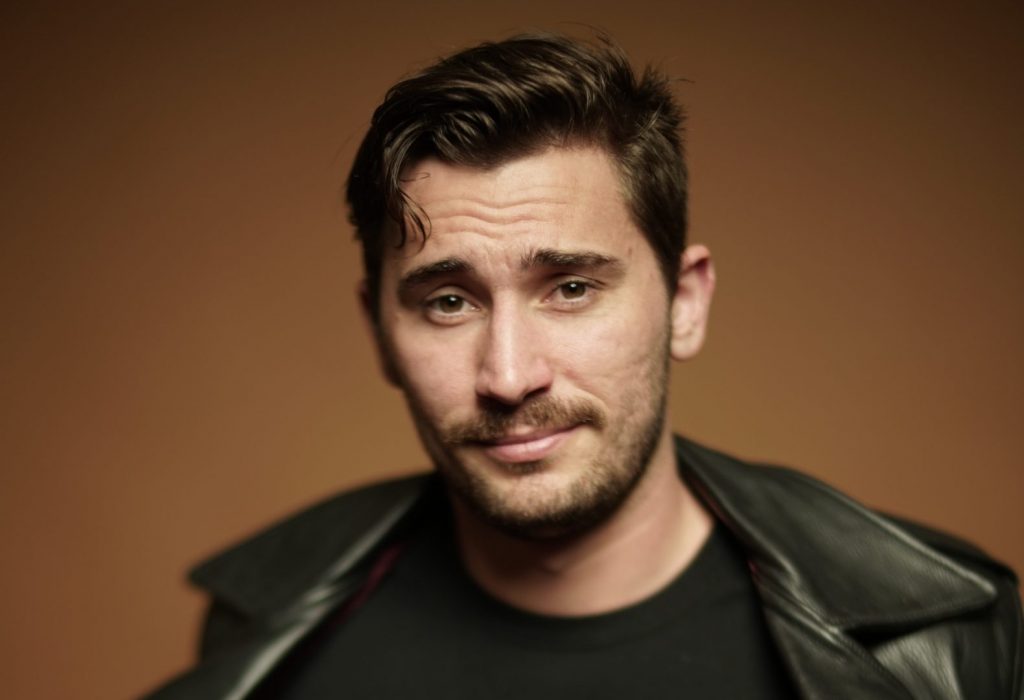 Check out the brand new track from Harrison Sands below – and while you groove, read on for our exclusive interview with Harrison filled with thoughtful conversations on the making of “Empty Conversations”.

I first met Harrison Sands on Abhi the Nomad’s first ever nationwide tour in October. I arrived early to the venue to interview Abhi before the show, which was their first stop outside of the state of Texas on the tour. When I walked into the Green Room, I saw Harrison and Abhi seated side-by-side, laser focused on their laptops while working on new music.

At the time I only knew of Harrison through Abhi’s music, but after the interview I got to watch him perform as the tour’s opener. I was blown away. It was clear that it was only a matter of time for this very talented and charismatic guy. Since then, Harrison has proven without a doubt that his musicianship stands on its own and his music needs no comparison with Abhi, or any artist for that matter, to be appreciated. 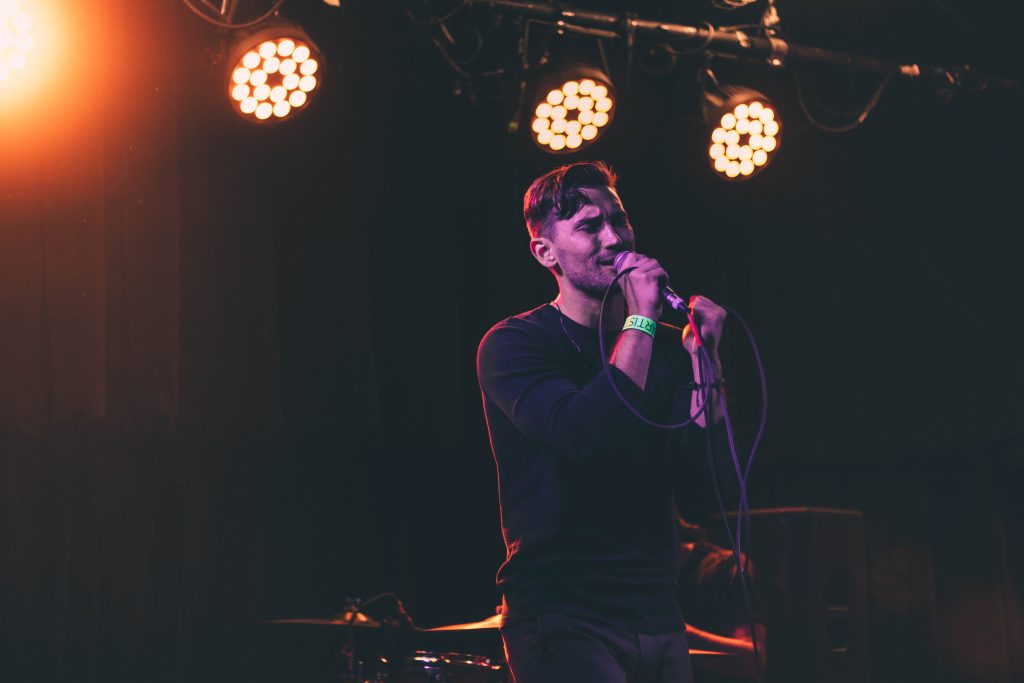 Harrison Sands’ latest song “Empty Conversations” officially drops today and we’ve got the inside scoop. “Empty Conversations” is the third single from Harrison since we were blessed with his debut project Everything’s Fine less than 12 months ago. The song has just the right blend of new-age production and funk, and features at least three instruments that I could count. But, as always, the real thing that brings you back to “Empty Conversations” over and over again is Harrison Sands himself. I dare you to make through the bridge without this man’s voice making you feel some typa way. Have we heard anyone belt it out like this since Justin Timberlake was making hits with Pharrell every other week in the 2000’s? (Yes this might be a tad hyperbolic but all good exaggeration is born of innate truth)

“Empty Conversations” is a damn good song and we’re thrilled to be premiering it with an exclusive interview from Harrison himself, straight out of sunny SoCal.

This interview is Part 1 in series of conversations with Harrison Sands. Next week we dive into Harrison’s musical roots, songwriting methods, and how he stays afloat as an indie artist in the new streaming economy. Keep your eyes peeled! 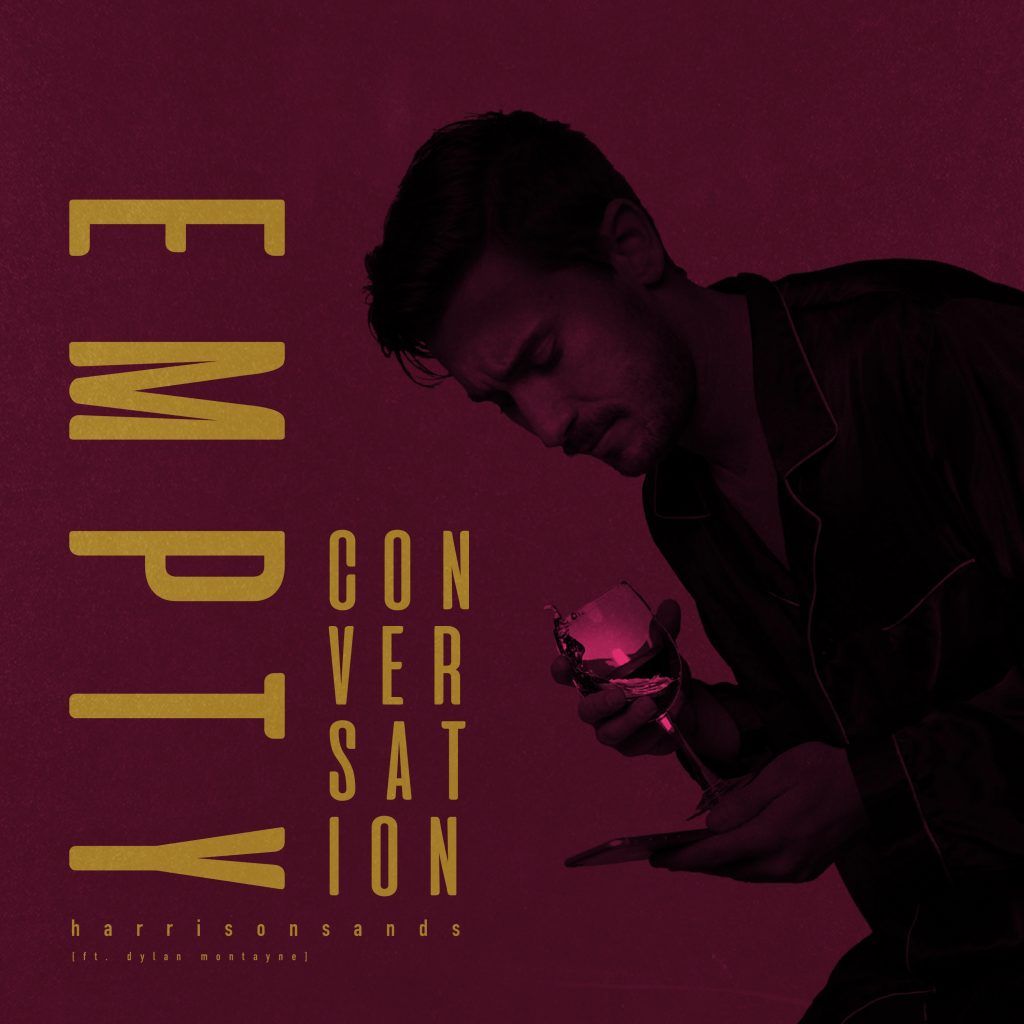 Harrison, what inspired the new single?

Harrison Sands: Dating. It sucks. Especially in the current age of dating, where you can send a text message in 5 seconds and get instant gratification from the attention you’re getting from this other person through their response, it’s created a weird black hole where we reach out to people only to get a response, not to actually communicate. It becomes a never-ending loop of meaningless conversation and I came to realize that I was stuck in the loop.

Sometimes you find someone who you like but over time, you reach a point where it’s not really going anywhere and you start talking in circles about nothing. You begin to ask “What are we doing here?”

Related Sauce:   Why We Like It: Nate Shines’ “Rock On”

How has dating changed for you since you started making music? Now that any girl you meet can go follow you on Spotify things must be different.

Harrison Sands: It’s SO WEIRD. I hate it so much. For some reason, I don’t like when people that I know love my music. Say I’m dating a girl and she says “Oh I love your song ‘Ain’t Nobody’!” – that’s just so weird to me. I guess it’s something i’ll just have to get used to.

I wouldn’t say that it’s affected me negatively though. I find myself increasingly attracted to people who don’t really care much about my music. I’d like to think I have more to offer in a relationship than just my voice!

Harrison Sands: Yeah “Ain’t Nobody” is one of all-time favorites too. It’s a sad song but it’s sort of a “hopeful sad” if you really listen to it. If you’ve been in a really great relationship that didn’t work out for one reason or another, it’s a common experience that is so easy to connect with. You’ll always have those fond memories and you can’t help but compare all your new relationships with that one. Does this relationship make me feel better than that one? It’s hard to say.

Is that what makes these empty conversations so tough? You can’t NOT remember all those times when the conversations weren’t so empty.

Harrison Sands: Yes! Exactly, exactly. You get it!

Who is the feature on “Empty Conversations”? What can you tell us about him?

Harrison Sands: Dylan Montayne? He’s freakin dope. Dylan is a buddy out in Denver. He’s on at least one of Abhi’s tracks on Marbled, I think it’s the last track on the album. Dylan is the coolest dude, nicest guy ever.

I met him through Abhi and we’ve hung out times whenever I come through Denver. I thought he would fit so well on this track because of his lyricism and delivery. He’s so intentional with his voice and what he says, it’s perfect for a specific topic like this.

How early on in the development of “Empty Conversations” did you realize that you wanted Dylan on the track?

Harrison Sands: It actually took awhile because this song has been a massive roller coaster. Originally it was completely different instrumentally and I wrote an early version of “Empty Conversations” on it and I HATED it. So I rewrote the entire thing and kept working on it but it never seemed quite right and I could never come up with a second verse that I liked.

A lot of times that will happen to me. I’m able to snap off a verse, come up with a hook, and lay down a nice bridge, but the second verse is always the toughest. At that point in the song, the audience has usually heard the high point of the song in a way – the chorus. You have to find a way to bring them back to you after the chorus and that second verse is always the bane of my existence. So I find myself writing a lot of half songs: get a chorus and a first verse and then see if I like it enough to finish it.

Related Sauce:   Why We Like It: STORRY’s “FOR NO ONE”

After some time, it became clear to me that I wanted a second voice on “Empty Conversations” for that second verse. I think Dylan crushed it. He actually just released a project earlier this year called Rebecca Lane that Abhi and I both worked with him on. Highly recommend checking it out.

So let’s talk about this outtro… Who is that and what’s the story there? She seems pissed.

Harrison Sands: [laughs] That’s actually one of my best friends from growing up. I just had this thought in my head about what a girl’s reaction would be to hearing this song if we’d been going through all these empty conversations. So I sent her the song and asked her to record whatever her reaction to the song would be if we’d been dating.

So that’s the sound of authenticity, then!

Harrison Sands: Yeah, definitely. I loved it. I knew we had to put it in the second I heard it.

This is the latest single in a series, how many are still to come? What are we building toward?

Harrison Sands: There’ll be at least three more songs in this series, one of which will be coming out relatively soon. The other two are still in the works but they’re coming! I’m trying to do one song a month right now, all collabs with some really talented artists.

After that, I’ve got a solo project that I’m working on that I’m trying to build up to with these.

What can you tell us about this solo project? Is this a 2019 release? I’m sure fans are getting hungry since we haven’t had a project since your debut EP last year.

Harrison Sands: Definitely a 2019 release. I’ve just gotta get these singles out first. One step at a time! The goal is to have it out by the end of the Summer. It’ll contain all original music, none of these singles will be on it. It’ll be very different from my last EP – in a good way.

“Empty Conversations” is out now so be sure to listen and save! Click here to see the track’s different links for each major streaming platform and follow Harrison on Twitter for more great music.

Harrison, thank you so much for your time. We can’t wait to hear what you cook up next! 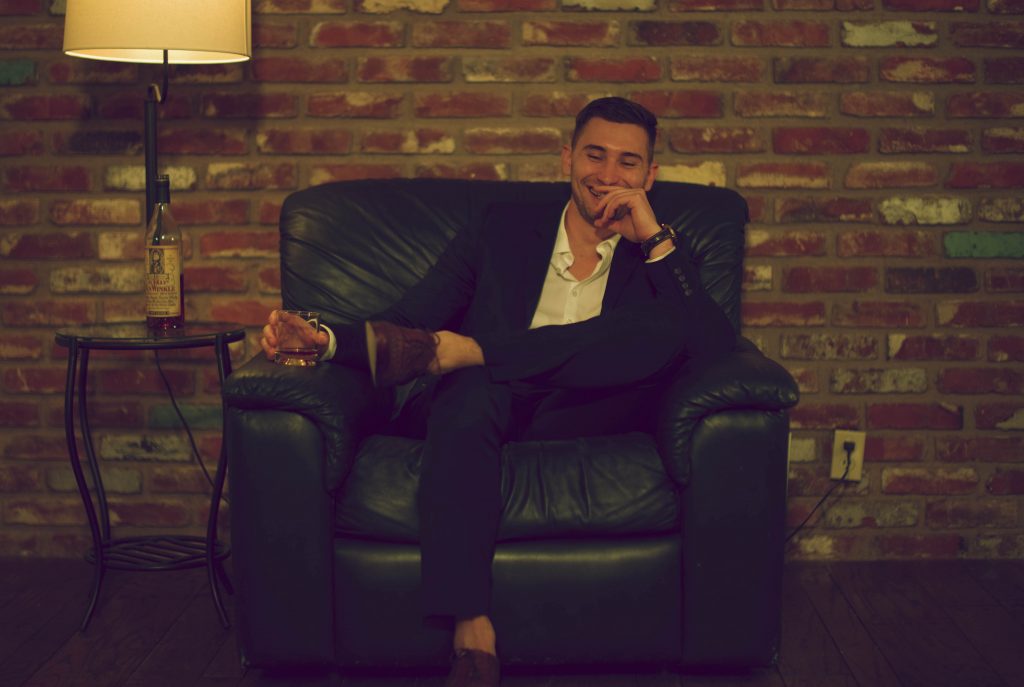