Gunna and Bryce Vine, live. We take you inside the show at Tampa’s Yuengling Center with storytelling and vivid photography from our live media specialist, Alex Dixon.

Homecoming week is always one of the most memorable weeks of the year for college students. The football games, the tailgates, the concerts, and the release they give students from late nights at the library and the stress of the next exam. The University of South Florida kicked off their homecoming week with fireworks, hosting the dynamic tandem of Gunna and Bryce Vine to get students’ spirits up for upcoming the wild weekend. 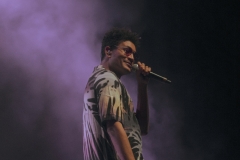 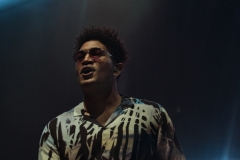 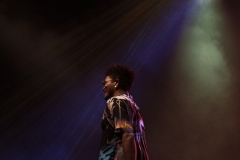 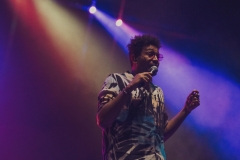 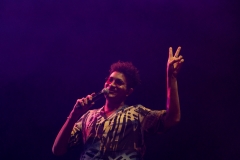 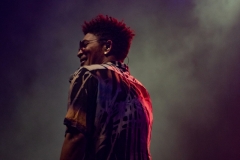 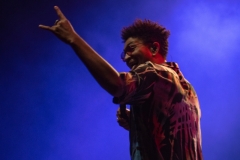 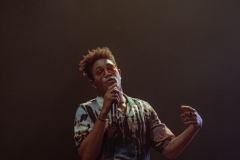 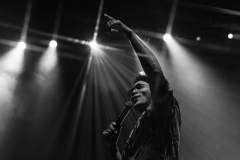 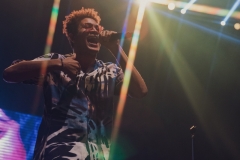 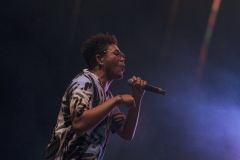 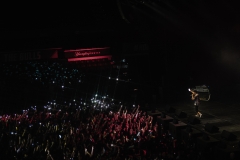 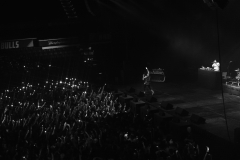 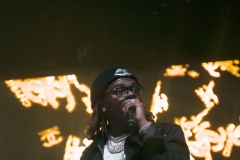 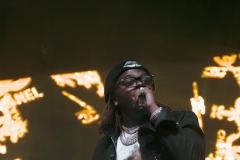 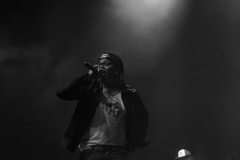 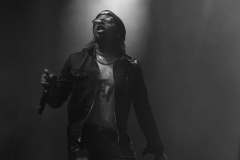 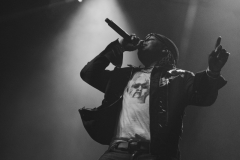 I arrived to the Yuengling Center on USF’s campus an hour and a half before the show started in an attempt to avoid the lines on my merch run. But by the time I got to the stadium, lines had already formed and were snaking back and around both sides of the building as far as the eye could see. I scrapped my plans and headed inside, maneuvering and jigging through swarms of people scampering hectically in seemingly every direction but my own. From my view at the showroom, the stage lights filled my vision, illuminating the waiting crowd of 500 on the floor below.

Around 8 p.m. the floor had packed out, with hardly enough room to tie your own shoes. I could feel the arena heating up as the crowd’s growing impatience rose into a chant of “Bryce Vine! Bryce Vine!” In short answer to the call, Vine skipped out onto the stage within moments to a deafening roar. The smile on his face stretched from one ear to another as he stood center stage and took in the evening’s audience with lively eyes. 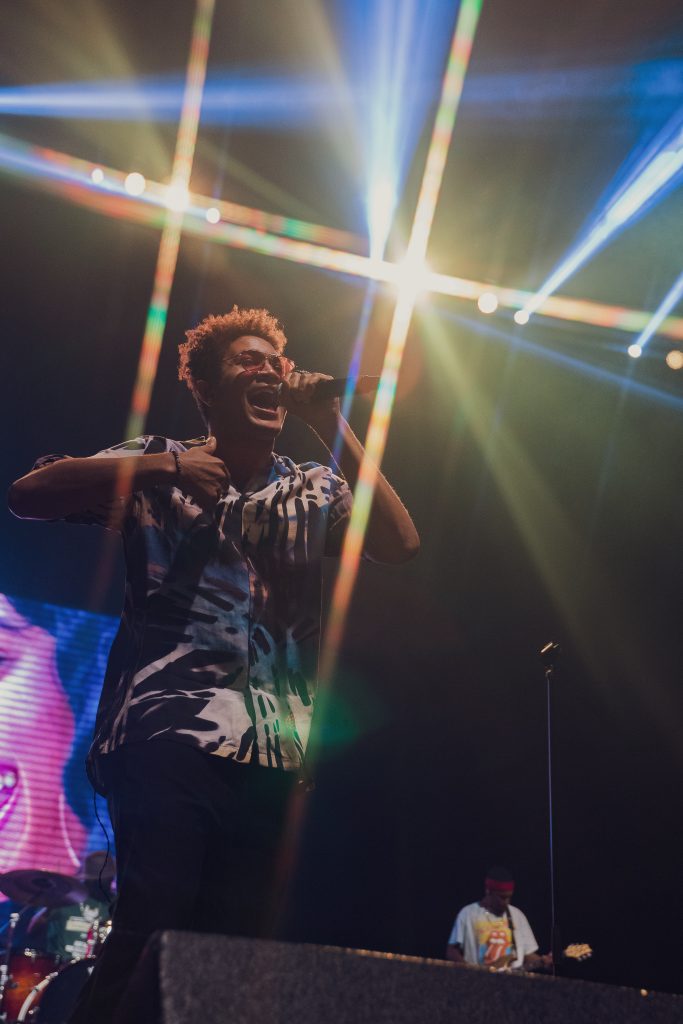 The crowd was ecstatic. Vine entered the stage with childlike vigor, jumping from one side of the stage to the other during his opening song “Drew Berrymore”, continuously bobbing his head, and sporting a massive grin that didn’t leave his face for a second. It was a hell of a start. Minutes later, Vine stood at the edge of the stage reaching out and grabbing the hands of the front row fans, prompting them to sing along with him at the top of their voices. They knew every word and their voices briefly even overpowered Vine’s own mic-assisted vocals. As he wrapped up his short but punchy set, he kept the thunderous energy rolling with a “are y’all ready for Gunna?” and exited to the affirmation of the entire stadium. 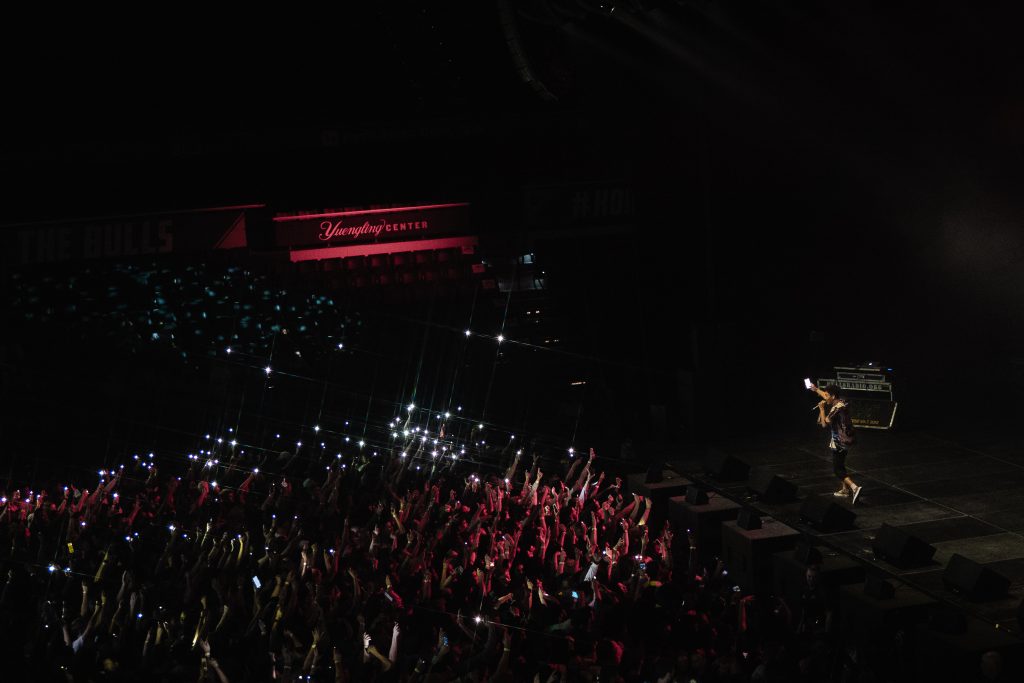 A 30 minute intermission ensued, but from where I was standing it didn’t appear that any bathroom break was worth risking the loss of a valued spot. This crowd was determined.

The dimming of the lights swiftly brought anticipation back to the crowd, leaving only an ominous red glow to illuminate the center of the stage. The DJ spun-up Drake’s verse on Sicko Mode and emerged from behind his booth, running and jumping across the stage as the fans got pumped for the impending show. The hype man’s hype officially installed, he went back to his booth and let the song fade out.

The fast-paced beat and banging bass of “Wit It” blasted through the speakers as everyone on the floor bounced and sang along as a cohesive unit. Gunna himself burst out from the darkness onto the scene, illuminated by the flash of hundreds of phones hoping to record the madness for their sure-to-be hundred seconds long Snap-stories. The energy in the arena was extremely high, from the fans to the DJ to Gunna himself. You could feel it in the air. 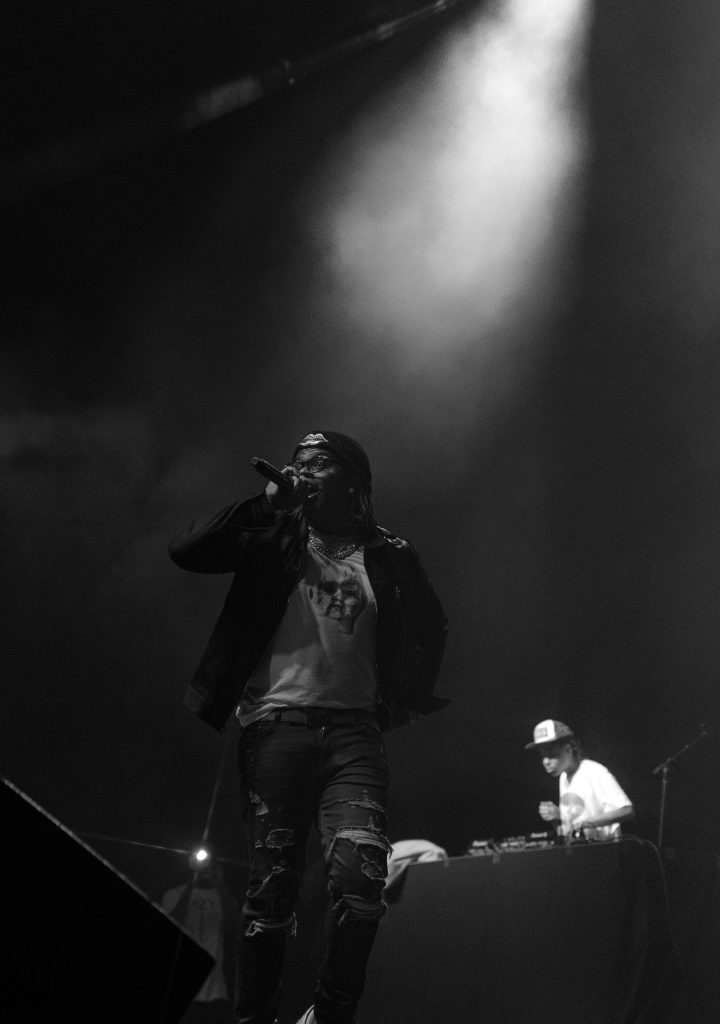 After finishing “Space Cadet,” Gunna put the mic to his lips and shouted, “What’s good UCF!?” forgetting he was performing at USF. Aptly, the entire arena loudly booed him. Thinking quickly he corrected himself and walked calmly to the stage-front.

“Aye aye look man, you seen these Margielas on my feet, Amiri jeans clean too, and this Gucci belt shining in the lights I know y’all see that. Amiri jacket to match the jeans y’know what im saying. I got all this overseas drip” – Gunna at The Yuengling Center, Tampa (2019)

As if he’d sung them a lullaby, the crowd went silent, unable to respond in unison to the weight of the flex. The silence was quickly replaced with deafening cheers as the beginning of “Drip Too Hard” played through the speakers; Gunna had smoothly erased his slip-up from two minutes before.

As “Drip Too Hard” faded, the music paused again so Gunna could take a look at the 10,000 faces peering back at him. 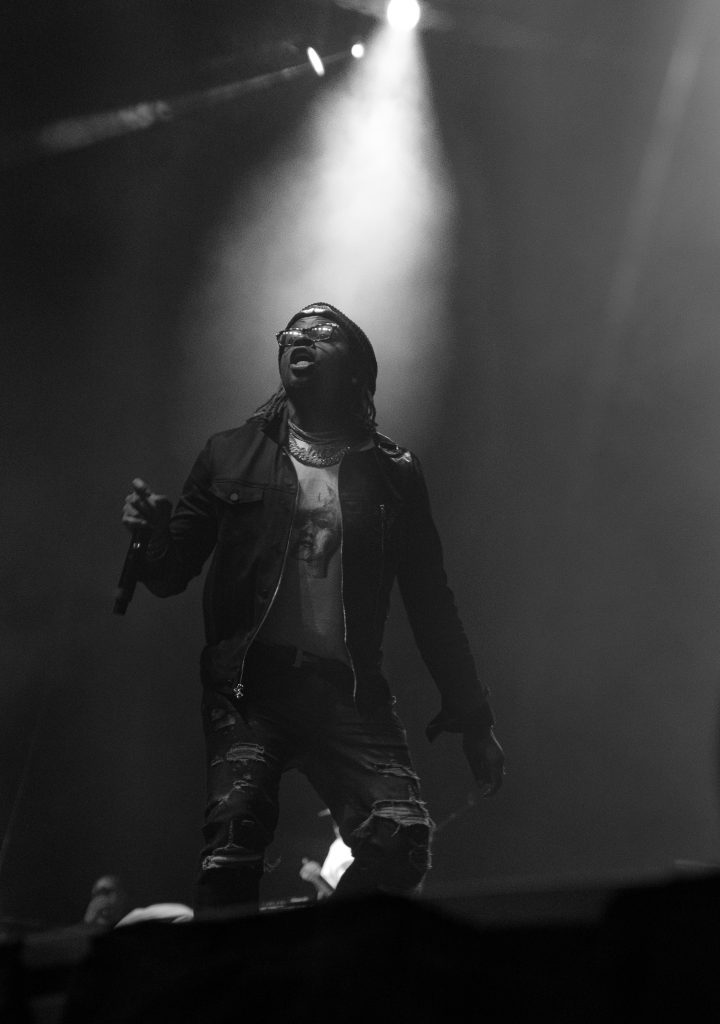 With that, the crowd went wild as the initial guitar riff of “Sold Out Dates” ripped throughout the arena. The fans were even more lively than before, as they began to jump and bounce together intensely to the wild beat. In the middle of the crowd, the mosh was brought to life, and it was getting rowdy, quickly. Security leaped to action to control a fight that broke out within the chaos; but that didn’t stop Gunna and everyone else transitioning gracefully from “Sold Out Dates” to “Yosemite,” as the show continued to get better and better.

Towards the end of the performance, Gunna walked around the stage and collected the multitude of bras that had been thrown at him during the set and proudly waved them above his head like flags. He knew he was a rockstar and wasn’t afraid to show it. He had unwavering confidence about him, and it’s easy to tell that persona lived not only in the music, but within his every move. Apart from the deep bass and the rhythmic beats of his set, one thing about Gunna that translates into his songs and resonates with his fans is the confidence he gives his listeners; that feeling is why fans will buy ticket after ticket to see him perform at concerts around the country. 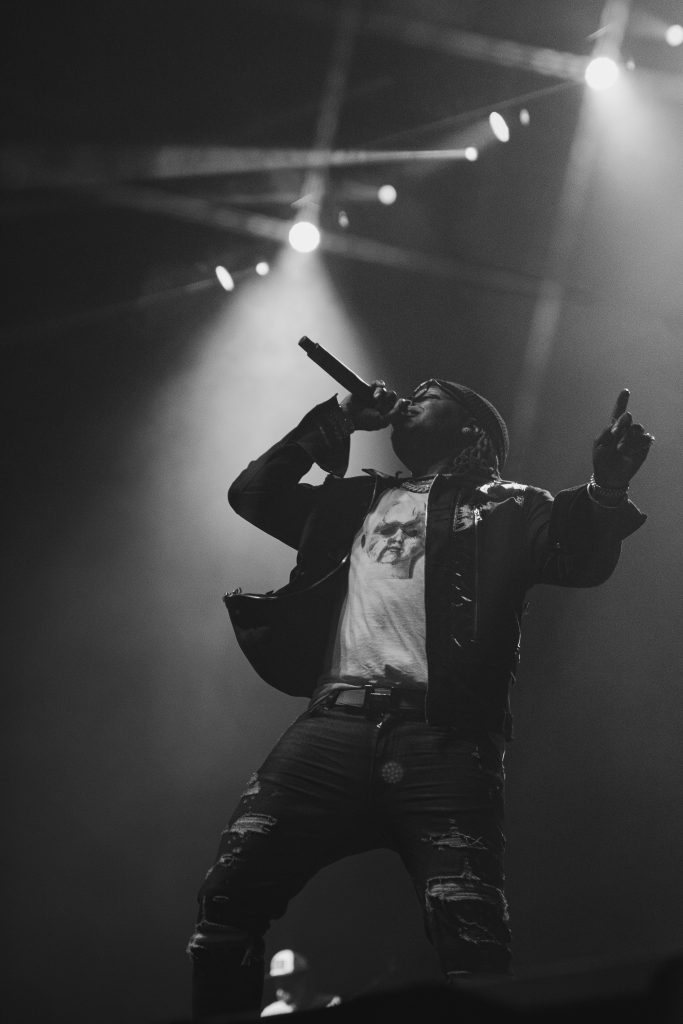