2017 has been an unusual year for Frank Ocean’s career, even by his own self-imposed standards. Ask an Ocean fan when the last time their favorite artist dropped a non-album single was before this year – you’ll probably get a scratch of the head and shrug of the shoulders. Believe it or not, Frank Ocean had never dropped a non-album single before March 10, 2017. The enigmatic voice of a generation headed into uncharted waters this year, leaving a wake of fanaticism bordering on addiction behind him with every move. Here’s an overview of all the highlights of Frank Ocean’s 2017: 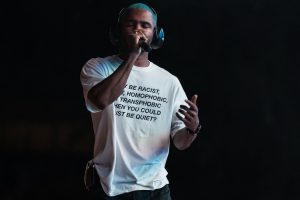 After deciding against touring in the aftermath of his acclaimed album Blonde in 2016, Frank Ocean had eleven shows scheduled in 2017 – all at major music festivals. The majority of the shows were planned abroad, including performances in Denmark, England, Spain, Sweden, and Finland. Unfortunately, in the midst of widespread excitement for his return to the festival circuit and the buildup for his first live performances since Blonde, Frank Ocean pulled out of Sasquatch! Festival’s lineup in May due to “production delays beyond [Ocean’s] control”. He followed that by cancelling his following two scheduled appearances for the same reason.

In the face of growing anger and frustration from the musician’s fanbase, Frank Ocean ultimately made his first live appearance of the year at Denmark’s Northside Festival in June. He then made his first domestic appearance since 2014 at FYF Fest in California, famously bringing out Brad Pitt as part of the hour plus show. His shows carried a raw, intimate feel that continued the emotional tidal waves and beauty in abstraction served from Blonde. 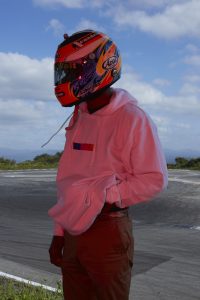 Not to be confused with his critically acclaimed 2016 album Blonde, Ocean’s Beats 1 radio show blonded RADIO. The show, which is available on Apple Music even without an Apple Music Membership, became a new channel through which Frank Ocean was able to share his musical tastes and influences and connect directly with fans.

The show also became his preferred avenue of debuting new music, which allowed Frank to create a more guided and personal introduction for the music for fans. Episode 002 of blonded RADIO featured the release of hit single “Chanel”, his first solo effort released after the double header of Blonde and Endless in 2016. Episode 004 featured the release of his single “Lens” in two versions, with one featuring collaborator Travis Scott – although this version was not released on mainstream music platforms.

RAF, another single by A$AP Mob that featured an edgier, rapping Frank, was similarly released with two different versions featuring different Ocean verses at the end of the track. The song’s version released on A$AP Mob’s album Cozy Tapes Vol. 2: Too Cozy included both verses, making virtually the entire second half of the song Frank’s own. As far as we know, it’s the only place in the world you can hear Frank Ocean rap over the sound of a gun cocking. 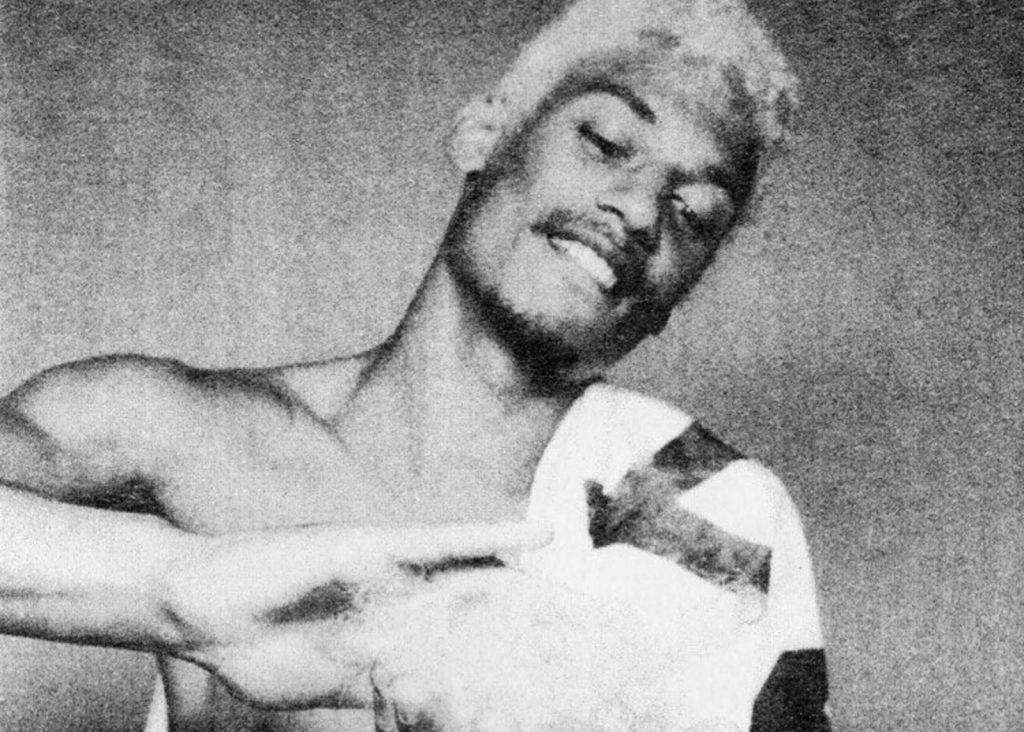 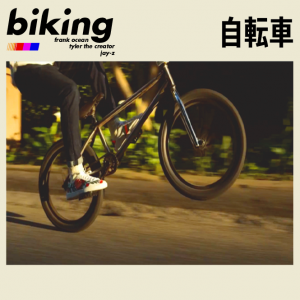 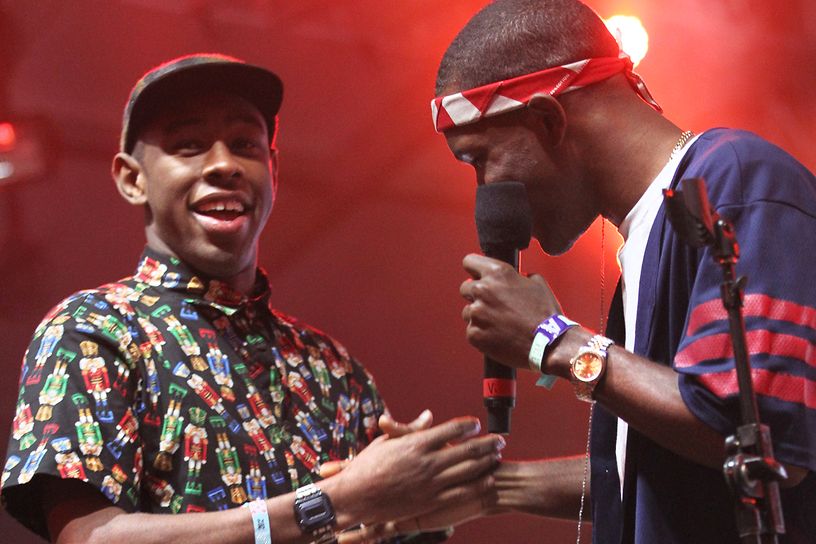 Tyler, The Creator’s self-produced album Flower Boy garnered great critical acclaim as he pushed his sound beyond the boundaries of hip hop and into an indie/alternative sound. Frank Ocean was the album’s only contributor to be featured twice. His trademark croon appeared on the album’s second track, Where This Flower Blooms, as well as the hit single 911 / Mr. Lonely, which made rounds on the night show circuit (sans Frank, sadly). 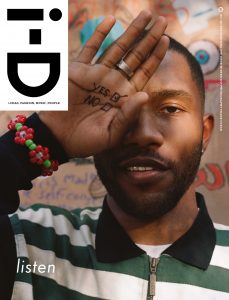 In October, Frank Ocean created a spread of visual art allowing an inside look into his year as a distinctly Frank approach to the concept of an interview. The 32-page shoot featured images of collaborators, friends, and Frank himself in varying candid and planned shots shot throughout the year. The visual essay was accompanied by a personal letter to give a raw glimpse behind the scenes and lights.

“You can answer a lot of questions with “Yes.” But you can answer many more with “No.” No is run-of-the-mill. Yes is a gem. Whenever I feel alone I watch live television, something about it being okay on their end makes it okay on mine. Onstage one in-ear is my mic feed and the other one is a Tim Ferriss podcast. I go long periods without talking but I raise my voice when the people on the phone are in loud places. I’ve never given my fans nicknames because the ones I think of are embarrassing. I’m world famous. I had peace in my twenties. Big Pharrell praying hands those weren’t mutually exclusive. If you want to make your 30s sound appealing just mention “sexual prime.” Re: the photos… as Karl Lagerfeld would say they “came to me in a dream.” Summer two thousand and seventeen. We leaned into it. Bananaberry-flavored candies at the bottom of the cup. I’ll never know why or what’s with campouts for Szechuan sauce at McDonalds. But I’m way into it. Issa Dreamworld. If you liked two thousand and seventeen then you’ll love two thousand and eighteen.”
– Frank Ocean 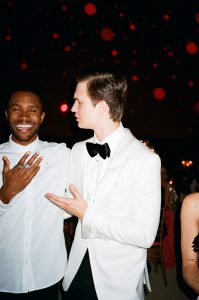 Shortly after dropping the single “Lens” on Episode 004 of blonded RADIO, Frank made an appearance at the Met Gala – but chose to flex his creative muscles through a different artistic medium: photography. Frank documented the Gala with a special edition, personally shot photo album through a Contax T3 35 mm to get the classic grainy visuals from analog that have become such an integral part of his nostalgia-filled artistry. The images were striking and intimate, showing the event in a personal way that outsiders rarely get to glimpse. The Met Gala Photo Shoot continued Frank’s polymathic approach, utilizing alternative visual mediums to compliment the audio beauty that has built his persona to massive heights in such a short time.

Ever since his (now famous) coming out letter he released ahead of Channel Orange, Frank Ocean has used Tumblr as a way to communicate in an unfiltered, direct style to his fans. Posts on the generational artist’s tumblr over the last year include cryptic messages, promotions for new music and/or merch, personal reflections on politics and life, and much more. Here are a few highlights from Frank Ocean’ 2017 on Tumblr that you might have missed.

Politics and the Grammys

The year started with Frank Ocean having a lot to get off his chest, especially about America’s newly elected President, Donald Trump. In his first post of the year, Ocean praised the informant who built the Russian-Trump dossier, Christopher Steele, before speaking out on Donald Trump’s low inauguration numbers and saluting the Obama family for their time in the White House.

Ocean went on to respond to the critics taking aim at his continued boycott of the Grammies in a long and heated post.

“… I ACTUALLY WANTED TO PARTICIPATE IN HONORING PRINCE ON THE SHOW BUT THEN I FIGURED MY BEST TRIBUTE TO THAT MAN’S LEGACY WOULD BE TO CONTINUE TO BE MYSELF OUT HERE AND TO BE SUCCESSFUL. WINNING A TV AWARD DOESN’T CHRISTEN ME SUCCESSFUL. IT TOOK ME SOME TIME TO LEARN THAT.”

Frank Ocean posted several tributes over the year as a result of loss, including a post for his dog, Everest, who passed away due to cancer. Everest, an adorable Bernese Mountain Dog, was credited as an Executive Producer on Channel Orange and has been with Frank Ocean since his early days in California. 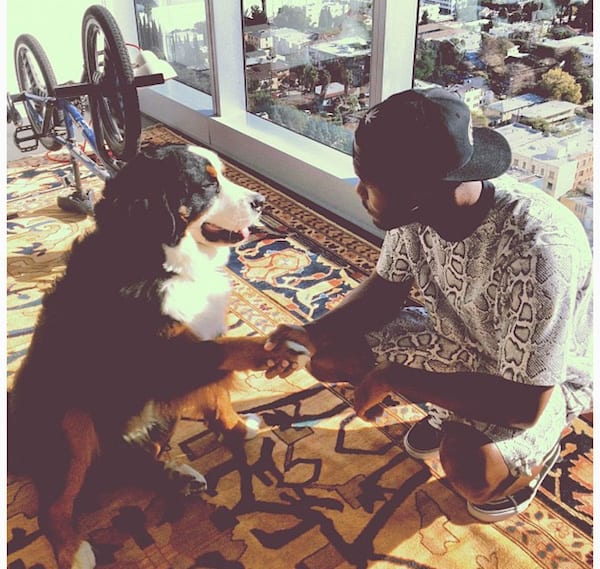 Ocean also posted a tribute to recently deceased Chinese photographer Ren Hang, who gained worldwide notoriety for his depictions of sexuality and nudity in Chinese culture. His provocative and unapologetic approach to his art earned him heavy censorship and multiple arrests by Chinese authorities, as well as the respect and admiration of artists around the world.

Frank Ocean’s tumblr has been a means of delivering his art to the masses for years. Although he began debuting new music on his blonded RADIO show in 2017, he continued using the medium to share various blonded RADIO artwork as well as promoting his personally curated Blonded playlist on Spotify. Ocean also shared a video of a hauntingly beautiful in-studio rendition of “Nikes” to slow piano. If you haven’t seen it, it’s 100% worth checking out below:

For Frank Ocean, 2017 was about exploring alternative art forms, connecting with his fan base in new ways, and sharing his latest wave of music with fans in intimate, live performances. Ocean released a relative deluge of non-album singles for the first time in his career. Judging from Ocean’s own tumblr post, there’s a slim chance we may still be in for some new music before year end – but don’t hold your breath. All in all, Frank Ocean seems to be getting more comfortable sharing his life with the public, albeit through unconventional, self-directed mediums. The future is looking bright and wavy. To quote Ocean himself: “If you liked two thousand and seventeen, then you’ll love two thousand and eighteen.”