CentralSauce » A Look Inside the “Flower Boy” Vinyl 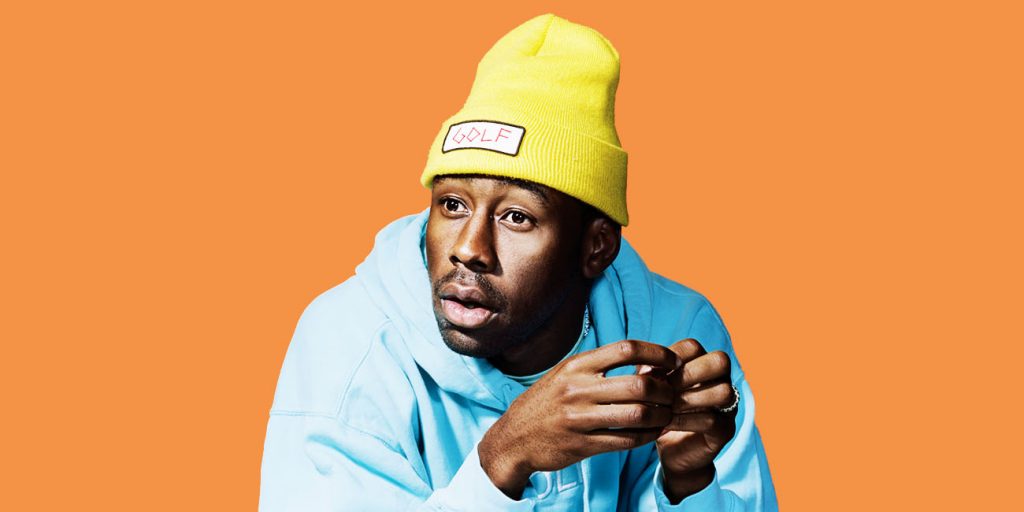 Since the release of his album Flower Boy, critics have spent a lot of time praising Tyler, the Creator for his maturation as both an artist and human being. But one quick look inside the vinyl assures us that Tyler is still the same old fuck boy that ate a roach back in his Odd Future days – and I couldn’t be more glad.

Flower Boy is an excellent album filled with instant classics and hidden gems. Every time I listen through the project again I pick up on a new favorite song from the bunch. Just like each of his prior albums including Cherry Bomb and Wolf, Flower Boy was self-produced by Tyler from top to bottom.

In fact, I enjoyed Tyler’s hard work much that I decided to support him by getting the album’s vinyl. After being extremely impressed by the detailed beauty of both the album cover and the music itself, I couldn’t wait to hold this physical copy in my hands and check out the rest of Tyler’s album art for myself.

Two weeks later and the vinyl had arrived. I excitedly opened it up, gazed at the inner pages for a few seconds, and then started laughing my ass off. Let me show you why.

Inside the Flower Boy Vinyl

Open up the vinyl and you’re immediately confronted by a poorly shopped selfie accompanied by a personal message from Tyler himself. It’s a laughable juxtaposition with the colorful, dream-like artwork on the album’s cover.
In case you can’t quite read what his message says, here’s the quote:
“An amazing photographer and I took some sick photos for this album that were spose to go here but her agents or what the fuck ever said that it couldn’t happen so I relied on cell phone pics. Love you ******, next time =(”

And then here’s the other page on the inside:

Tyler put so much time and energy into the album’s music, its promotion, and even his personal image to try to take the project to a larger, more mainstream audience. He even went so far as to do a tiny desk at NPR to promote the album, something I can’t imagine the Tyler of 2015 doing.

Considering the vast majority of people who loved Flower Boy enough to get the vinyl were probably long-time fans, it was nice for him to give them a little slice of the old “no fucks given” Tyler that we all know and love.

Who knows whether he ever even did take those pics with the “amazing photographer” he talks about, but that isn’t the point. Tyler has never been able to give up a good opportunity for a joke, and it doesn’t look like that’s changing any time soon. 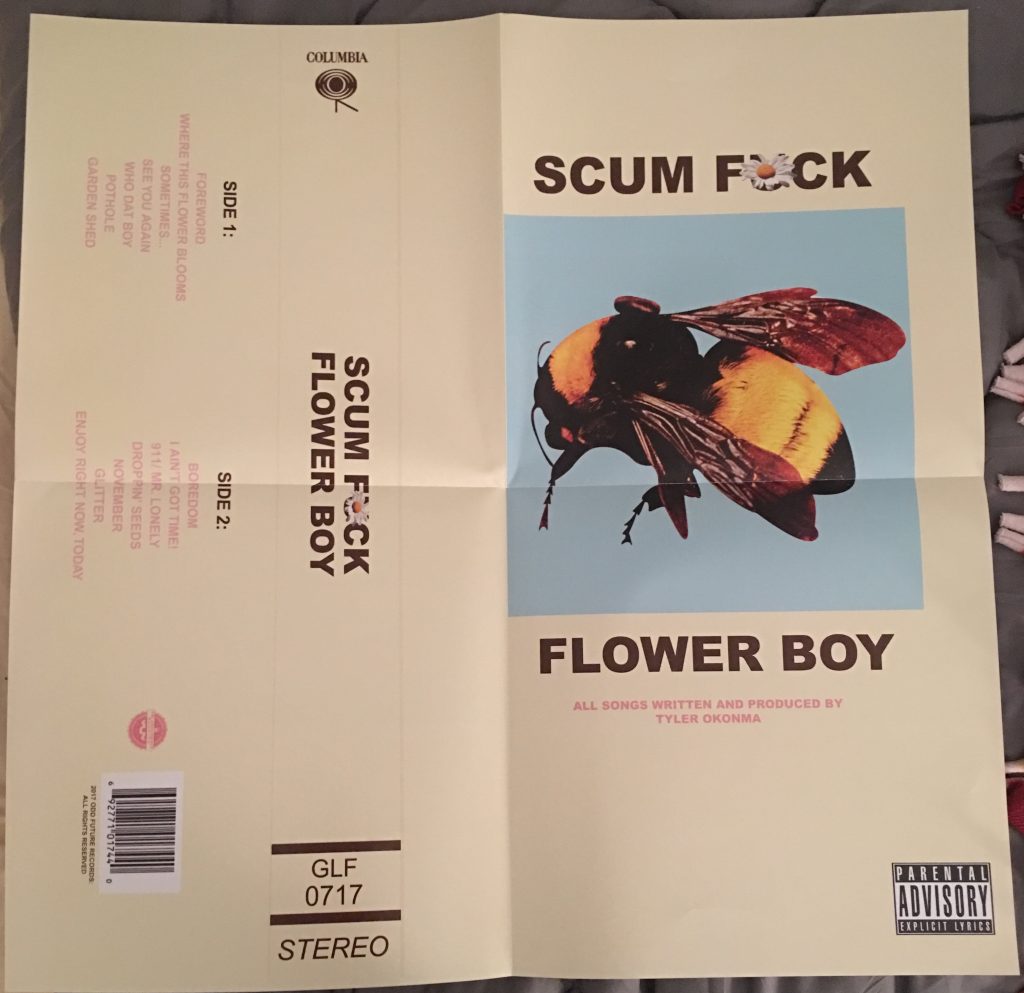 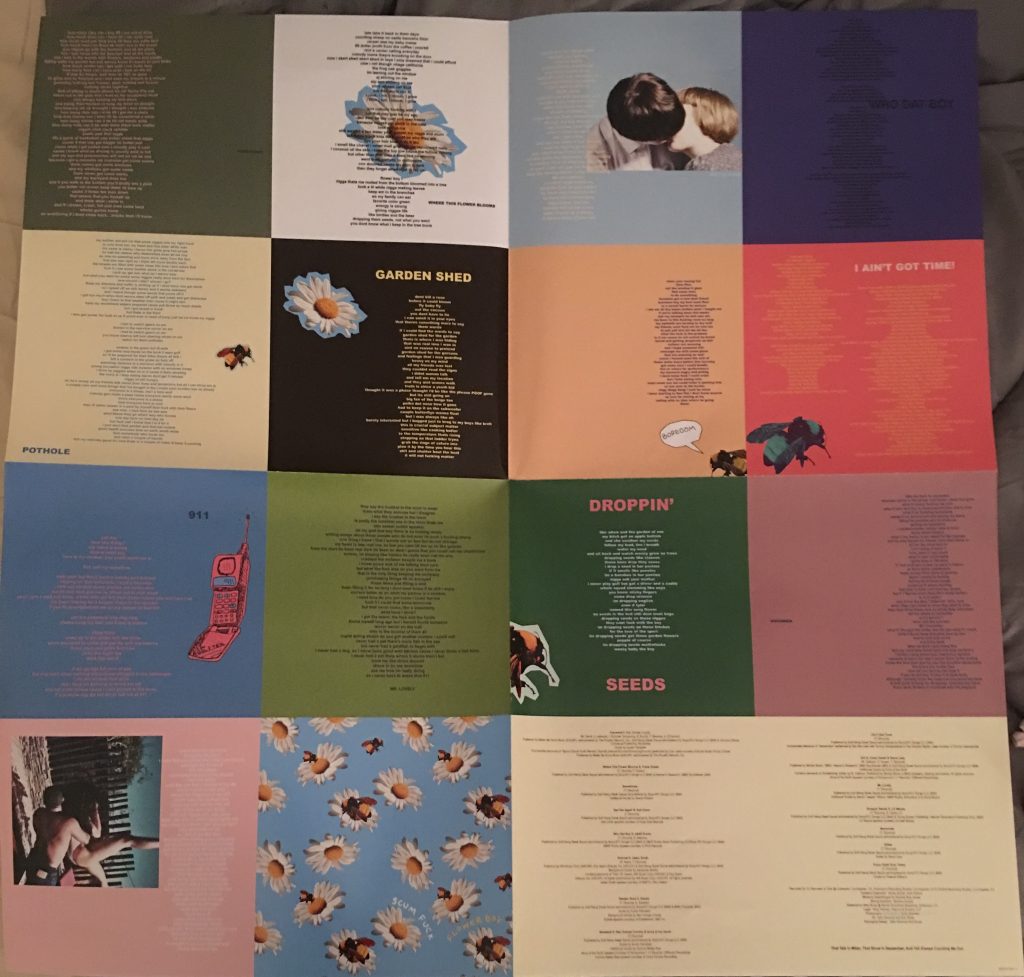