EARTHGANG’s new EP is dropping later this month. To celebrate, we’re throwing it back to the first music video these talented hip hop hippies from Atlanta’s southside ever made.

Although it seems like they’ve blown up out of nowhere over the last year, EARTHGANG has actually been making music together for close to a decade. That’s the story of indie artists in the rap game: you see more money on every album / mixtape you sell and get to retain complete creative control but your music doesn’t make it to the national audience.

Now that they’ve signed on with their first major label, more ears and eyes than ever are focused on EARTHGANG’s partnership – a partnership that has its roots in a 10th grade field trip all the way back in 2008. 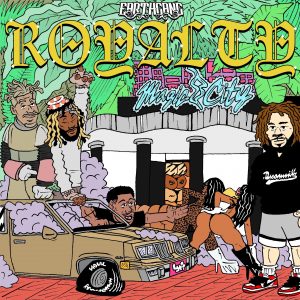 EARTHGANG came up as independent artists in the Atlanta underground. They dropped three albums completely independently, formed a dope hip hop collective while at Hampton University, and went on multiple nation-wide tours before signing with J. Cole’s Dreamville Records in Fall of 2017.

Since then, they’ve been working on a trio of EP’s to kick off their relationship with Cole’s label. I’ve kept the first two, Rags and Robots, playing on repeat around my crib for the last three months. The third EP, Royalty, comes out this February. It’s gonna be fire.

Check out the video from EARTHGANG’s mixtape, Torba, that started it all. (caution: includes mild nudity and downright obscene)

Royalty is EARTHGANG’s third EP of a trilogy they announced to kick off their stint under Dreamville Records. The EP was originally slated for a January release, but was delayed to February for unknown reasons (probably because they were doing too many shrooms with Isaiah Rashad). Considering their affiliation with Dreamville, possible features for Royalty include J. Cole, Bas, J.I.D, and star-bound rookie Saba. Rags and Robots, their first two EP’s, had some excellent features including Mick Jenkins, Sir, and fellow Spillage Village member J.I.D. 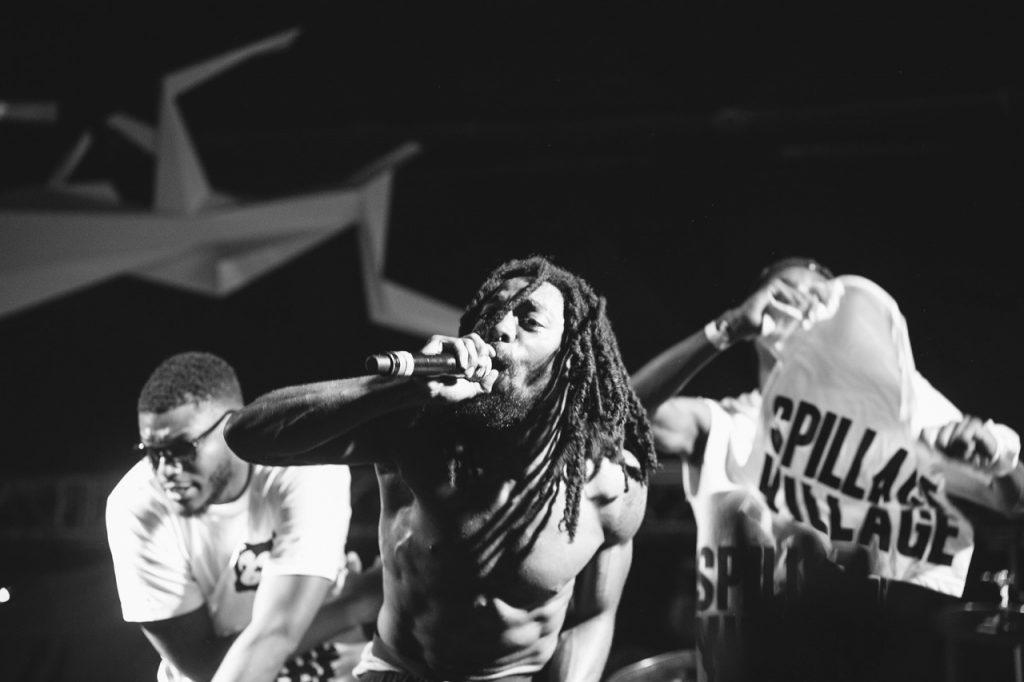 Royalty is only the beginning of EARTHGANG’s big plans for 2018. The duo recently announced that they have another project in the works with their collective, Spillage Village.

Spillage Village is must-hear hip hop. The five man collective pulls inspiration from their jazz and soul roots to create a sound that is unlike anything else in hip hop today. With trail-blazing members like J.I.D, EARTHGANG’s Johnny Venus and Doctor Dot, and Baltimore talent Hollywood JB, they’ve got a strong cast.

Although the album doesn’t have a title or release date yet, the knowledge that they’re sticking with the SpillVill project is excellent news for hip hop fans. Spillage Village showcased a growing chemistry on their last album, Bears Like This Too Much. BLTTM was one of the most slept on, under-rated, and under-appreciated albums of 2016.

If you haven’t given it a listen, check it out:

EARTHGANG often catches comparisons to another unrepentantly weird duo out of Atlanta: Outkast. Although EARTHGANG’s biggest influences mostly include artists outside of the hip hop genre, it’s not hard to see some similarities between these two uber-creative duos.