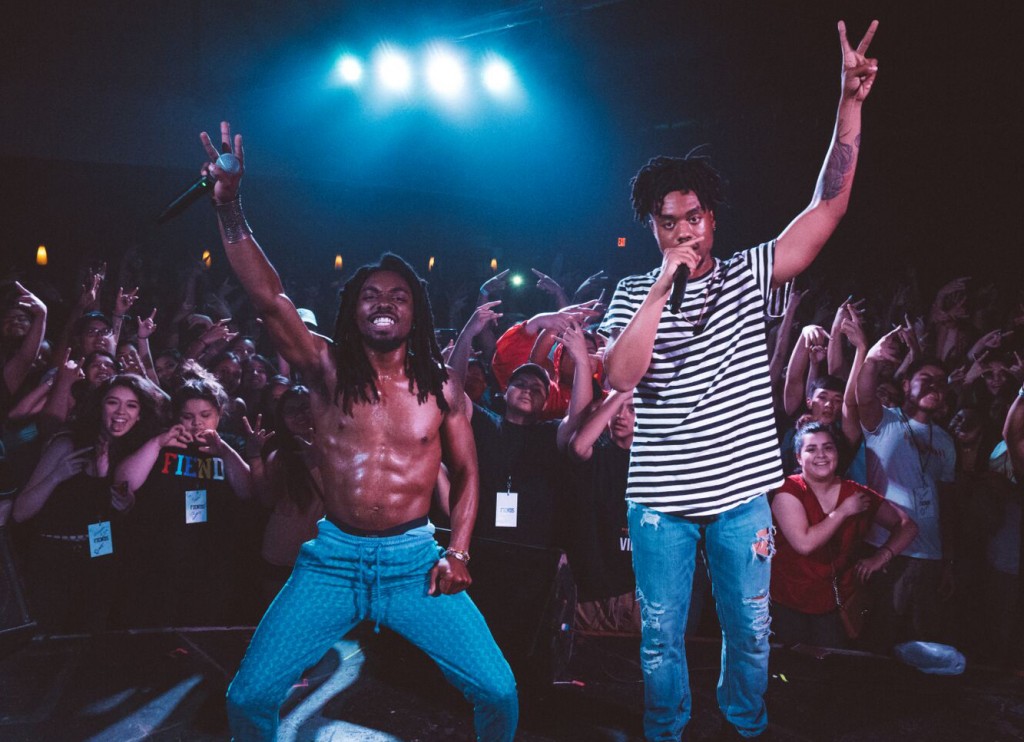 It’s no secret that Donald Trump isn’t the most popular guy in hip hop. Or in Europe. Or even in his own country for that matter (but I digress).

If you ever had any doubts about Europe’s opinion of Trump, EARTHGANG is here to clear those up for you.

Let me set the stage.

It’s the 39th stop of J. Cole’s 57 stop tour, 4 Your Eyez Only. Cole and friends just wrapped up the US portion of the tour three days ago and arrived in Stockholm to show Sweden how Dreamville does things. Along for the European leg of the tour are new Dreamville signees and Spillage Village members EARTHGANG and J.I.D.

J.I.D. is riding the success of The Never Story, his breakout album under Dreamville, while EARTHGANG are flying high after signing with Dreamville just a month before. The duo had been fighting off record deals for the first six years of their career but Cole’s assurances to let them continue to exercise creative control had a nice ring to it.

For EARTHGANG, the tour is something special: their first ever performances overseas. And they want to make sure these Swedes know how the culture feels about our orange president.

If you’ve got a couple minutes, watch the video all the way through – these guys are known for their wild and explosive live shows. But if you’re just here for the goods, go ahead and skip to 0:57. If you’ve ever wondered what thousands of Swedes yelling “FUCK DONALD TRUMP” sounds like, now you know.

Earthgang And J.I.D In Sweden 2017 Going Crazy (4 Your Eyez Only Tour)
Related Sauce:   How J. Cole Flourished Under - and Ultimately Outgrew - Jay-Z’s Approach as a Label Head (ROTD 3 Preview)

EARTHGANG’s got somethin’ to say

These days, it isn’t too uncommon to hear Donald Trump’s name come up at concerts – after all, the man lives on controversy and has made no attempt to build bridges with the black community. But for EARTHGANG, a “Fuck Donald Trump” chant fits like a glove if you consider the fact that the duo has mentioned both Eldridge Cleaver and Richard Pryor in multiple interviews as a few of their biggest influences.

To give you a little background, Eldridge Cleaver and Richard Pryor were both major figures within the civil rights movement and black culture overall during the 60’s and 70’s. Cleaver was an influential writer and political activist who served as the first Minister of Information (aka Spokesman) for the Black Panthers. He also served as Editor for the Party’s official newspaper. Pryor was an iconic comedian known for his wit and social commentary on race-relations and the Black American experience. After a slow start to his career in New York, Pryor moved to Oakland and met Huey Newton, the founder of the Black Panthers. The experience led him to reinvent his act with more race-related and provocative content, which ultimately took him to the big time.

Just like the men and women they look up to, EARTHGANG isn’t afraid to voice controversial opinions or tackle hot button social/political issues. In the video for their single “Meditate”, the duo raps about racial dynamics in America today while Johnny Venus ends up hanging via a noose made from an American flag: