CentralSauce » Why We Like It: Dre Wave$’ “Wordsmith” Ft. redveil 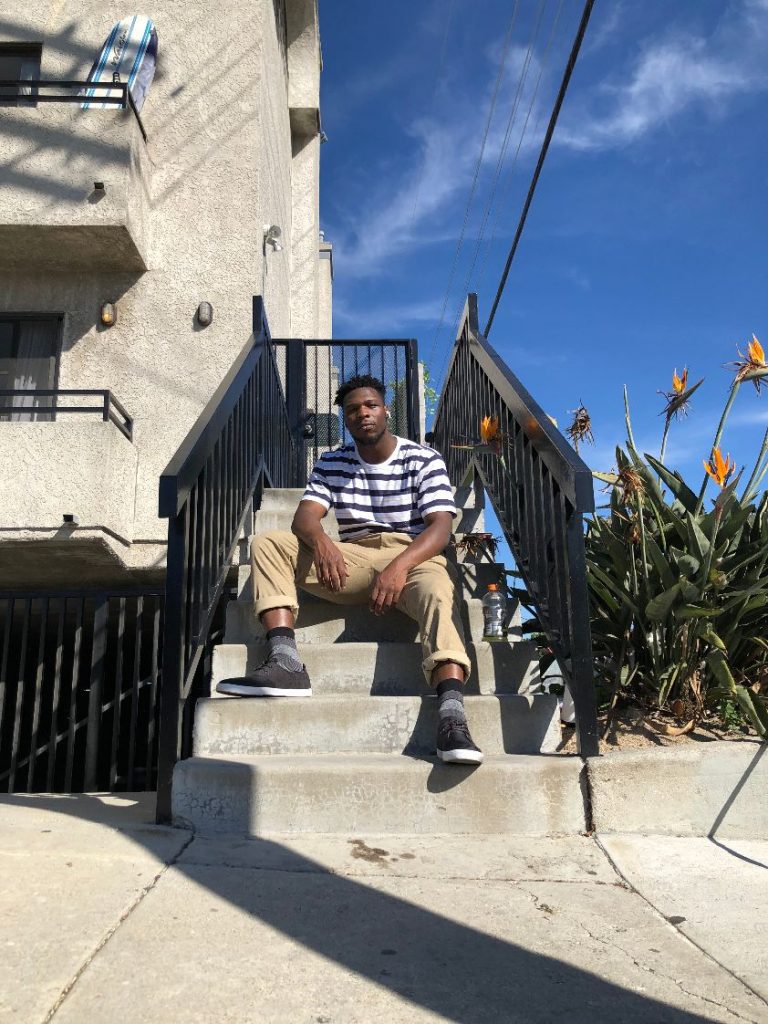 Dre Wave$ and redveil are both young emcees laying bars out of the DMV. “Wordsmith,” a tempo heavy rap about living with an artist’s mindset, found its way to CentralSauce after Dre got in touch with me over Twitter.

Crafting words to communicate thoughts, ideas and information — the sweet spot where emcees and journalists find their common ground. One of the things I’ve always loved about writing is that no one can take it away from you. No matter the condition of your life or environment, there’s no barrier of entry to using language to create. That simple understanding gives Dre Wave$ a mystical sense of confidence.

“Baby I’m a wordsmith,” Dre raps. “Wavy take me under surface / Them people told me I was worthless / I ain’t rockin Hermès / But the smoke it make me hurt less / I’m just tryna find what works best.” The hook to “Wordsmith” comes in response to how he feels about the expectation that rappers should be flashing designer clothes and putting on extravagant airs. But “Baby I’m a wordsmith.” His placement in life as an artist who gets to work with language means more to him than a gilded image.

While Dre’s content to live as an artist and rock soulful flows like this for a living, he also raps about the pressure he feels to make that living match up to his pride for artistry. His deep cadence gives the bars significant weight when he spits: “Blinds tinted ‘nd broken cuz I grind different / hoping I can get these rhymes finished / Society fucking up my sobriety.” He may be rapping about the ills of focusing on imagery, but I can vividly feel the emcee’s struggle with the contradiction between the value he places on the art compared to the financial compensation of it. That’s why the confidence of “Baby I’m a wordsmith” rings so deep. Dre Wave$ will always be a wordsmith and always believe fully in the value of that commitment.

redveil’s guest verse matches Dre’s tone with equal ambivalence for the brackets that others have placed on them. “Been steady waiting for this / How could I be nervous,” redveil raps. “What you see up in the front / The same shit behind the curtain.” He doesn’t feel like he needs to front because his place as an artist and the growth of his craft is already inherently more valuable than metrics of success people expect to be measured by.

The emcees’ steady confidence in their craft is inspiring for a creative industry that often undervalues “creative” and overvalues “industry.” As a writer I can connect with that desire to make working with words the most valuable aspect of my life, and when I listen to “Wordsmith” and hear Dre Wave$ and redveil flexing that aspect of their own lives, I feel the pride in that overtake the expectations and doubts. Next time someone asks me what I do for a living, I picture myself responding, “Baby I’m a wordsmith,” with a smile and driving off like the end of a Tarantino movie with the bounce of the track’s soulful loop matching the busted shocks of my ‘02 Pontiac.

Being an artist is different from other jobs because you have to be vulnerable in some ways. You’re bringing people into your world and in your head. The grind is different because you get to explore sounds, but sometimes it’s hard to put your thoughts into the music if you’re not thinking clearly. The results are different because you never know what song is going to do well or change someones’ life. There’s more stability in just working a 9-5 or something because you usually doing the same stuff and expecting the same pay. There’s more uncertainty and possibility being an artist.” — Dre Wave$ for CentralSauce