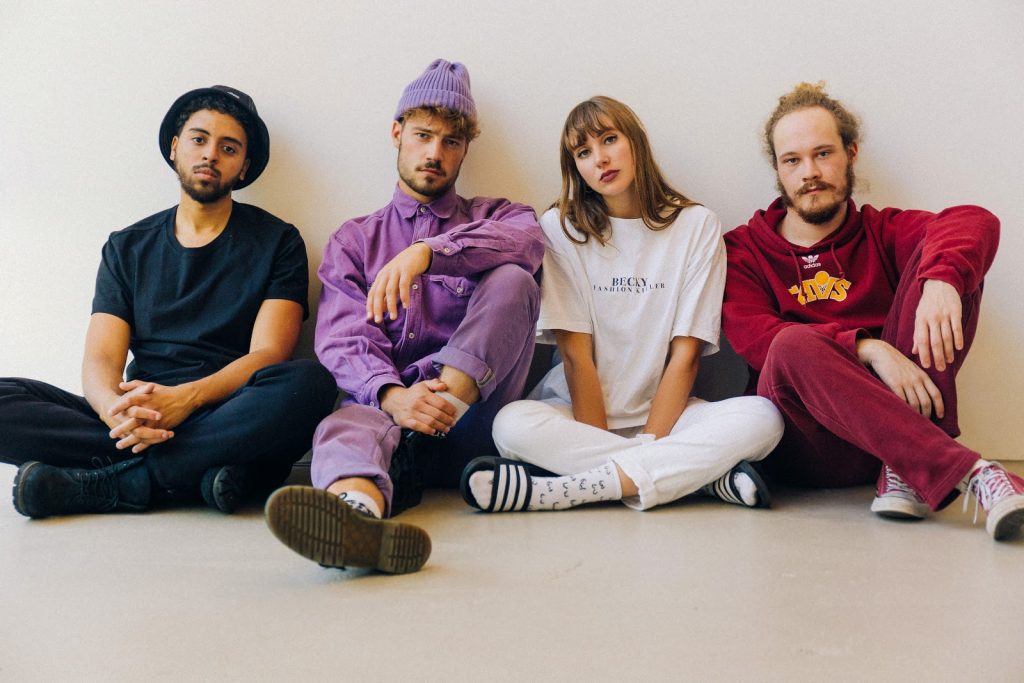 Rotterdam-based alt-R&B-band Dragonfruit seduce us with sweet words of temptation in our SubmitHub inbox. “Apples,” a grand production of a song, sees itself gleaming and glowing in greatness as it tells us the tale of how Lucifer tricked Eve. The song is seductive with its spellbinding lyrics and captures the heart in a trap.

The all-Dutch band consists of vocalist and songwriter, Danique van der Vlught, bassist and sound engineer, Bryan Manuel, pianist/ keyboardist, Anton de Bruin, and drummer, Thijmen Molema. A group “born out of a love for sample hip hop and neo-soul,” their love for the music is true and they bring this love to life with their elegantly textured music. Take a bite and see what their music says to you.

Tracing that first bit of doubt to the slithering serpent, the Apple has now become a symbol of seduction and provocation in certain cultures. It’s a fruit with many meanings and even Webster’s Dictionary points out that it’s theological origin of “Adam’s Apple” is because of the sin committed. Forever having a piece of the fruit stuck after choking on a bit of it. It’s juicy and delectable in tastes and it’s allure is as binding as the snake’s words and they’re perfectly on display in Dragonfruit’s “Apples”.

Over production that’s cutely quirky and inviting, lead singer Danique van der Vlught sings smoothly with occasional inflections to suit the fun nature of the song. Anton said of the production that “My inspiration comes from some sounds I was playing around with the night before I moved houses.” As the song progresses, the production becomes more lavish and some elegant strings appear to grace the track in its chorus. The fun isn’t gone but it’s becoming more and more hypnotizing. The spell was cast and I was under its full power.

Danique sings as if she’s the snake that got Eve to fall from grace. Lucifer doesn’t want to be alone and wants to slither their way into the heart of the woman God created. The lyrics even add to that feeling with “I offer you the taste of hidden treasure, treasures / Forbidden is more fun / I know what you want” in the bridge. The senses are tingling and enticed to grab hold of taboo.

“Itʼs a playful, chill and fun song that depicts the moment in which the serpent seduces Eve to take a bite out of the forbidden fruit, a piece of fruit from the tree of knowledge of good and evil.” – Danique van der Vlught, Dragonfruit for CentralSauce

For any convincing argument, the words must attract some level of doubt in the other party. The lyrics sung by Danique’s serpent cast doubt by saying God is lying and shouldn’t be trusted. To break a promise would be revenge, but more than revenge, it would be fun. The whole argument is that the grass is greener on the other side after eating the apple, and the betrayal of eating the apple is the key to gaining the knowledge needed to get that greener side . It sets the stage for what’s to come in the lavish melodies and harmonies sung in the background that swell to climax.

I think the song meets so many aspects of my personal tastes with the vocals and lyrics, and how it envelops me in its world. It never lets me go. There’s a charm that’s enchanting and I love the place I’m in. The first time I heard it, I was just lost in the Garden of Eden watching the events that doomed man take place, and each time the song comes around, I’m there again. Lost. 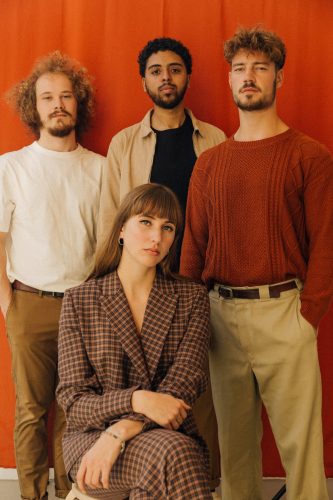 Anton: I wanted to create one last thing in my old place and was just playing around with the sound that you hear in the trackʼs intro: this old school video game type sound. I’ve always had a special place in my heart for these types of sounds; samples and synths I can get lost in for hours. Fun fact: in the intro you can actually hear an old Nintendo console boot up and run throughout the track!

Danique: The melody actually came to me in an instant. When Anton sent me the instrumental, I immediately started jamming around on it. These jam lyrics usually already contain a word or sentence that I strongly connect to, for some inexplicable reason, and this time that was the word “Apples” in the sentence “I can get you apples if you want.” That got me thinking: who would use this sentence? Who is going to be the protagonist in my lyric? What was this person like? Was it even going to be a person or a personification of something? These questions led me to the story of Adam and Eve and the Garden of Eden. I read this passage in the bible and started thinking about what it meant to me and what I took away from the story. I decided I wanted to write my lyrics from the perspective of the serpent, which I see as a voice in Eveʼs head rather than an actual serpent. Just like we all sometimes have a very charming or persuasive little voice inside our head encouraging us to do some things we’ve been told not to, or we know isnʼt necessarily good or right for us.

Related Sauce:   Why We Like It: SonikCuts x Guilty Simpson’s “Beware”

To follow Dragonfruit on their journey, you can follow them on Instagram and Facebook. Also check out their previous singles “Wasted,” “Some Say” with TRIOMPHE, and “Gears of the Giant Machine.” Be on the lookout for a project from them in the future.