Doris, the first of Earl Sweatshirt’s two studio albums, was released on August 20, 2013. In the five years since, the Los Angeles-based rapper has become one of hip hop’s most lauded young lyricists and, much like his Odd Future associate Frank Ocean, one of the culture’s most enigmatic figures. Earl’s long absence from the limelight has led devoted fans to pore over his every move, scouring his work for any hints as to his much-anticipated third LP. Though it’s slated to drop in the fourth quarter of this year, it’s anyone’s guess as to when the record will finally appear.

From the moment Earl dropped his debut mixtape in 2010, he’s been praised as one of this generation’s premier emcees. Cutting his teeth with the same profane hyperviolence as Odd Future colleague Tyler the Creator, Earl’s legend only grew when the approach backfired and his parents (a noted poet and a law professor) sent him to a boarding school in Samoa, pulling him from the controversial Ladera-based collective. It was only on his return to California that he began crafting his debut album, writing rhymes and – for the first time ever – trying his hand at production.

Earl produces under the alias randomblackdude, a name that can be found on seven of Doris’ fifteen tracks. Coincidentally, seven of the fifteen tracks also contain samples, though the crossover between these two groups is low: of the seven randomblackdude joints, just two feature samples.

In celebration of the fifth anniversary of Earl’s Doris and in anticipation of his next move, we’re breaking down the samples on his debut LP and considering what the evolution of his production techniques suggests about his seemingly imminent return. 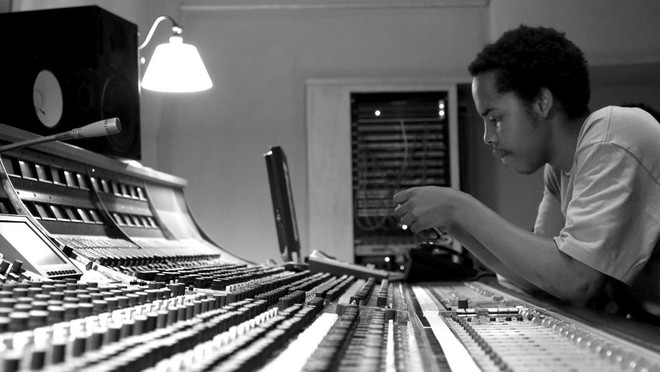 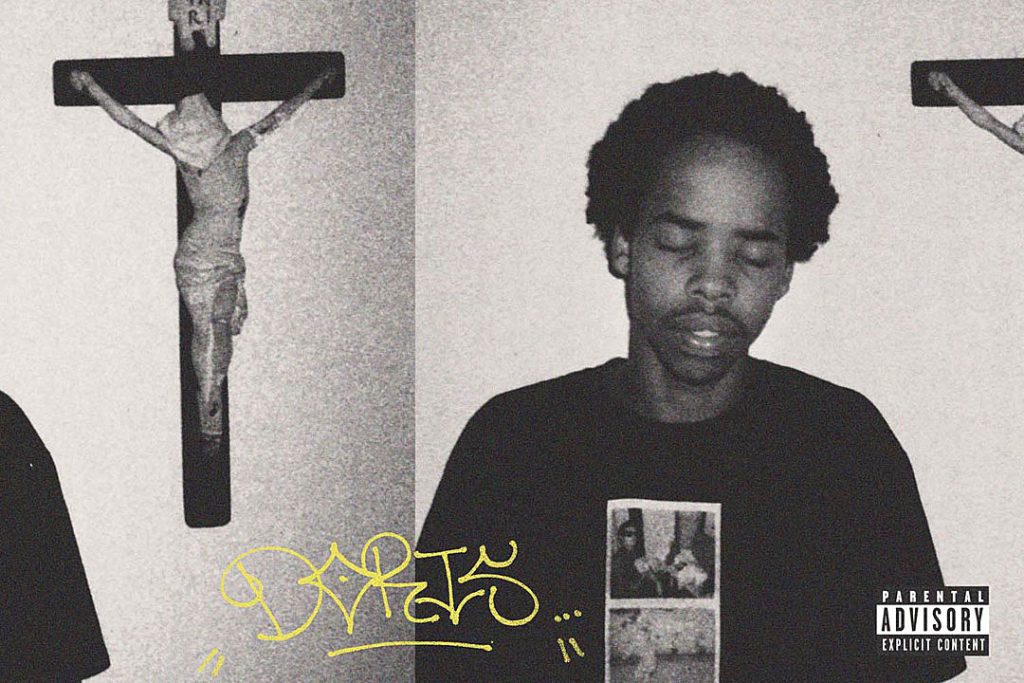 The Neptunes-produced cut features two singular samples, neither of which had ever been sampled prior. The instrumentation throughout is taken from Beggar & Co.’s “That’s Life,” an album track from their 1981 debut, Monument. The British soul group were an offshoot of Light Of The World, with whom they shared their intricate orchestral underpinnings. As is custom, the track opens with the familiar Neptunes production tag: a four-beat repeated phrase, present on cuts from Snoop’s “Drop It Like It’s Hot” to Pharrell’s own “Happy.”

The Spirit of Truth

Pharrell digs deeper still, sampling a famous meme and longtime mystery. The aggressive vocal sample at 0:25 – “cut that bitch off!” – is courtesy of Don Vincent, an LA televangelist whose profane and unorthodox public access program ran through the late 1990s. The then-unidentified Vincent received online attention as clips of his on-air antics begun to resurface online in the mid-2000s, and he officially identified himself as ‘Reverend X’ on the Howard Stern show in July 2006. Vincent’s videos, though they may seem like Adult Swim programming, were earnest.

One of just two tracks produced by Earl to feature a sample, “Chum” takes its drums from the introduction to The Vibrettes’ “Humpty Dump.” The Roscoe Porter-produced single was released in 1973, though it was first sampled fifteen years later. It’s since been featured in 57 tracks, including contemporary hits such as Isaiah Rashad’s “Silkk da Shocka” and older work by Pete Rock and Q-Tip.

A slew of writing credits for names such as Holger Czukay and Irmin Schmidt signifies a sample of influential Krautrock outfit CAN. Earl assembles the brooding beat from elements of “Soup,” a ten-minute track that originally appeared on 1972’s Ege Bamyasi. Already harsh and atonal, “Soup” is well in keeping with Earl’s underground sound. What’s more, the sample ranks amongst the most revered on the album: both Ege Bamyasi and Tago Mago have been hailed as containing some of the most influential experimental rock music of all time. Though hardly a fixture in hip hop, CAN samples have appeared on tracks by Kanye West and A Tribe Called Quest.

Earl’s lyric at 0:41 – “big baby Jesus, I can’t wait” – is an interpolation of a 1999 bar by Wu-Tang member and rhyme innovator Ol’ Dirty Bastard. The interpolation borrows from the titular refrain of “I Can’t Wait,” a track included on his lauded sophomore album, Nigga Please. Famed for his energetic delivery and unorthodox lyricism, ODB was plagued with troubles both legal and substance related, and ultimately overdosed in November 2004. Earl’s tribute to the late rapper comes by way of a deep cut, and as such, it remains the sole sample of “I Can’t Wait.”

Rich follows up his Can sample with the work of yet another avant-garde innovator, this time borrowing elements from the work of LA-born oddity David Axelrod. He takes from Axelrod’s “A Divine Image,” an oft-sampled track from the artist’s 1969 sophomore album, Songs of Experience. The horns at 0:53 are taken from 1:57 on Alexrod’s original composition, whilst the drum break that enters at 1:10 is lifted from 2:27 on the same track.

The drums throughout the vignette of a track is taken from the opening break on Sensations’ Fix’s 1977 cut, “She’s Gonna Grow On You.” The track was included on the fifth album from the Italian prog rock quartet, Vision’s Fugitives, and has been sampled just three times: once by Innernational in 1999, and again by DJ Shadow in 2003.

A RZA and Christian Rich-produced single, “Molasses” contains just one sample. The entire instrumentation is lifted from a brief section of Lennie Hibbert’s “Rose Len,” and shows off the Jamaican bandleader’s vibraphone talents. The infrequently sampled track was originally included on his debut album, 1969’s Creation, but has since featured on a 1999 installment of the lauded Dusty Fingers breakbeat compilation series.

Related Sauce:   Ever Seen Frank Ocean in a Mosh Pit?

The break in “Whoa” is lifted from an unlikely source: a 1968 track by Egyptian-Lebanese singer Bob Azzam. Azzam found success throughout the ‘60s, and as his career started to wane, he opened a popular nightclub in Geneva. “Whoa” borrows from “Rain, Rain Go Away,” a pop track that interpolates the traditional rhyme of the same name. The same track has been sampled in nearly 50 songs, including efforts by Earl contemporaries such as Action Bronson, Pro Era and Blu.

The distinctive doo-wop sound on “Knight” is courtesy of an airy, almost ethereal sample of early Detroit rock group The Magictones. Producer Christian Rich creates “Knight” by looping the intro of “I’ve Changed,” a 1971 single. The track was earlier sampled by legendary producer and Doris collaborator RZA on Raekwon’s Only Built 4 Cuban Linx… Pt. II cut, “New Wu.” The Magictones struggled to find any success throughout their brief career, which was ultimately cut short by their poor commercial performance. “I’ve Changed” would be the group’s penultimate single. 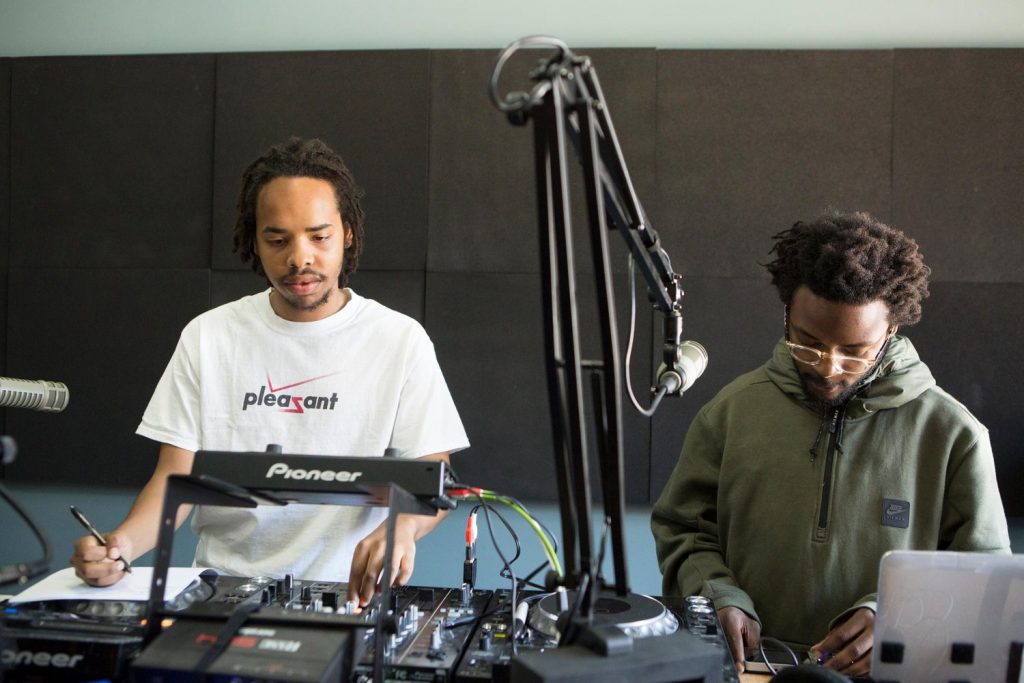 Earl Sweatshirt’s Growth as a Producer

Following Doris, Earl seemed to double down on sampling: six of the ten tracks on his 2015 sophomore effort, I Don’t Like Shit, I Don’t Go Outside, featured samples. Though the raw number is less than that on Doris, the percentage of tracks with samples is significantly higher: 60% compared to 47%. What’s more, all but one of the tracks on IDLSIDGO are produced by Sweatshirt alone, showing a growing inclination towards crate diggin’ production techniques from the artist himself.

Earl’s 2016 appearance on Amoeba’s “What’s In My Bag?” also suggested an increased interest in sampling by way of his record choices. Though Earl copped vinyls from acts such as The Residents, The Famous Ward Singers, Andrae Crouch and Dollar Brand, one purchase was particularly telling: Earl’s enthusiasm over his selection of Flora Purim’s 1976 LP, Stories To Tell, offered a bit more than a cursory insight into his creative process. “So these are a go, like all Flora… I shouldn’t have spilled those beans,” said Sweatshirt. “Yeah, I’m not done making Flora beats.”

Though Sweatshirt has been largely enigmatic since his 2015 sophomore album, his most recent credit as randomblackdude – production on Wiki’s 2017 track “Wiki No Written” – features a sample of Hot Chocolate’s 1971 soul cut, “We Had True Love.”

In a 2014 mini-doc by Noisey, Earl worked through a beat for Vince Staples, searching for the perfect “weirdo hippy shit.” He waxed poetic about time spent behind the keyboard, smoking weed and spending days indulging the sounds as they come together. Though it’s an increasingly key aspect of his distinctively bass-heavy sound, Earl was an emcee long before he dove into a workstation. “I never thought I would make a beat, ever, when I was 16,” said Earl in a 2015 interview with the LA Times. “But things change instantly without you having any idea they’re going to change at all. So I’m on for the ride.”

Where the ride takes us next is anyone’s guess, but it seems that wherever Earl heads, he’ll be scoring his way with tailor-made, sample-backed beats. 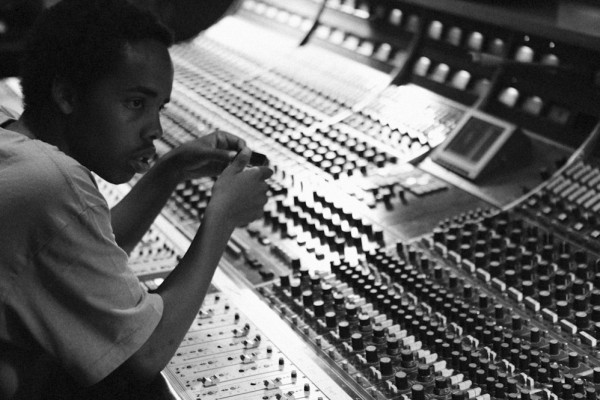