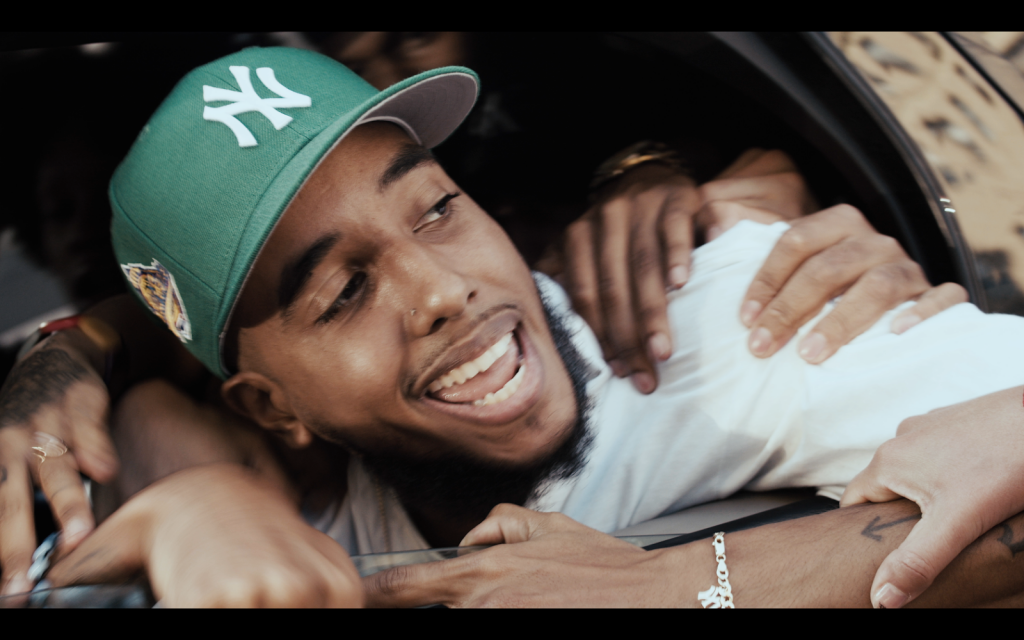 Donsmith is a 27-year-old Harlem-bred artist and accurately self-proclaimed “storyteller.” Initially a producer by craft, he eventually started experimenting with bars of his own which in time turned into his first EP. Off that project’s success, and the eventual two following EP’s and an album, Donsmith performed all over New York City, at venues including The Knitting Factory, Bowery Electric, & National Sawdust. Donsmith strives to create art that reflects the beauty birthed by struggle and luckily his latest single and visual landed in our SubmitHub inbox. “Group Chat,” the music video, was beautifully directed by Miguel Ortiz of The Telly Channel. Donsmith carries all of the bars in story form on the song, and Zoomo, a soul-sampling Brooklyn based producer, is the one who cooked up the beat. The succinct execution of the vision of this project makes it impossible to ignore.

As the beat plays and the words flash on the screen, “ay dios mio” the immediate energy is Uptown Manhattan which is recognizable to any human who’s spent time in the area. This is a pure NY hip-hop energy. Then the visual shifts to a video set where Donsmith sits on a couch with a white girl on each side of him. He raps directly to the camera, “For two years I had em askin who’s that? Now every room packed, but there’s no more room in the group chat.” Donsmith gestures to the women on either side of him indicating they are the type of people who are unwelcomely invading his space. This idea is paralleled through many expressions in the visual and single “Group Chat” as Donsmith dissects having to navigate different worlds of the music industry as well as the progressing gentrification in his neighborhood that raised him.

Related Sauce:   Why We Like It: Cam Archer’s “Foreword”

The visual transitions from the film set to a car packed with people grasping at Donsmith and his core team who seem to be its original occupants. We see him attempting to escape the hands of admirers grabbing at him as he raps bars like, “Trying to win a war, cut a n***a off if he only trying to win awards / No space for cap in my roster / If it’s a race of rats then I’m walking.” The war Donsmith is trying to overcome is the one within himself as well as the one trying to conquer his surroundings, thus these vermin-like beings trying to invade what he stands for must be disposed of. The first half of “Group Chat” while being urgent is also composed and methodical. Donsmith appears to be cerebrally analyzing the occurrences he’s witnessing and garnering a game plan. He does so lyrically and visually in a way that could carry through a full track but just when you’re locked in, he artfully switches the vibration.

Interestingly, as Donsmith seems to switch from symbolic film setups to simply capturing him in the essence of his Harlem environment, the beat flips to something more driving and he raises his vocal pitch to an almost cartoon-like tone. The balance he achieves on the front and back of the song with the visual is captivating. When Donsmith exists where he is most comfortable he can then gain the freedom to be his most animated. The cartoon voice seems to represent a subtext that is less restrained and more unabashed, which could only be achieved at the forefront of his expression when his circumstance is to his preference. He raps in Alvin the Chipmunk pitch, “Tourist ask me where I’m from every chance they get. Would you go to The Garden and ask Spike the same shit? / The same hands that plan to colonize shot up churches and did Columbine / The same hands that gentrifying all the caridads / The same hands that turned the hood into a Amistad / This shit is not for y’all.” The sheer freedom and autonomy oozing from Donsmith through these lines is simply goosebump inducing.

As the video ends with Donsmith and his people sitting at a table on the street corner sipping Corona’s and eating bodega treats, wholeheartedly you feel the essence that he is trying to preserve. The video gracefully meets its conclusion with echoing sounds of Donsmith’s neighborhood pride in the background.

Related Sauce:   Why We Like It: Matt Nye’s “Whatever is Whatever” 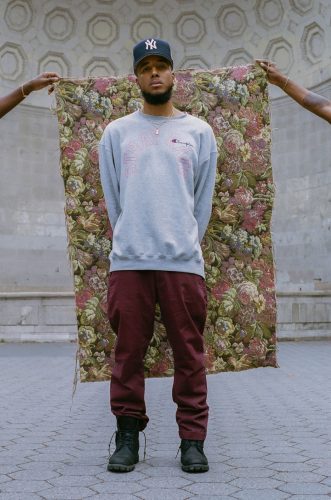 So much of the record is about multiple battles existing in the same war: the battle to keep gentrification and cultural evaporation out of the community, as well as the battle to keep everyone in the community honest and protective of our home. The best way for me to make that distinction was through becoming another character in the second half of the record, a more animated one. For me, this allows the character to say things to his opposition without hesitation.”- Donsmith for CentralSauce 2020

This single and video from Donsmith is just one piece of an immaculate album released in 2020 called Don’t Ask Me Where I’m From. Top to bottom it is a masterful exercise in Uptown Manhattan storytelling and energy. Put your headphones in or hop in the whip and let the music transport you to Donsmith’s space he occupies. Also follow him on Instagram and Twitter for any and all future updates.