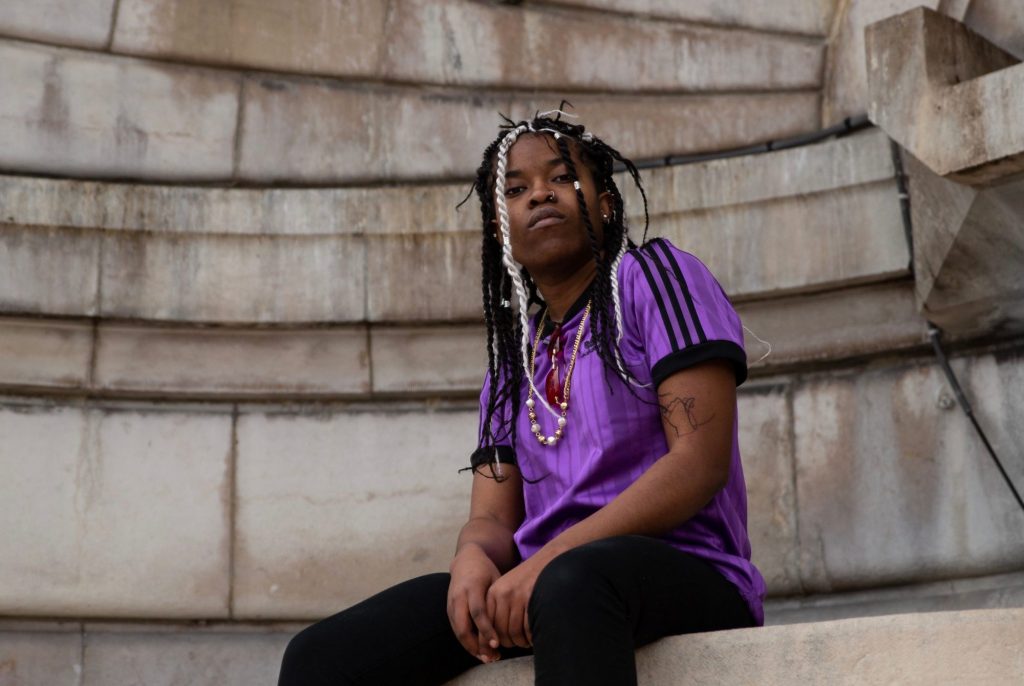 Dirtsa is a 22-year-old Franco-Cameroonian who further proves the international reach of our SubmitHub inbox. Her musical influences are rooted in American R&B singers and rappers but she celebrates her multicultural heritage with great afro-centric beats and a wide range of sounds inspired by the music she grew up with at home. “UNDERDOG” finds itself right at home in this pocket.

It doesn’t matter who you are or where you’re from, there’s something familiar about the idea of coming from behind and fighting for what you deserve. Dirtsa is Franco-Cameroonian, but opens “UNDERDOG” with a sample from Martin Luther King Jr’s “I Have a Dream” speech. MLK may have been speaking directly to an American audience, but the world was listening. It’s been well over 50 years since he stood on the steps of the Lincoln Memorial and shared his vision of a world united by empathy for all humans. But as Dirtsa raps, his dream is yet to be realized in America, let alone on a global scale.

It’s easy to get wrapped up in Dirtsa’s incredibly poignant flow, and her natural cadence creates a magnetic effect of its own. On my initial listens my addiction to her technical delivery overshadowed my attention to details, but once I was hooked and began to break things down I discovered gold.

“UNDERDOG” goes beyond the struggle of coming from behind and opens the doors to the mentality of an underdog. Being an oppressed people fighting for justice has certainly been a romanticized concept but in glorifying the struggle we overshadow the dark reality in the same way that Dirtsa’s incredible flow stole my attention from her deeper content. She raps:

Dirtsa says she’s excelling at a level comparable to Vito, The Godfather. She’s sipping expensive drinks and living her life to its fullest so why would she rather stay underground and why does she still suffer from restlessness? From speaking with her I gathered a clear sense of honor and pride that she also references with “keep it Bushido.” Bushido is a very specific code of honor practiced not only by the Ninja Turtles, but used to ethically train the samurai warriors of feudal Japan. The first and foremost virtue of The Bushido Code is justice. Dirtsa chooses her words very carefully.

Related Sauce:   Why We Like It: Froya's "Halloumi Honey"

It’s safe to say that Dirtsa considers herself a good person, maybe even a warrior fighting the oppression of black people around the world. Again, we could romanticize the battle, but to do so willfully ignores the effects on the soldier and willful ignorance is as sharp as any sword.

Heart as raw as Bagheera / Never really been a good lover / Only calming stone is my mother / I wish I could just keep her forever / Nowadays I want more / Because we grew up with less” – Dirtsa, “UNDERDOG” (2020)

The oppression that Dirtsa has felt has damaged her ability to build comforting relationships with anyone other than her mother. Much like the panther Bagheera from “The Jungle Book” is unable to develop trusting relationships after freeing himself from the collar and chains of his human captors. Taken directly from the novel, Bagheera says “They fed me behind bars from an iron pan till one night I felt that I was Bagheera – the Panther – and no man’s plaything, and I broke the silly lock with one blow of my paw and came away; and because I had learned the ways of men, I became more terrible in the jungle than Shere Khan.” Both Dirtsa and Bagheera have fought back against their oppressor, but their scars still hinder their ability to live freely.

Dirtsa may struggle between celebrating her success and believing that she has retained some of the properties of her oppressor by living a life of consumption and excess. She’s living her life to its fullest but lays awake at night unable to grasp the happiness she deserves because in her heart she’s a warrior. “UNDERDOG” is a vital piece of the warrior’s tale because it’s not just a story. Stories are embellished. Stories have heroes. Real battles have casualties. Real life has three dimensional emotions and inner turmoil. That’s why “UNDERDOG” is truly universal. 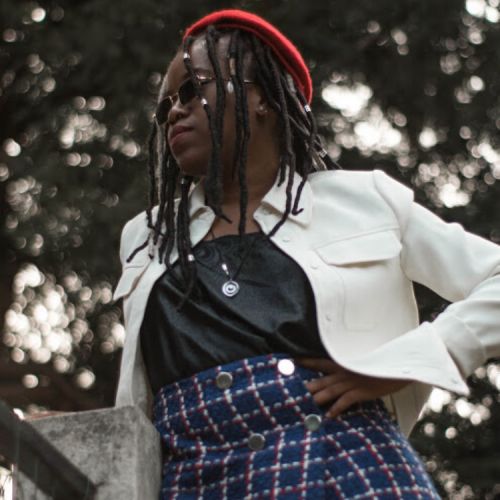 It’s a reference to those oppressed, simply. No matter the country, the place and time. It is important from now on that we fight this together as a whole. I wrote this song in late 2019, reflecting on everything I had to face as a black young woman, reflecting on the fights of the women and men before me, on their pain and suffering. This was my way of saying thank you, we will keep on fighting for a better world. This was my way of using my voice, if I have any to walk into their steps and make them proud too. We all contribute at any scale that’s why it’s important to come together as a whole.” – Dirtsa for CentralSauce (2020)

Dirtsa is still pretty early in her releases and has only one other song on her Spotify, “Straight out of France” with more of her addicting delivery. She is also able to take advantage of her bilingual heritage by rapping in French, which just sounds cool as hell. I’ll definitely be keeping my ears open to more. Stay up to date with her new releases by following her on Twitter, Instagram, and Facebook.