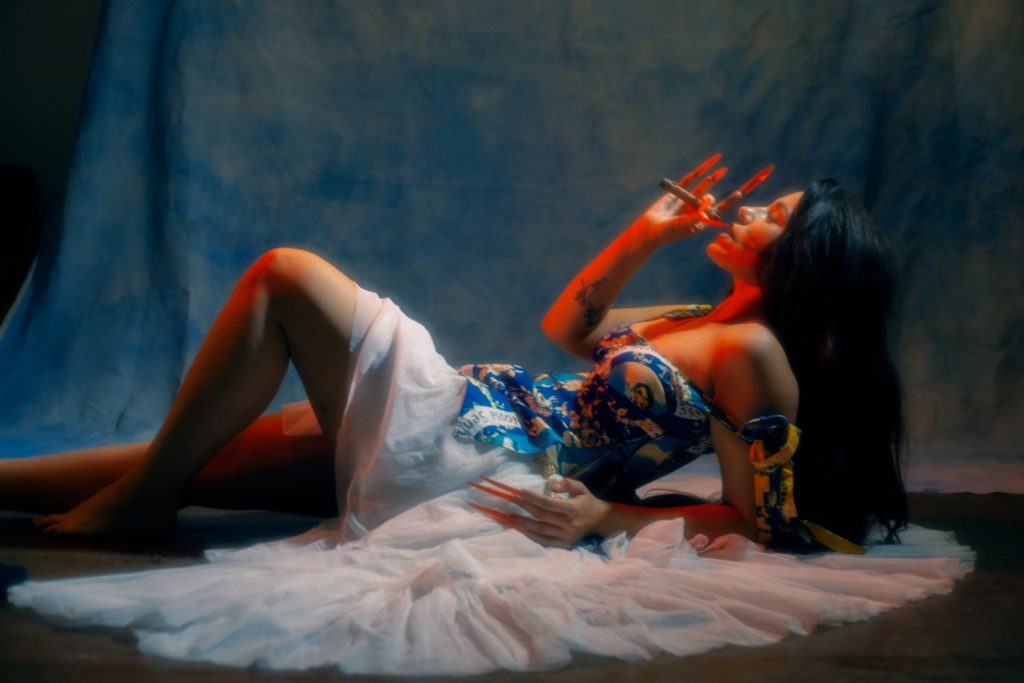 It’s always a full house over in our SubmitHub inbox, but it’s not often we receive a song as truly bilingual as Desta French’s new single, “Bendecida.” A sultry Latin instrumental buoys her verses about nights out, lustful looks and self-possession, those thoughts voiced seamlessly in both Spanish and English. It’s an interesting mix that’s true to the London-based artist’s identity, and what’s more, it’s a staggeringly smooth synthesis that’s more than a little impressive.

There’s an effortlessness at play on “Bendecida.”

It’s the kind that comes with clarity and experience, an unmistakable creative comfort that breaks forth in slinking melodies and smooth flows. British singer-songwriter Desta French has carved out a pocket in which she thrives, and “Bendecida” is truly compelling proof, the striking fusion of Spanish and English lyricism playing out atop a Latinx arrangement that speaks to her heritage.

In this way, Desta is testament to the musical prowess in London’s diverse music scene. The intricate percussion that drives the rhythm throughout is matched by the sharp precision with which Desta flows, leaping between languages from bar to bar. That distinction might do her a disservice, with bars like “mira esa gatica looking suave tan linda” leaping between her modes as cadences see fit. It’s impressive in its seamlessness, and compelling in its raw phonetics — even if the language barrier renders her verses unintelligible to an English-speaking audience, the sheer energy emanating throughout proves a powerful force.

Her Spanish-language verses brimming with self-sourced confidence, unmoved by watching eyes and covetous gazes. “I’m happy alone,” she confesses to an entranced observer, “I don’t need your opinions.” These sentiments break through on the refrain — “didn’t invite you anyway… don’t really care about what you say” — though they’re not quite as vivid in their English incarnation. Desta is spotlighting her Spanish language heritage here, and it’s well worth meeting her on that level, venturing to further understand the confidence that shines in the music.

Related Sauce:   Why We Like It: Ghita’s “Out Of My Life”

As the track shifts past the refrain; as Desta pushes beyond being perceived, the focus shifts away from the unwelcome glances and towards the raucous self-love that underpins her night out. “Nunca nos van a para hasta la mañanita,” she casually intones, unflagging. The English phrases that break through — “We moving like some divas,” or “Living for this energy that’s over us / Imma sip this Hennessy and imma feel the rush” — center those themes for the English-speaking audience, but there’s never really any doubt as to what Desta’s saying.

You can feel it in the cadences; pull it from the way she rises and falls with the horns. It’s her party, and she’ll cry if she wants to — fortunately, it seems Desta is more than happy dancing the night away. 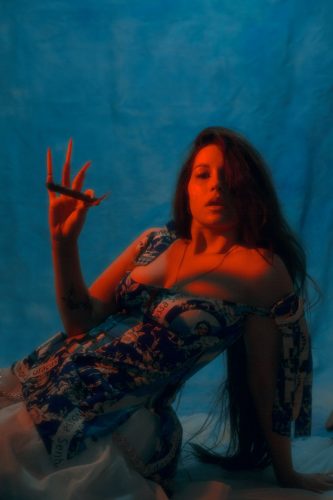 I’ve always been attached to music from the past growing up, rather than what was popular at the time. As a teenager, I was obsessed with jazz from Ella Fitzgerald, Nat King Cole and Sarah Vaughn, and a lot of musicals. Then I discovered hip-hop music from the ‘90s and certain Latin artists coming out of the US at that time, like Selena and Big Pun, and felt some strong identification with them due to the duality in their music and identity. I feel that because there was no representation here in the U.K. media, and I wasn’t surrounded by many Latin musicians, I ignored those influences for some time until I grew the confidence in my songwriting and connections to explore a fusion of London sounds, which also influences me heavily like grime and drill, fusing it all together in the studio in a very experimental process.

I began showing the producers I was working with a lot more traditional music from Latin America and finding ways to mix sounds together. The lyrics writing and melodies happen very naturally to me and are based on a feeling. Sometimes the melody feels Spanish and something they feel British and it all just flows out very organically. I would say Spanglish is probably my first language, as weird as that might sound.” – Desta for CentralSauce

Desta has had a prolific year, releasing a string of singles including “Back Home,” “Señor,” “Ojos Negros” and “Dialecto.” It’s even more impressive considering the relatively recent arrival of her sophomore EP, 2020s San Lazarus, a seven-track, 20-minute affair including popular singles “Aguanta” and “Guajira.”

There’s plenty more in her catalogue as well, which stretches back to her enduringly popular 2016 debut “Shame.” If you’d like to keep up with Desta — and I know I do — you can follow my lead and tap in on Instagram and Facebook. It won’t be long before she’s back with another track, and you wouldn’t want to miss it!