My goal in this whole process really: just be me – whatever happens, happens.”

Listening to Dell Nellson speak is consuming knowledge. His deep voice and eloquence speaks to why he’s amassed a dedicated following on social media, and why his poems are hugely anticipated pieces of art that generate excitement every time they’re announced. At just 20 years old he sounds wisened, battle-hardened, passionate, and emotive. All great qualities for a poet to display, and so it’s unsurprising but no less amazing that he transitioned into music so effortlessly.

His first two singles, “Life is Death” and “Drinks,” fixate on the raw depth life can plunge you into. Both songs resonate heavily with me — someone who has fought off suicide and addiction for the last 15 years. There’s nothing forced about Dell’s words, nothing out of place. He’s immaculate but evocative; disciplined but knows exactly how it feels to be out of control. The overarching theme is authenticity — be yourself, and everything else will fall into place. I caught up with Dell in late April via Zoom and a selection of his words are presented in italics below, lightly edited for clarity.

I first met Dell through HipHopNumbers, the data-driven hip-hop account I run. He reached out to me in a DM expressing support and offering his help if I were ever going through any turmoil. This was back in 2019, and since then we’ve exchanged hundreds of messages. I’ve seen his following on social media grow into a truly dedicated base of people enriched by his art. His authenticity has propagated this support. From our very first interaction in 2019, he’s been a positive source of knowledge and understanding for me. Any time I was struggling, feeling low, or feeling anxious, Dell was in my DMs with affirmations. He is a genuinely good human, and I consider myself blessed to have met him.

He knows everyone too — casually name-dropping other large Twitter accounts like Shrek & redveil, and when I first spoke to Charlie of the 5th Element, he said “oh yeah I know Dell, heaps of people do.” To have someone like Dell Nellson cut through all of that and unite so many people behind his art is special. The more we speak, the more gems he drops, the more I realise this man is actively changing the world. Not in the future, not if he gets signed, not if something blows up, but right now.

What I say is, always be yourself, because people can tell when you’re being genuine. Give them you. Don’t worry about the music and all that, give them you. People are gonna support you even if you’re not talented, people are going to support you if you’ve been a great person. Always do that… The more people read this stuff, the more they know about this stuff, the more educated they are about this stuff.

It’s his analytical mind that connects his poetry to so many people from different walks of life. Both “Life is Death” and “Drinks” describe deep difficulties with alcoholism, existentialism, systemic oppression and mental health, but this is not limited to his music. His most recent poem, “INNOCENCE, THE WORD I WISH I HAD,” came with a trigger warning and some of his most emotive words yet.

Teachers want me to crown them as a highness
How could I listen when I’m haunted by the devil’s whisper in every period?
Grades slipping, teachers really don’t care tripping
Attempting to hit me with the ADHD label for their mission

I’m an adult now, it’s tough to stay sober
Looking for cigarette buds to give me love
The ashes burned, but I embraced that hug

– Dell Nelson, “INNOCENCE, THE WORD I WISH I HAD”

Dell’s poems traverse the darkest topics humanity has to offer — PTSD, addiction, abuse, suicide, racism. A man of 20 telling such stories is scary, but it’s a testament to his process — an artist being able to step seamlessly into someone else’s shoes whilst weaving in his own lived experience is incredibly valuable.

What I say when it comes to stuff I’ve been about — that I write about — that I’ve been through — I always think about, ‘how would this make me feel? What was going on?’ [I] try to write imagery with it and everything, describe how I felt, what went on, everything. With the stuff I haven’t been through; see how those people felt, analyse and see how their face looked, analyse and see the whole setting and how everything was. It’s all about analysing everything that was going on.

That analytical side gives a technicality to his poetry I’ve rarely seen. Below are some of the analyses I’ve run on his poems thus far. The data really highlights the attention to detail in his work, and how fruitful his analysis really is – the way in which he’s able to weave in the theme of the poem (for example, every song title off Madvillainy in “ALL CAPS”) without sounding forced or contrived.

Dell’s process for crafting the intricacy we see in the poetry is yet another teachable moment. He drops these jewels like water and it’s honestly a pleasure to hear him speak on any topic. This section highlights how he not only understands the emotional and at times irrational nature of humanity, he’s equally capable of logic and creating a routine and system within his own creative process:

With these poems, even with the music I do, take baby steps. Everybody wants it fast like that, but it don’t work like that. If you want great material, you’ve got to take great small steps to make it a great material. It might not be done the first day, it might not even be done the first three months, but as soon as it is done, it’s the best possible solution/outcome you could have possibly got out of it. Because you took your time – you really judged it, you let your brain sit and think about it… Analyse everything. Being honest with yourself, even being self-critical.

Dell Nellson wrote this absolutely incredible, beautiful poem & throughout it he manages to:

The message, the emotion, the way he weaves in the song titles.. This is a special talent https://t.co/f1clB2N38y

I will admit I became selfish at this point in the interview. HipHopNumbers on Twitter has been lagging — the algorithm on Twitter and Instagram is key, and if yours is not favourable it can be a very despondent time watching quality content start at the bottom of the pile every day. Almost all my interviewees have spoken about the algorithm, be it on social media or streaming services, and how challenging it is to endure a down period. Dell’s perspective cut through the haze and overthinking and delivered a simple yet poignant observation:

Numbers shouldn’t define your art. Numbers should never tell you how great your art is. Even if I stay the same, I’d be happy because I’m doing me. Of course I want to grow, because everybody wants to grow, everybody wants to take that jump. That shouldn’t be your end-all be-all. Regardless, you can have one like, one retweet, but you changed somebody’s perspective. You helped somebody’s day. Literally people have told me, ‘your poetry has made my day,’ and that’s meant more than anything. So it’s more than just numbers… I’d rather have 10,000 die-hards than a million casuals, because I know when it comes down to it, I have 10,000 people that whatever I do they’re going to love and support.

It’s natural for a poet to string words together artistically and describe complex situations with simplicity. Dell’s poetry is at times delicately beautiful:

All these negatives in my daily living
God, how did you allow it?

It’s hard to daydream when you absorb no sunlight

Now he looks in the mirror without acceptance
Correction: the lights are off

Yet at times his passion is violent, explosive, incendiary:

There’s a real difficulty in digesting some of these poems. Like all good, challenging art, it MUST be consumed if you can handle it – the discomfort is where the growth lives. 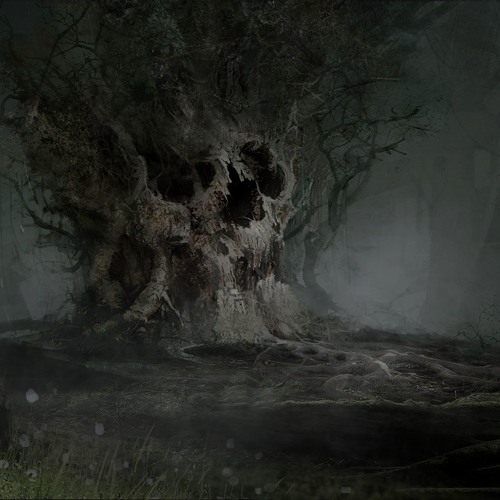 There’s a deep-seated benefit in having your vulnerabilities and anxieties validated and seen. We’re all seeking the space to be ourselves, to feel comfortable and heard, to feel understood. Dell’s lived experience in the harshest of conditions translates into a soothing experience for anyone it resonates with, and there may not be any greater value in this world. The least surprising sentence of the entire interview was this:

The greatest gift in the world is helping others – whatever you can do to help people, help them.

Delivered so simply and succinctly, it came to him immediately and easily because… why wouldn’t it? Dell is a man with a huge circle all invested in his success. In an age where social media is toxic on a good day, his ability to accrue this collective is another teachable moment, so let him teach

One thing I’ve learned is that you may never talk to a person again, but it matters what you learn from the relationship and what you carry your whole life… You might have a relationship that might last for a year, and you’ll never see them again, but as long as you remember what that relationship taught you and everything — for the good or bad — you’re going to keep winning in life. There’s a lot of times you don’t talk to people that nothing bad happened, they were great people, but that’s just what life does. Sometimes you go on separate routes. Regardless what happens you’ll always have love for each other, because that person made you a better person. That person opened your eyes.

There’s hardly a better quote to end on. Dell Nellson is the artist you need to tap into. Please go and listen to the full audio. Dell drops so many gems in this interview, there wasn’t enough space on the page to write them all. He turns his life experience into pieces of art that cut directly to the point and deliver frank, honest commentary on some of the harshest things humanity has to endure.

Stream his music on Spotify or follow him on social media where he drops his poems. This is someone you need to keep up with.