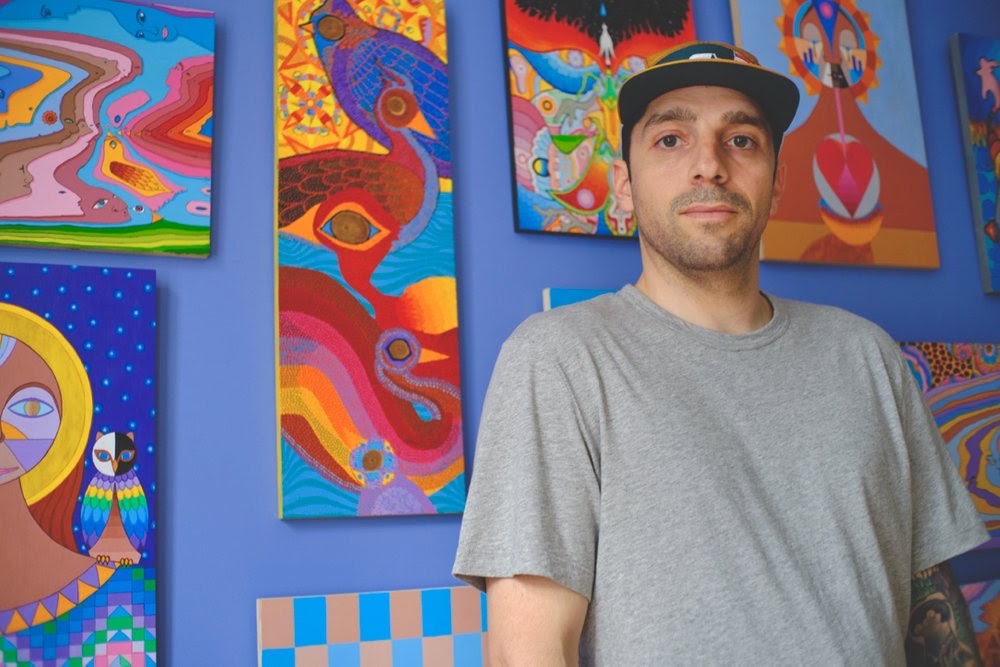 “Clay Pigeons” is the latest single from New York rapper, producer and visual artist Deca. The track was taken from his upcoming album Snakes and Birds and was dropped into our SubmitHub inbox. Having written and produced “Clay Pigeons,” Deca maintained even closer control of his creative vision by animating a wind-warping collage of a music video which expands the spirit of the song to the size of a universe. Snakes and Birds will be available on all platforms from October 23rd.

In assessing our world with a level of objectivity, it feels like one must somehow peer into our existence from outside of it. The journey of living on Earth is so unique that each of our experiences warp our perception of it erratically. The very idea of surveying the world would be daunting for any wordsmith, but Deca approaches the task with calm competence.

Upon blasting off and, as he puts it, taking “my place in the galactic church,” Deca notices a dichotomy between the material and abstract back on his home planet. All consuming as ever, commodification runs the world and leaves no physical or ephemeral product untouched. Rather than a guilt-loaded critique of those who lack an attachment to their abstract side, “Clay Pigeons” is a professional look at the powers that perpetuate and profit off such discrepancies.

Deca does not dismiss his poetic duties on this track in favour of a clearer message, he utilises cosmic word choice and ambitious rhyme schemes to make the point hit home harder. This ensures that anyone listening to this track is unequivocally aware of the power of the abstract, of the joy that comes from embracing that which cannot be defined and of immersing yourself in the strangest, deepest corners of your mind.

He raps “The price of bought-and-sold souls skyrocket / Walk a road wrought with skulls not with gold / Fraught with signs, roadblocks and obstacles that defy logic” exemplifying Deca’s inhumanely broad perspective, the emceeing skills of a galactic prince and an understanding of the abstract only attainable by beings without a physical form. “Clay Pigeons” looks to transport rather than preach. Every aspect of it is designed to open one’s mind and have wildflowers grow from the cracks in your brain. 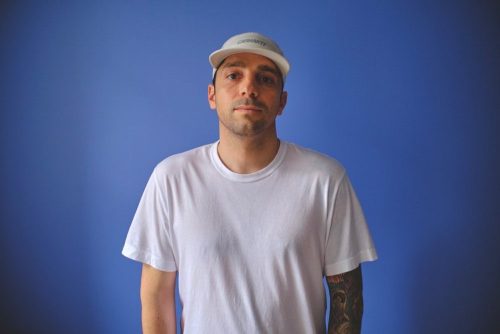 Ryan: I’d love to know about the things you do to feed your creativity.

Deca: I read a lot. Books and records are probably the two things that feed my creativity the most. William Blake overall has been a huge influence on my thinking and writing as well. Some other recent reads are: The Praetorian Guard by John Stockwell, With Head and Heart by Howard Thurman, The Third Principle of the Divine Essence by Jacob Boehme, Santo Daime: a New World Religion by Andrew Dawson, and One Hundred Years of Solitude by Gabriel Garcia Marquez.

What kind of art do you consume?

I watch a lot of old experimental animation from both the ’60s and ’70s. People like Rein Raamat, Marcel Jankovics, Suzan Pitt, Ralph Bakshi, and Sándor Reisenbüchler.

Visual art wise, I like a lot of the folk and outsider artists. I’m actually on a road trip right now, and am making a stop in Summerville, GA to check out Howard Finster’s Paradise Garden Foundation which is a public park dedicated to his life and art.

But overall, the medium doesn’t matter so much to me. Anything visionary that gives voice to deeper aspects of ourselves is what I gravitate towards.

What sparked your interest in making music?

My father was a musician, so I think that’s what first sparked my interest in music. Also, just the effect music had on me when I was kid. If I liked an album I would listen to it over and over again. And when a song really spoke to me, it was almost like a religious experience. The music and art that influenced me the most growing up was able to express things I felt or knew intuitively but didn’t have words for myself.

What maintains your desire to create?

Probably just a need to communicate something, but it’s not something I have to maintain. The desire is always there and I’m constantly working on something whether it’s music or art. Hopefully that will always be the case.

In anticipation of Snakes and Birds, be sure to follow Deca on Twitter @DecaMusic. Catch up on his past releases below where you’ll find 2018’s Flux and 2017’s The Way Through.

Related Sauce:   Why We Like It: YUNGMORPHEUS & Eyedress’ “Georgette’s Tea Room”