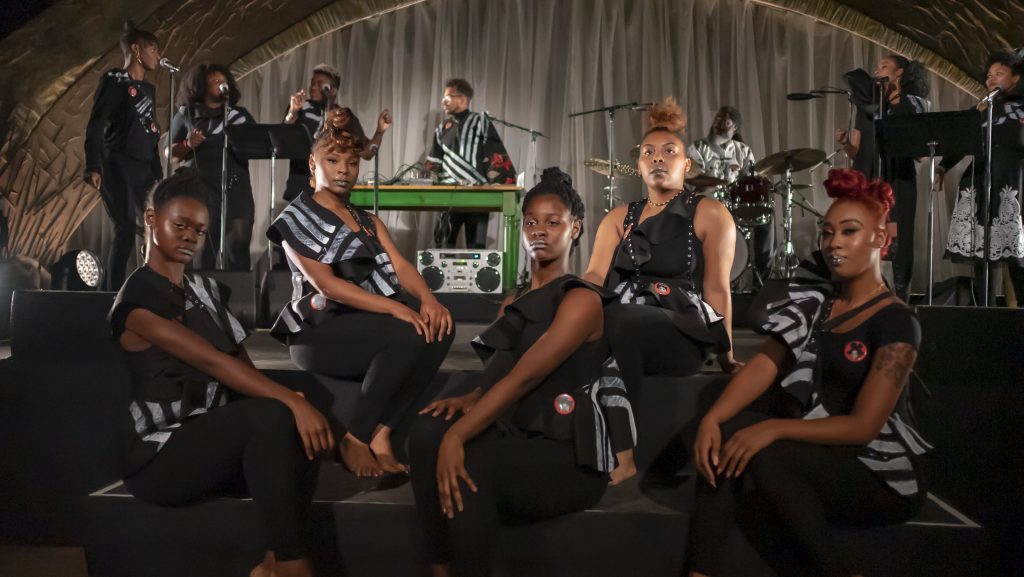 “Essential & Unheard” is a series that highlights awesome music that flew under your radar each month. A 20 track-maximum playlist featuring songs by lesser-known artists that deserve more recognition, along with our featured album of the month: Where Future Unfolds from Damon Locks and the Damon Locks Black Monument Ensemble.

I took a month off and I bet y’all thought you were going to get away from me huh?

Well I’m back. And I’m better. And I want this bad as ever.

The other day, I railroaded someone into a conversation about music. I asked a simple question: “what is the most recent song you’ve heard that you loved?” They gave me a simple answer, “’Middle Child’ by J Cole.” I fake gagged (this is a joke; I did actually gag) and told him he was wrong. So, to make sure no one else makes the mistake of saying a four-month-old J Cole song—that wasn’t even that good—is the most recent song they’ve heard they loved, I’m back to run through another month of releases.

First things first let’s run through the list of larger releases we got in May so no one can tell me I’m missing anything: Tyler the Creator, Megan Thee Stallion, Flying Lotus, YG, and Denzel Curry (I’m only mentioning what’s represented in the playlist so no, I didn’t forget about whatever you think I forgot about). Now that we’ve got that out of the way let’s get to what this whole series is for: spotlighting some smaller artists.

I feel like a broken record at this point, but Chris Crack released another album, Never Hated I Just Waited, his fourth already in 2019. I genuinely don’t know how he has time to do anything but make music and stay on top of the song titles game. My personal favorite album of the month was Jamila Woods’ Legacy! Legacy! where she weaves her life into the history of her ancestors and the legends who paved the way for her. The Creek Boyz released an album trying to recapture the buzz initially garnered on 2017’s “With My Team.” And finally, Pi’erre Bourne and Young Nudy decided to stop playing around with snippets and released Sli’merre. 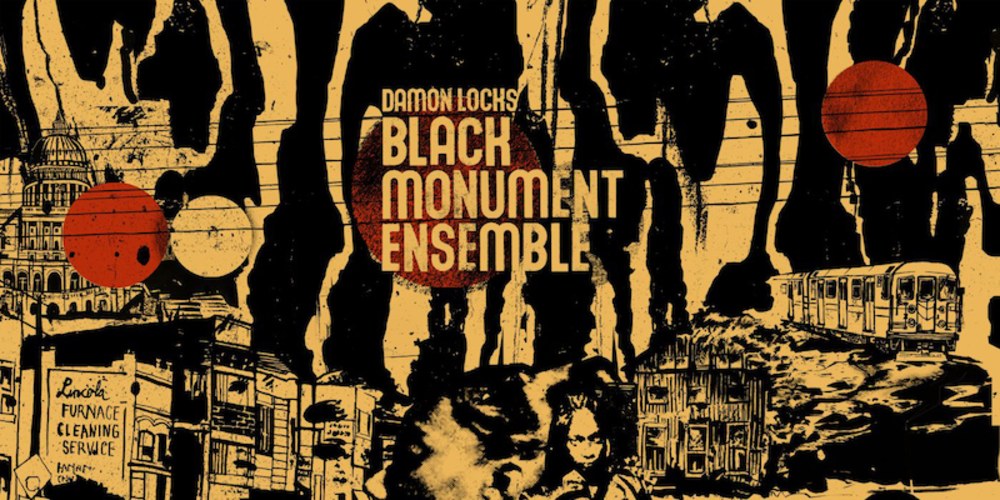 The tension of witnessing Ferguson erupt and Freddie Gray die while the art world chugged along galvanized Damon Locks. The vocalist and percussionist of punk bands Trenchmouth (formerly) and The Eternals, Damon Locks’ most recent performance piece-turned-live album, Where Future Unfolds, is an act of escape from galleries and trends. He knew his art had to be felt outside of the creative spaces it was birthed in. The studio where he toiled needed to have open doors and its windows needed to be facing the world, the real world.

The product is an album sonically indebted to jazz whose recipe samples more, every song offering up a new set of textures to be picked through and maneuvered like a gumbo. The album lifts samples from Civil Rights leaders and features anthemic hooks sung by children, it borrows hip-hop leaning beats tipping their hat to Locks’ history in production and rests on the shoulders of gospel and soul alike.

In Chicago’s Garfield Park Botanical Conservatory, Damon Locks & Damon Lock’s Black Monument Ensemble assembled to perform what would be recorded as Where Future Unfolds in full. The Ensemble included Lock’s International Anthem co-member Angel Bat Dawid on clarinet, Dana Hall on drums and percussion, and Arif Smith also on percussion. He was supported by 5 voices and a special guest voice in Rayna Golding for an empowering turn on “Rebuild a Nation.” And in front of him were 6 dancers, most of whom hailed from Chicago-based youth dance company Move Me Soul. 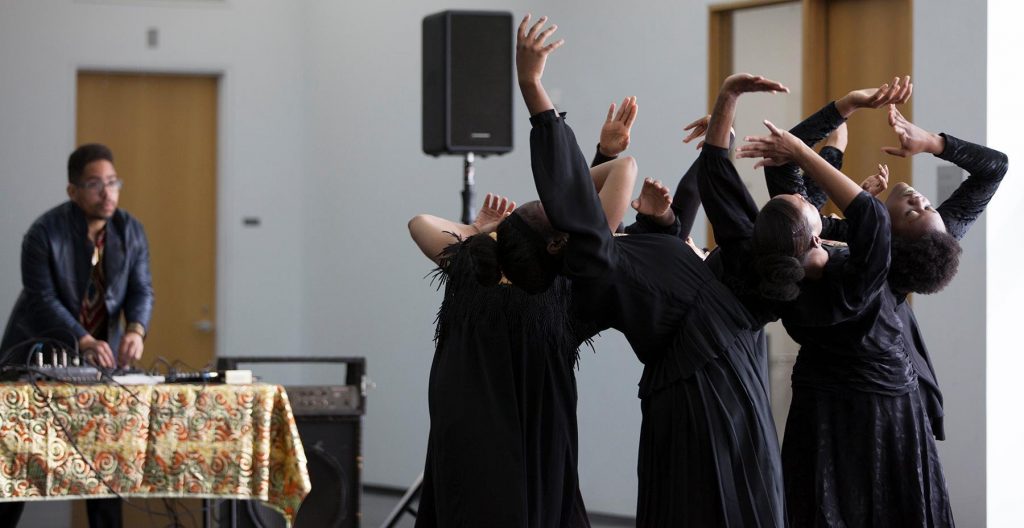 The future unfolds from the present and the determination of our future rests squarely in how willing we are to deal with our pasts. Acknowledging the precarious power of the present, Locks opens the album saying “Knowing what we know now/ the mind searches for reconciliation.” And yet it seems, as a nation, we’ve frequently chosen not to reconcile the jagged history of America, especially considering Black people still lie in wait as Black figures of reverence have their monuments and symbols delayed, while Confederate figures still standing are defended proudly as if the reign of former empires retains some supremacy.

Related Sauce:   Why We Like It: Critical Mischief’s “Lift Me”

Historical wounds are the scabs of our present. Now, we have to choose whether we pick at the scabs and continuously fight the same wounds again or if we give them space to heal––to leave scars altering the way we interact with the world, a reminder of what was left in the past and what we got over. Where Future Unfolds intercedes in this question, using the voice of a child to let us know “I can rebuild a nation/ No longer working/ No longer working out.”

In “Statement of Intent/Black Monument Theme” Damon Locks builds intensity until he reaches the apex of his cries. He, momentarily taking the perspective of someone outside of the Black community, asks himself what it is he wants, and his response “I will tell you what we want/ what is the thing that makes you feel like your heart is glowing?/ we want to see life touching surfaces.” An imposition, an assertion of self, Black America wants to exert our power—America’s mother tongue as mentioned in “Power”—and make certain we take the space to see our lives touch the world.

Damon Locks - Black Monument Ensemble - "From A Spark To A Fire"

I don’t feel FOMO often, but when I do it’s particularly intense. I haven’t felt the longing sense of missing out as strongly as I do every time I press play on this album or watch the six minutes of the performance that are on YouTube. I imagine the hour of writhing and contorting frames; straining every inch of their limbs into monuments. I sense the choir’s harmonies filling the room and lifting it into a communal act of self-discovery. Angel Bat Dawid’s clarinet touches the farthest edges of my weary spirit. And, all the while, Damon Locks conducts this Fanon-dense exploration of sounds from behind; gesturing, speaking, miming, dancing, and leading this ensemble.
The life of the Black Monument Ensemble is bottled in this album, and it irreversibly touches every surface wandering to this album with open ear.

International Anthem is a record label hailing from Chicago boasting a strong fleet of contemporary jazz. Follow along to stay updated for whatever they have in store next, it’s likely going to be good.