CentralSauce » Why We Like It: Critical Mischief & Cameron Bolden’s “Quicksand!” 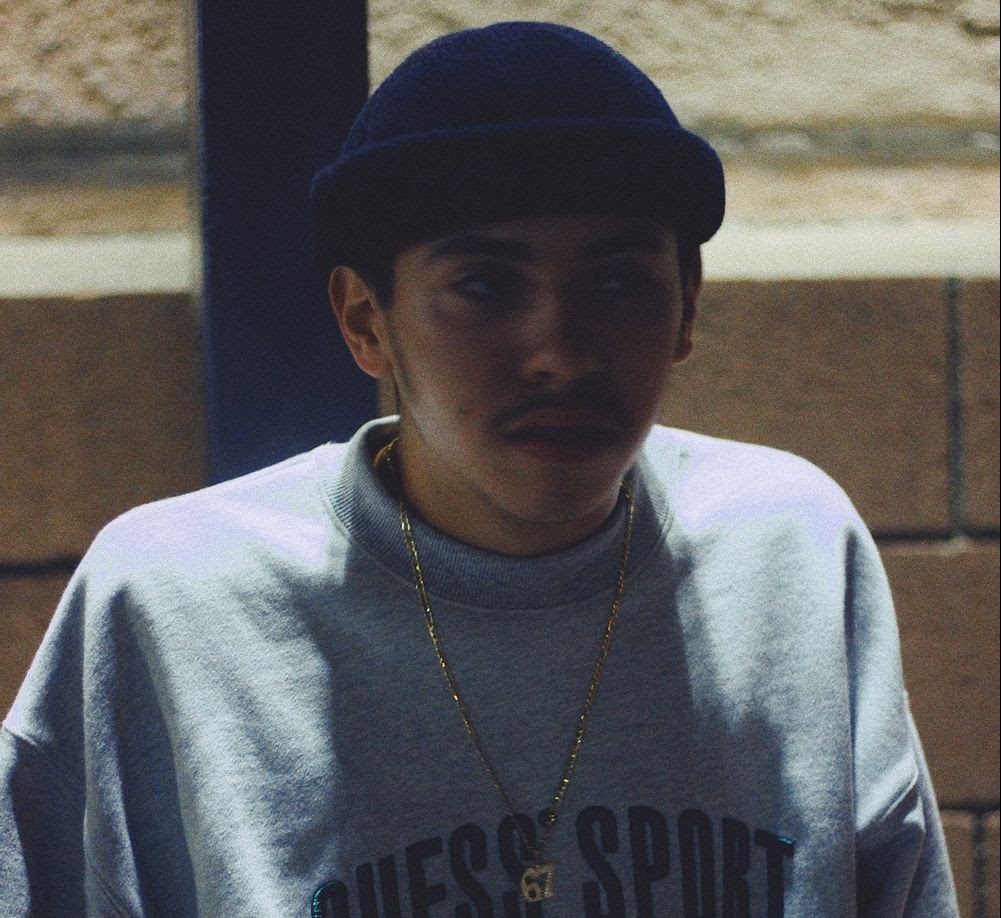 Our SubmitHub inbox has once again been blessed with the presence of Critical Mischief, a rapper and producer from South Central LA. “Quicksand!” is a pick off his latest project, Azul. Featured on the track is Cameron Bolden, who has been steadily releasing singles since 2019.

Paranoia often leaves me unwantedly fixated on how precarious my life is. I feel like I spend all my time building, building towards an under-defined ‘something bigger,’ building that could easily be halted in any moment. Death never feels far away. The thought of my journey being unfinished saddens me deeply, yet I continue to build.

Instrumentally, “Quicksand!” seems to understand my position. It too invokes the feeling of being on a tightrope, it’s entire existence a mistaken step away from being unraveled. It captures an unwanted wave of sadness in its tone. Critical Mischief loads the track with glitches and bumps which almost convince you that the end is here, yet the song perseveres.

Mischief compounds the existentialism as he opens the track with a question, “Are you rising from the sand or you gonna sink with it?” I feel like my natural instinct is to sink when met by debilitating sadness, the song too finds itself in ditches of glitches which it struggles to move past. But my mind always returns to my ‘something bigger.’ It has no form or shape but the idea of glory is what sees me rise. For “Quicksand!,” that motivation comes from the poetry of Critical Mischief and Cameron Bolden.

As they describe darkness and sadness taking them over, they never reach an acceptance of that situation. At his lowest moment on the song, Mischief conjures the imagery of dirt under his nails as he looks to dig upward. Bolden details their search for a “path more green.”

It feels like human nature to dream of better days during our worst, there’s something within us that knows there’s enough light to balance out the dark. Perhaps my paranoia of death is not a hindrance to my journey, maybe it is what created my hope, my ‘something bigger.’ “Quicksand!” is not beautiful in spite of its pauses, I am not beautiful in spite of my sadness.

Related Sauce:   Why We Like It: Madz’s “Small Sacrifice”

When I was making the beat, the sample just had a different sound from other things I was playing with at the time. I added the glitches and variations because I felt it added something with being overpowering. I feel like if the vocals were removed, there’s some kind of emotion being spoken in just the instrumental alone, excluding the outro of the track.

I was just in a different headspace when I was making it, which is why I love the track so much. It was a snapshot of a moment that I can go back to when I play this record. And Cam hopping on it was icing on the cake. They just knew where the track was going and fit so well over it. I love the Cinnabar Island reference in the beginning of [their] verse. It was just perfect.” – Critical Mischief for CentralSauce.

Quicksand!” is one of many great tracks on Critical Mischief’s album Azul, which I recommend checking out. Cameron Bolden’s 2019 project Flowers In My Air Max is also very much worth your time.

You can keep up with each of their releases by following Critical Mischief on Twitter @C_Mischief, and Cameron Bolden @cameronbolden__.