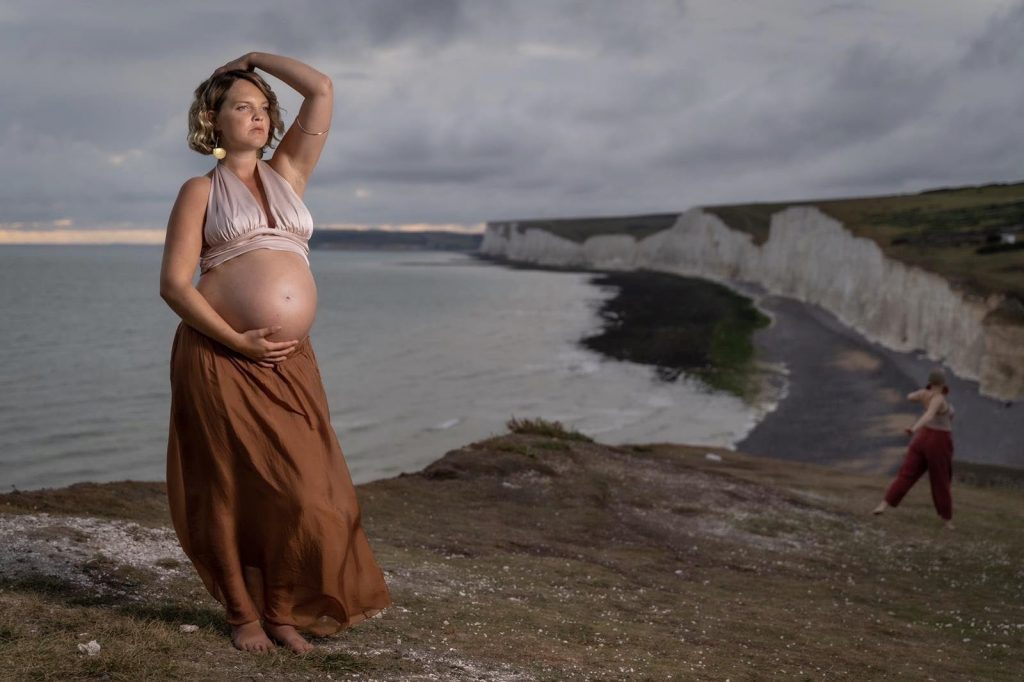 “Courage” weaves soul, jazz and RnB vocals over orchestration filled with radiance. It was written whilst Abi Flynn was on a cancer journey and has been released following her healing and becoming a mother. The song inspires beauty in the face of adversity. This is Abi’s relaunch single and features her debut music video. It was shot when she was 8 months pregnant and artistically depicts her journey from death to life. She wrote the song in the hospital while going through chemo. She then took the song to her co-writer and keys player James Berkely who helped her structure the chords. Flynn then got an amazing band together in treatment and they all added their own flavors in the recording. We are wildly lucky to have had it land in our SubmitHub inbox.

Sometimes you can just hear the depth. On Abi Flynn’s new single “Courage” without any context at all you understand that the song was birthed from enlightenment through adversity. From the first line over fluttering keys, “I have so much courage in my soul,” the profundity from the sung delivery gives you an inherent acknowledgement of Flynn’s journey.

Through the combat of cancer emerged melodies reminiscent of India Arie’s “Strength Courage and Wisdom” and Corinne Bailey Rae’s “The Skies Will Break.” As the song opens from the intro and the drums kick in with the bass line Flynn’s voice floats with urgency. Then just as you get comfy in her oscillating verse tones the hook lifts you with a sky opening emergence into a repetition of the title. She sings “courage” in a call and response with herself in layered vocals that encapsulate the beauty in her struggle.

As strings come in for the second verse you, for the first time, get a sense of the darkness inherent in things like chemo and thoughts of potential looming death. She sings, “turn back to the dark, cuz that’s who you are.” Though pain seems inherent in who she is from the experience of going through this disease, Flynn then uses this truth as acceptance that progresses into bravery. As the courage fills her being she sings her manifestation, “I feel the warrior rise up and fuel my art.” From agony, comes fortitude, comes energy, comes creation and you can hear that Flynn has been through all the steps.

That transition from agony to fortitude was not and is not ever easy to navigate. Yet it is the most important step. In the first verse Flynn sings, “All it takes is to relinquish the control. Gotta step outside illusions of control.” Inner peace and healing came from leaving it up to the universe. In the bridge and instrumental section as Flynn’s vocals explode with ease you can hear the culmination of her wisdom. As the song fades out, the feeling of assuredness the composition provides stays with you. 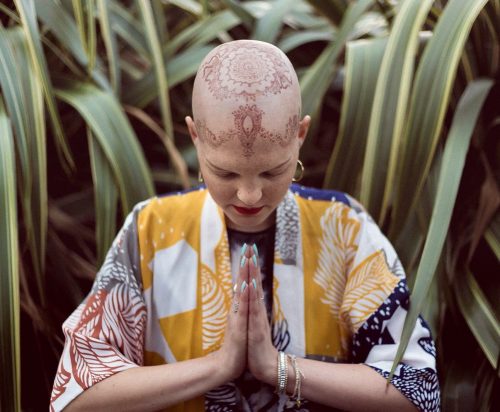 My reference to ‘relinquishing control’ as courage, refers to the notion I have come to learn, that when I would cling, and grasp, and force, and bargain with life, I was operating largely in fear. The moment I was able to fully trust my own path of healing and surrender to the beauty of the journey, I felt incredibly empowered. It took a lot of courage to trust my own heart. I eventually went my own way in healing and defied many medical odds. The short answer is… when I allow myself to surrender to what is happening, and trust in life and the path I am on, I gain the courage to walk it.” – Abi Flynn for CentralSauce 2020

Flynn wrote 5 songs in her ambiguous dance with death, and happened to get connected with Bluey Maunick (incognito) who loved her sound and felt touched by her story and passion to create. He gave her his studio space and use of his engineer (Mo Hausler at the Hackney sound recorder) and Flynn and her band recorded an EP in 2 days. She says about the process, “I didn’t know if I’d live long enough to release it!” After previously being signed to Tru Thoughts Records and enjoying a successful music career as a featuring artist, supporting the likes of Roy Ayres, George Clinton/Parliament and Soul II Soul, it was her dance with death that catalysed her solo career and gave rise to her explosive forthcoming EP, ’Get Deep’. But also check a vibey electro r&b joint from 2017 “Ambiguous.” And follow Abi on Instagram and Twitter.

Related Sauce:   Why We Like It: Abigail Sernal’s “Subtleties”