Why We Like It: Christina Lyon’s “Soul’s On Fire”

Christina Lyon sauntered into our inbox at SubmitHub last month, her silky smooth vocals bringing vim and vigor to the old-school trappings of “Soul’s on Fire.” Not only is it the first submission from Christina, but it falls as her debut single, a strong start for an artist exploring the tracks and trails of retro soul.

There’s something to be said for simplicity, especially in this modern age of ever-ensuing innovation. That’s not to discredit those pushing towards new and revolutionary ideas, but it sure can be easy to lose sight of the fundamentals that hold our world together. Enter Christina Lyon, whose debut single, “Soul’s On Fire,” builds a compelling slice of old-school soul that returns to the first principles of the genre itself.

There’s a balance to be struck between simplicity and effectiveness, and Christina finds it in the Wurlitzer flourishes, horn refrains, organ accents, and unadulterated lyrical honesty. Rent and groceries are too expensive, the dream too titanic, and the musical life too financially rough, but some ineffable passion anchors Christina to her dream, a modern troubadour gunning for the Troubadour itself. Lyon might be privy to the West Coast sun, but her antecedents were Greenwich Village songwriters, and her music speaks to the same universal truths that filled the dim-lit clubs of that time.

Chasing your dreams is both romantic and confronting, a fact that Christina knows all too well, and raw talent often pushes up against a bevy of obstacles and challenges. “I got something to say,” she sings on the hook, a counterpoint to the trials and tribulations of the emerging artist. She’s been in the presence of greatness before, opening for both Etta James and Bo Diddley in her adolescence, but courting that talent has only made her more determined to share her own.

Related Sauce:   Why We Like It: Antoine Sand’s “Count on Me”

Unapologetically ambitious and unfalteringly honest, “Soul’s On Fire” channels the spirit of yesteryear into the current moment, a reminder that even in the direst of times, when cynicism and gloom abound, there’s still a virtue in pursuing your dreams with wild abandon. Take as prescribed: listen to the track, make the change, be who you want to be. 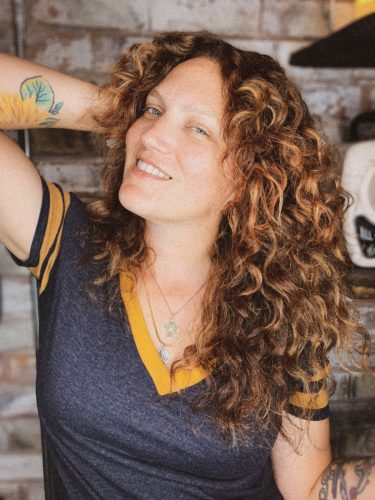 There’s a no-frills quality of classic soul music that I love; it’s not pretentious or convoluted, it’s just raw, passionate, honest songwriting. It gets its grip on you and you can’t shake it. It’s someone who sat down and told a story based solely on their feelings at that moment. Those feelings dictate whether you’re tapping your foot or wiping away tears as you listen. That pure approach to storytelling produces undeniable emotions and has really shaped my songwriting process.” – Christina Lyon for CentralSauce (2019)

“Soul’s On Fire” is the first single from Christina’s upcoming EP, Eden, comprised of a string of singles, each with their own music video. It’s early days, but rest assured: this isn’t the last we’ve heard from the LA-based soul singer.