CentralSauce » Why We Like It: Casper Jones’ “Ghost Town” 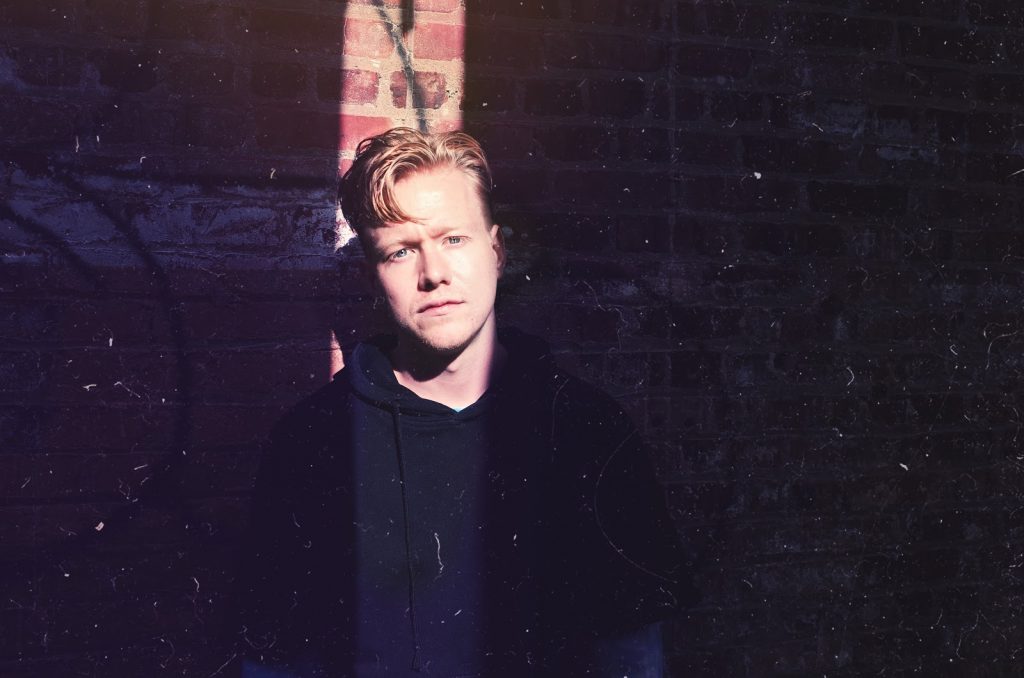 Casper Jones’ music came to me through an organic back and forth between myself and his publicist over email. Samantha sent me a slew of singles from various artists she was attempting to gain coverage for. Casper’s single “Ghost Town” became an immediate playlist add for me and stuck out as something that felt equal parts familiar and new.

The visual for the single, directed by Denzel Deranamie, only added to the song’s intrigue. I knew inherently that CentralSauce would be the perfect platform to introduce the Bed Stuy, Brooklyn-based artist. The song was written and produced by Casper in his home studio using a newly bought tenor ukulele for the core sound. The timing of the expression garnered the song its title. Casper says about the process, “Right around the time I made the beat there was this mass exodus from NYC cause it became the epicenter of the pandemic so it really was a ghost town where I was. Lyrically I wanted to capture that feeling of being stuck inside and how quarantine became a recenter/refocus moment for me.”

I try to steer clear of artist comparisons, generally. However, sometimes when an artist’s sound is a complementary blend of a few other artists you couldn’t previously fathom, it’s worthwhile to point out because the fusion feels original. Casper Jones has vocal intonations similar to Ben Gibbard from Death Cab for Cutie and flow patterns that at times resemble Ed Sheeran. He then fuses those vocal tones with sprinklings of styles reminiscent of Ingrid Michaelson and the Danish producer Galimatias in his carefully constructed instrumentals. These qualities combined with an individualized modern melancholy make Jones’ music feel similar to something you’ve heard before but entirely recontextualized. Jones’ single and accompanying visual for “Ghost Town” shows the Bed Stuy-based artist with all of his intriguing elements displayed in harmony.

Related Sauce:   Sounds That Kept Us Sane: The Albums That Got CentralSauce Through 2020

At the top of the video, as Jones seems to enter through a Narnia-esque door in the middle of the empty woods, we hear vocal and ukulele flutterings with an ear-catching whistle foreshadowing a later melody. Then in the verse lyrics, we hear Jones croon melodies of contemplation he’s garnered through solitude as the slightly trappy beat drops. As he glides into the craveable hook he sings, “The city looking like a ghost town, ah and baby what’s the point in leaving / You just doing that to get even / Going through your phases like the seasons.” Though the city he resides in has been evacuated, and he holds resentment to those who escaped, he aligns his song with a visual that presents him in a rural space people may have left to go exist in. The other visual image of Jones presents him at a typewriter seemingly writing the story of his real existence, as well as the one he contemplates about if he too had bounced. The emptiness of Brooklyn — where Jones still resides — in the initial exodus of the pandemic, must’ve felt like living within an enigma.

“Ghost Town” captures the soul of a specific moment while also containing a variety of textures that weave together like a leather jacket with satin lining. It’s easily repeatable and has a few different melodies that appear in your mind well after a first listen. With his last line of his final verse Jones sings, “I don’t ask for much, just hold me down.” A simple desire many of us hold during this period of enhanced separation. 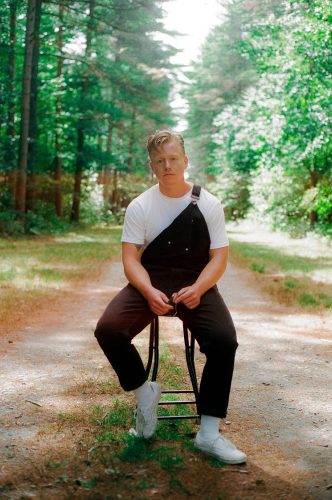 GRAY [the EP “Ghost Town” exists on] isn’t a representation of one relationship specifically, it’s a nod to how life is never really as black and white as it seems. I think everyone is in the gray in one way or another — personally I kept finding myself somewhere in between success and failure, uncertainty and ego, love and loneliness, etc. As I’ve gotten older I’ve realized that the intricacies of the in-between make up so much of who we all are. Learning to be comfortable in that middle ground has been crucial for my growth as a musician and also just as a human. For the “Ghost Town” video we decided that shooting it somewhere in the middle of nowhere was a good way to represent the concept of the gray. At the 0:31 mark on the video there is a shot of a ‘somewhere in the middle’ written on a sticky note which is a subtle gesture towards what gray means to me.”- Casper Jones for CentralSauce

Related Sauce:   Why We Like It: Cam Archer’s “Foreword”

As previously mentioned Jones released “Ghost Town” as a part of his 2020 EP, GRAY, but he also released another EP, nomad. Dare I say if he just put those projects together Jones would have quite the album worth of music. He used to be a copywriter at several advertising agencies and is now pursuing music full-time making all of his songs out of his home studio in Bed Stuy. With a sound like this it’s no wonder why he made that choice. For any and all future updates make sure to follow Jones on Instagram and Twitter.