CentralSauce » Why We Like It: Carly and The Universe’s “Sunset” 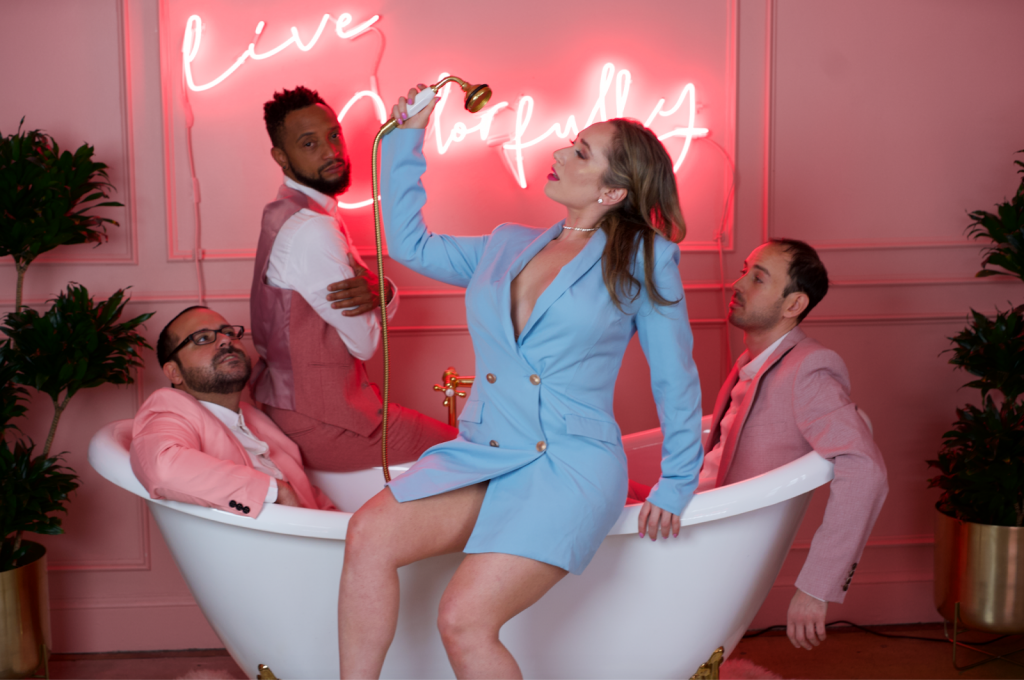 “Sunset” — Carly and The Universe

Carly and The Universe entered our SubmitHub inbox with a sweet blend of R&B, funk and hip-hop styles. The band consists of singer/songwriter Carly Liza, guitarist and producer Mike Post, bassist Freddy Hernandez, and drummer Cameron Clark. “Sunset” comes to us in anticipation of their upcoming EP, First Contact.

“Sunset” carries this charm which is impossible to not enjoy and requires no explanation. Yet, I am going to try and explain it. I joke, but I do find it fascinating how Carly and The Universe employ this fun, pop aesthetic rooted in soul and funk. It gives me this feeling of coming home to my mum’s cooking and falling back in love with that hearty familiarity. Simultaneously colourful, bright and calm, “Sunset” is able to borrow ideas from contemporary pop music without feeling derived, in fact it could not be further from that. “Sunset” is about as fresh as newly formed rays of light from the sun.

This simile feels appropriate for the precipice-of-summer feeling which “Sunset” provokes. Just as the song details a short-term relationship coming to an end, our love affairs with summer dissipate too soon at the feet of September, which is captured in the song’s short bursts of energy during the hook and in the latter stages. Much of the track is minimal, with Carly’s voice drifting over guitar riffs in moments appreciated just as much as those where the song shifts gears. In its genreless agility, “Sunset” is able to capture the freedom, fun and sadness of summer.

From Carly and The Universe

We like to think that “Sunset” can be played anytime to have a good time with friends or just to vibe out! Hope the fans like it as much as we do!” – Carly Liza for CentralSauce

More From Carly and The Universe

“Sunset” comes after a nearly three year hiatus for Carly and The Universe, so see how their sound evolved from their last album A Greater Thing. Their new EP is due to drop soon, so follow the band on Twitter and Instagram to catch it.