CentralSauce » Why We Like It: Call Me Ace’s “No Assistance” 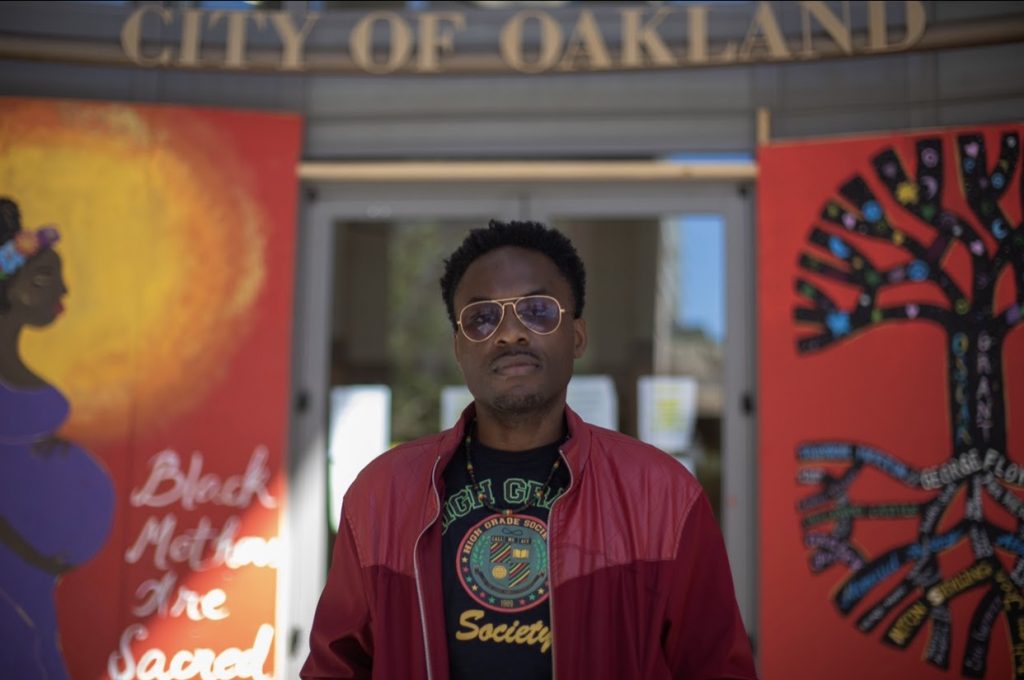 “No Assistance ” — Call Me Ace

Renaissance man Anthony Patterson, better well known by his stage name, Call Me Ace, had a declaration to make in our SubmitHub inbox. Born in Bridgeport, CT from Jamaican immigrants, Ace always had a hustlers mentality of doing it yourself. Back in 2009, Ace started the Columbia University Society of Hip-Hop (CUSH) to create a community and educate others around him about the cultural importance of the genre that has taken over the world.

Moving to Oakland, CA, Ace plans to make his mark on the industry. He released his first EP, Misinterpretations, back in 2016. Since then, he’s released 5 more projects, including his latest album Airplane Mode back in 2019. It didn’t take long for his new project, Working From Home: Extended, to feel that hunger for rapping again. Releasing it in the midst of quarantine, he needed to satiate that feeling of rapping. He immediately got to work on this single, “No Assistance.” He’s brash, clear, and concise on the record and it makes for a solid listening experience.

Don’t you just love it when rappers just rap. Like, as soon as they get on the mic, you can hear the hunger and desire to kill the beat with each word. As they continue spitting, the mic is begging for mercy until it’s all said and done. The emcee is on one and claiming to be that one that no one will mess with. It’s just the spirit of hip-hop that takes hold and fills my own spirit with joy. After “No Assistance” by Call Me Ace got done playing, I’m pretty sure I had smoke coming out of my earbuds.

My bredren and close producer, J-Dot Music, sent me around 20 beats one day. My most recent project, Working From Home: Extended wasn’t even out for a full month yet, but I was already hungry for what I wanted to do next. I’m actually looking at the texts now. I have a group chat with J-Dot and my other bredren and mix engineer, Brian Kidd. “Y’all I am itching.” The amount I have out is not enough for me. J-Dot sent me some beats. I’ma just start cooking and see what happens.” – Call Me Ace for CentralSauce (2020)

Over production that sounds like it’s coming straight out of a gospel drenched oven, J-Dot crafts a beat that bangs from a looped choir in bombastic union. The drums are hard and ready for Ace as he lands at the speaker’s podium to frankly just talk his shit. His flows are high in energy but are interwoven with more calm and collected flows in the midst of the song. He’s not rushing: he’s passionate. Each line hits with no hook in sight and using every breath he has to murder every syllable in his enraged soliloquies.

All I know’s I hustle ay day until like 4 sum’n / 4 years straight they say I blew overnight / They blew that outta proportion / They wanna pick my brain I tell em come and pick my courses / Ain’t tryna extort ya, I’m just a consultant / Actin’ like my time ain’t worth ya dolla that’s insultin’ / Actin’ like my rhymes ain’t worth ya dolla that’s insultin” – Call Me Ace “No Assistance” (2020)

He doesn’t need help, as he’s refusing to rest on his laurels. Anyone who is here for the moment and not for his true ascension, he’s telling them with all disrespect to fuck off. I love every second of it because it’s not braggadocio, it’s an addictive and contagious confidence. If I’m going to write and provide the world with my words, I need songs like this to be the kick in the ass that keeps me on my toes. Can’t stop, won’t stop, and the fire under me is hot. So I’ll keep running until the well dries up with me 6ft under the Earth and the sun. 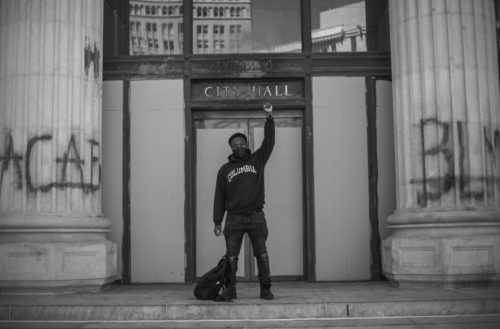 From Call Me Ace

Normally, I would only have one quote regarding the creation but Ace’s passion is so clear and has a vision that I had to share. Our exchange via email below.

Tyler: How did you challenge yourself with this song?

Ace: I challenged myself in three ways. The first challenge (ugh…I hate to admit it) I spent 3 hours writing this track! For me that is a lot of time – not sure for anyone else, but at least for me it is. I pride myself on completing songs within 1 hour or less and recording tracks in 1-2 takes. Because I juggle a whole full-time job on top of everything I do with music, I understand that efficiency (being able to do my absolute best as quickly as I can) is one of my strongest capabilities.

But with this song, I didn’t even know what it was going to be. Would it be a 2 verse-chorus track? A lead single, or an album-cut to a new project? Or would this just be a lyrical exercise to test my writing skills before actually working on something worth releasing? I didn’t have the answer. That was the second challenge: let go of the need to have “a plan” for the music. Mind you, I had just released 2 successful projects within 4 months of each other, one of which in the middle of two global pandemics (COVID and police brutality). Creating projects have provided me “structure” in what otherwise has felt like a sea of unknown. But with this particular beat, all my thoughts just felt uncontainable, and trying to create “structure” around the inspiration was limiting my ability in this instance to create.

That naturally led to my 3rd challenge: don’t hold anything back. Be completely free in thought and style (the old heads taught me that’s what birthed the term, “freestyle” in our culture). When I approached this song, I told myself to rhyme without any restrictions. Don’t worry about simplifying your rhyme schemes in order to appeal to more casual listeners or international fanbase. Let loose on your triple entendres and literary techniques. Will your audience catch how deep the “learn how to fish” metaphor really is and how you purposefully strung every bar together? Who cares! Do it anyway. It’s funny actually, because in that particular section I wrote, “Who’s gon’ dissect this to get the message?” – it was a genuine question, who would? But I didn’t let the question stop me from doing it anyway.

And with those 3 challenges, I went all the way in, and ended up recording a 4min track (which was largely done in one-take, but admittedly I had a couple punch-in sections here and there). After I recorded the track, I didn’t even know what to do with it. But in the beginning of the song I just so happened to write, “Since August ’89, I’ve been breaking statistics” – my birthday was coming up in a month, so that was my rationalization. I’ll drop this song on my birthday weekend. “No plan” became the perfect plan.

Related Sauce:   Why We Like It: Foire’s “OUTTA ORDER”

And the majority of the feedback after the song’s release has been overwhelmingly positive.

What did you want to convey with this song?

Two things: authenticity and perseverance. First and foremost, I just wanted to display how real my music and grind is. Even at the beginning of the song, if you notice, there’s a light squeak before I begin to speak. At first, my engineer naturally wanted to cut that sound out initially, but I told him to leave it in the track. That sound is me opening my closet door to get into the booth to record myself. That alone should give you a sense of the level of authenticity I had when approaching this. The song “No Assistance” is literally me illustrating my 4 year grind in the music industry as a super duper independent artist. Recording myself, marketing myself, booking my own shows (back when shows were an actual thing), etc. I’m thankful how my team is starting to take shape now, but it hasn’t come easy, and one of my goals was to showcase that grind in ultra high definition.

What’s made the grind even more monumental is the day job I balance simultaneously – as many of my fans already know. But it’d be a mistake for someone to think “Oh he works at Google and that’s why…blah blah blah” – nah yo, like I said I’ve been doing this for over 4 years (longer if we include my time at Columbia University…whole different story). That’s why in “No Assistance”, I even wrote that line, “You can Google me and that ain’t ’cause they my employer.” For me I wasn’t tryna be cocky with that line – it was more so a retort to those that try to shortchange my journey and assume my path has come easy. As if my family and I didn’t come from nothing. Like I never had doors closed in my face. Like I was born being told the world would look at me and just grant me opportunities. Quite the opposite. Nonetheless, we persevere.

If you take nothing else from this song, know that it’s about persevering through all the obstacles and opposition that stand in your way. My encouragement is that, if I can do this, then so can you, and my hope is that the lyrics, the energy, and/or the messages in this song can assist you on your own journey of perseverance. Guess the title is a slight misnomer, huh? Because we do all, in fact, need some assistance from time to time.

More From Call Me Ace