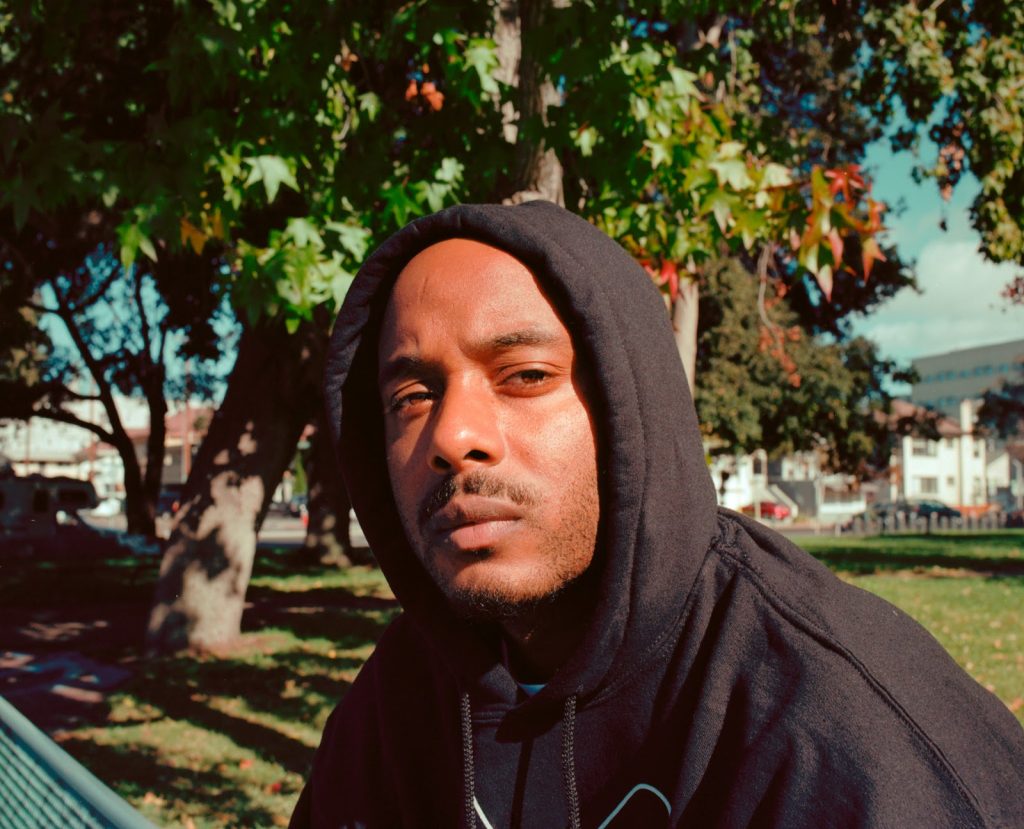 It’s always a good day when a song with two amazing rappers we are already fans of reaches our SubmitHub inbox! The track “Contact” by Caleborate featuring Kota the Friend produced by Chonchies and Michael Calvan is a perfect blend of concise and intentional bars with a breezy beat with depth. Caleborate’s music mixes ’90s alternative, classic 2000s rap, electro-pop and beyond, but hearing this simple yet potent offering from the Oakland MC and his Brooklyn rapper counterpart soothes the soul at an odd time in the world.

“I could feel the sin in my lungs, the magic in my skin / The weight on my heart, the flame on my pen / The chip on my shoulder that’s stackin’ on ten,” are quite the opening bars. The corporeal imagery from Caleborate on his new single “Contact” feat. Kota The Friend grabs you like a concerned friend. The lyrics hold you like the contact you need from that same companion for centering. Over a fitting instrumental of fluttering and warm guitar strums mixed with lightly rolling boom bap percussion, he displays his outward analysis of his own introspection.

Caleborate, throughout the rest of his well-executed verse, chronicles the at times grueling process of dream chasing. He cleverly drops little details to bring you into the specificity of his surroundings, like the odd silence that existed in his home and his fear of being caught hiding women from his Aunt during nighttime meetups. Then towards the conclusion of his stream of consciousness Caleborate arrives at the core of the song with the four words, “Real men stay patient.” Though he revels in his lack of being where he wishes he was, he knows achieving what he desires, in the way in which he wants, requires trust in the universe and a freeing of mental time constraints. As the smoothly delivered hook follows the verse he raps, “Shoutout to the homie for selling me good weed / You might catch a contact if you fuck around with me / And shoutout to the ones that accept me for me.” The double meaning of the high you achieve from being in Caleborate’s vicinity is clear. The drugs and music will elevate you equally if you stick with him.

When Kota The Friend’s voice appears it is no surprise why Caleborate picked him for this feature. It’s the perfect beat for Kota’s natural pocket and he keenly delivers a standout feature verse. Kota dives into his own experiences with patience and acceptance, but mainly from the women in his life. He particularly hones in on the lady he is currently in a relationship with. He raps, “She in love with me and she don’t care about no money / My family say gold digging I just think it’s funny / ‘Cause she the only one that ever understood / I am a museum she just come and look, I am like a library / She just came to read, she don’t judge the books.” Even with his family’s paranoia of women taking advantage of Kota’s financial gain, he basks in his gift of a woman who understands his lifestyle. This seems to allow their relationship to organically grow rather than add even more pressure to his already demanding existence of balancing a musician’s career and fatherhood. Kota ends his verse rapping about the love his son has taught him and his hope for a daughter with his compassionate partner. As the last iteration of Caleborate’s chorus plays, you can’t help but hope each of these guys gets the future they have been patiently preparing for. 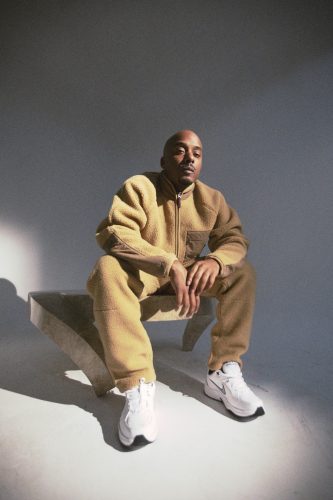 It’s not being patient or slow about getting after it every day — I’ll hustle for that — but rather for being patient for the return. I don’t have to have things exactly right now, but patience allows me to appreciate where I’m at, appreciate my moment, not compare myself to other people, and extract all the energy I need from that moment to inject into my next song, my next step, my next show. Without learning that lesson, you could miss out on your blessing, your success, which would be tragic. Patience has helped me slow everything down throughout my life, but within my career specifically — I can still be hungry and focused on the now, but also being patient with the development of my investment.”- Caleborate for CentralSauce

This mellow, lyrically powered single will also be featured on Caleborate’s upcoming album Light Hit My Skin, out March 26. The album will also feature collaborations with Duckwrth, Deante’ Hitchcock, redveil and more. His other 2021 released single “What U Want” is also absolutely worth a listen. The 27-year-old already has 75 million+ streams and has been featured on Spotify’s New Music Friday playlist, the FIFA ’21 soundtrack, and the soundtrack for the film Shaft with Samuel L. Jackson. Follow Caleborate on Instagram and Twitter for any and all future updates.