“Essential & Unheard” is a series that highlights awesome music that flew under your radar each month. A 20 track-maximum playlist featuring songs by lesser-known artists that deserve more recognition, along with our featured album of the month: Under the Shade from Caleb Giles.

Before I say something pithy about the sweltering July heat, or how I hope all of my lighter skinned brethren are dipping themselves in sunscreen before they go outside, or about how I need one of you bozos to buy merch off teejayx6’s website to see if he steals your identity, I need to talk about the biggest thing to happen in rap this entire year: Blueface delivered the line “I need a Kim Possible to play with my Rufus” on his XXL verse. That’s really it. That was the most essential and unheard thing in July and I’m really not sure I need to unpack that line for anyone. So, I’m out, I’ll catch y’all next month.

Just kidding, kind of… Though that Blueface line really is the hardest shit I ever heard. Let’s do the usual though and run through a couple releases. Yes, Chance the Rapper dropped his “debut album” (is it really either of those things??) The Big Day this month. No, it’s not as bad as the internet is saying, no, it’s not unbearably long, and yes, stop trusting Fantano and other YouTube “critics” (I use that word loosely) like they’re seers of the music industry. The Chance album is fine. More importantly, we got new Blood Orange and that shit rides. Dev x Tinashe x Project Pat x Gangsta Boo?? I’ll take seconds. The new Burna Boy album African Giant is excellent, Drake linked up with Ross for unnecessarily decadent raps, and Maxo Kream’s RCA debut Brandon Banks is a rap AOTY contender (I’m sticking with this take).

The playlist is below, so ollie the gap (I’m running out of ways to tell you to scroll past this playlist) for a discussion about our featured artist for July: Caleb Giles and his release Under the Shade.

Caleb Giles: Under the Shade

Caleb Giles’ third solo album, Under the Shade, was released on July 24th. It is imbued with the energy of summer—a stand-in for the season where white t-shirts become the de facto wardrobe choice, black jeans are only worn by the brave, and the heat sauntering off walls and emanating up out of asphalt is the most immediate thing.

Related Sauce:   Why We Like It: Nami's “Who Lied To You” 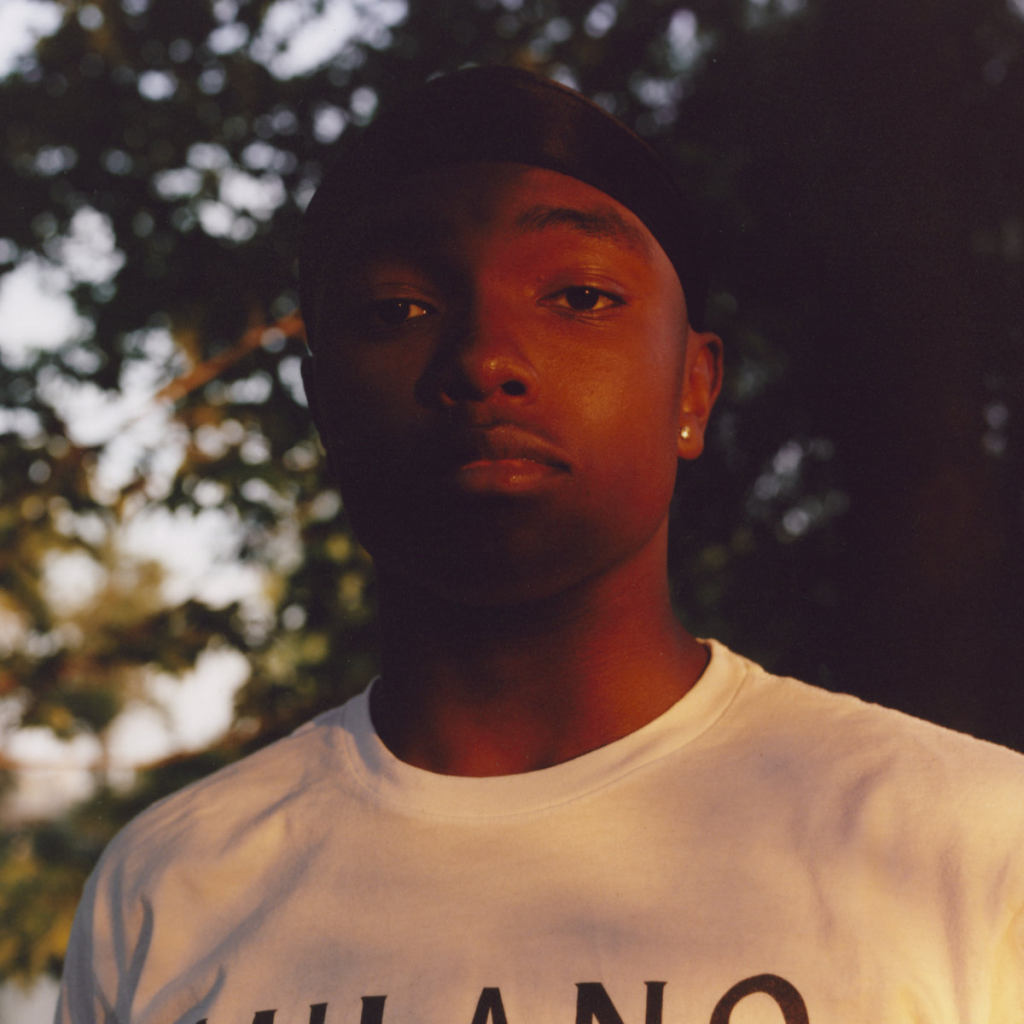 The sun is the antagonist, the album’s name reflecting the peace found in separation from that oppressive heat that hangs longer and heavier in the summer months. “Sunshine” opens in the way the rest of the album promises to continue: a collage of voices and sounds propelled with the force of a glitch-stunted beat hiding the density of Giles’ lyrics. The instrumental here, and elsewhere on the album, less resembles the chopped hard-loops Earl Sweatshirt reinjected into the mainstream with last year’s Some Raps Songs and more reflect the free jazz work of Standing on the Corner and Slauson Malone’s brand of hip-hop reconstructions.

These comparisons orient Giles as a distinct part of a burgeoning New York scene—one component whom I’ve featured in this series in the past is MIKE. Giles is a Bronx-raised member of the aforementioned collective Standing on the Corner, a group led by Gio Escobar that Slauson Malone was a part of. A multi-instrumentalist with experience on the keys and the violin but a saxophonist by trade, here, as Giles has in his prior two solo works, flexes chops outside the reed and brass.

On his prior album, There Will Be Rain, Caleb Giles found himself ruminating on the power of the natural world. Like on Under the Shade, this power isn’t defined in absolutes; the cataclysmic flood of Genesis and the promise of fire next time is the central terror of There Will Be Rain, but the existential fear is felt in the plaintive questioning of “Wondering.” And on “Changes,” the hum lifted from Chance the Rapper’s “Summer Friends” cedes way to a beat resembling the workings of a jazz band more than a DIY hip-hop album, the track continuing the album’s search for peace under the weight of impending cataclysm.

Instrumental proclivities appear in Giles’ work in a way that feels eerily reminiscent of preeminent beat-instrumentalist Madlib. The comparison is lofty, but Giles’ own history in jazz as a primary mode of expression and usage of hip-hop thoroughfare as another way of imparting his musical talents feels reminiscent of things like Madlib’s Blue Note reproductions or work as Yesterday’s New Quintet. Maybe this is just a hint of what made the connection between Gio Escobar and Caleb Giles so prodigious, and why Standing on the Corner’s signature has become en vogue over the past year.

There’s an attention to detail creeping up in subtle ways, as the chords bleeding from the end of “Too” into “Gather,” or the atmospheric lilt of “What’s Mine,” featuring fellow New York upstart duendita. On “What’s Mine,” duendita’s touch fills the record with a dimension that feels like existing in your own world––in public. It’s a sound she executes on her own exemplary debut from last year, direct line to My Creator, where her deeply personal reflections are imagined among a chorus of background voices and sounds of nature. “What’s Mine” finds Giles in a similarly meditative headspace, rapping, “I came from sleeping on floors to a nigga dreaming / that we’d start eating from flows / tired of eating Goya / tired of being tired / I’d climb this mountain on ya.”

Caleb Giles’ flows aren’t always proficient, but his lyricism is always personal and riveting. The album, for all its drunken drums and layered instrumentals, sounds like summer. Or at least a version of it where as much time is spent pondering getting up and getting out as it is spent enjoying life. He offers “I’m wishing on that well water penny-flipping, that I can dip my cup and watch it runneth over dripping” on “Roundtable,” and elsewhere the album is dotted with the lurching sense that summer isn’t all fun and games, the shade isn’t always relief from the sun.

On “Sunshine Reprise” he presents a moment of shade at its rawest: a moment of reflection. But what he reveals isn’t the cooling meditative power found in the shadows cast by the tall buildings or wide trees; what he reveals is the pathological heat of the sun, the reach of the villain that’s made his “life in the shade hot / feels like I’ve been in it this whole time.”

Under the Shade leaves us with a vision of summer that isn’t just the rumbling bass and outdoor cookout music we associate with freewheeling fun. It’s not music to mix with the sound of ribs hitting the grill—even if the groove on “Gather” is inimitable and Pink Siifu’s turn on “Quicksand” is invigorating. What Caleb Giles delivers is a collection of reflections that grip the escapist sensations of summer; the mood wiped away with the grass we brush off ourselves after reminiscing underneath a spot in the shade. It’s the sound of trying to grab a little bit of solace from the weight of the sun.