CentralSauce » Brockhampton: The Video that Started it All 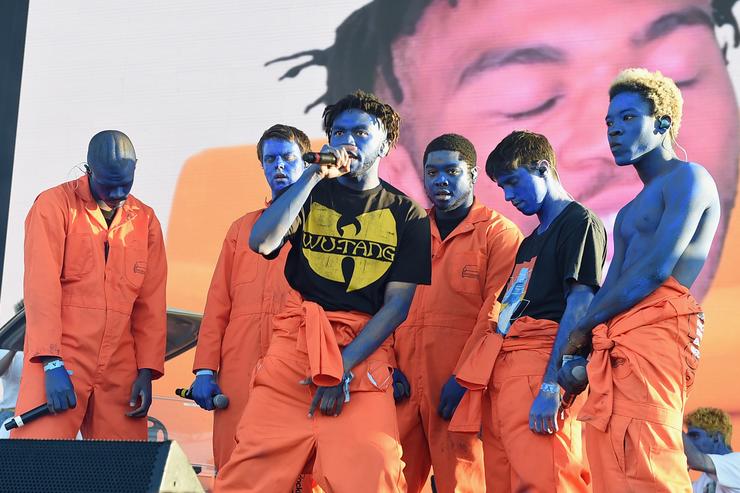 BROCKHAMPTON has come a long way in a short time. The California-based hip hop collective hit the industry in full-force this year and took no prisoners, dropping their first two albums, eight singles, ten music videos, going on a 17 stop nationwide tour (their first), and even producing a four-part original tv series.

Saturation III, Brockhampton’s third studio-album, drops this Friday (12/15). Saturation III will be the final volume of the Saturation trilogy, concluding the musical series in the same year it began. Saturation I & Saturation II were each preceded by a series of singles and accompanying infamous music videos, however the group is taking a different approach for Saturation III with no singles or videos, instead preferring to let the buzz build for a single big release.  I’ll just say this: if the first two volumes were anything to go by, Saturation III is going to be some of the sauciest shit of 2017.

In eager anticipation of the new album (seriously it’s going to be awesome), check out the viral music video for “FACE”, the very first single Brockhampton dropped preceding Saturation, the first album in the series.

The “FACE” music video begins with an introduction in Spanish by Roberto, a member of the group that introduce each of their video with single phrases – all beginning with the trademark “Me llamo Roberto, y…”

The song features verses from vocalists Dom McLennon, Matt Champion, Ameer Vann, and JOBA. Strangely, this first single is one of the only tracks Brockhampton has ever released that doesn’t feature the vocals of group leader and visionary, Kevin Abstract. Merlyn Wood also misses out. The real highlight of the track is JOBA, who sings the haunting hook and concludes the song with its best verse. The end of the video features several shots of the members of Brockhampton lying in a massive pile of writhing limbs and shirtless torsos, which somehow seems to fit perfectly with the feeling of intimacy and heartbreak “FACE” creates for the listener.