We dug through every interview Brockhampton has ever given (both individually and as a group) to discover the inspirations and influences of Brockhampton, then spent hours making the ultimate playlist of Brockhampton’s greatest musical influences. Prepare to get to know the group like never before.

Brockhampton technically began in 2015, but the group’s early beginnings go much further back. In 2011, Brockhampton’s members were scattered across the country. Many of them, including Merlyn Wood and Ameer Vann, weren’t even making music at the time. Others were pursuing various solo projects, like Dom McLennon and Kevin Abstract. But then, everything changed with the now famous thread that Kevin Abstract posted on the online forum KanyeToThe, simply titled “Anybody wanna make a band?”.

The group banded around their shared musical tastes, centering on genre-innovating artists and prolific producers like Kanye West. Starting with their debut mixtape All American Trash, Brockhampton began developing their own unique sound.  Keeping one foot firmly planted in the musical space created by hip hop revolutionaries like Kanye West, Frank Ocean, Future, and Tyler, The Creator, while exploring other genres like pop, alt rock, r&b (and even the occasional rock ballad), Brockhampton began creating something special and increasingly hard to define.

Few other artists can match the amount of emotion and sheer energy for even a single song that Brockhampton brings by the album-load. They’re not afraid to be vocally exposed with acapella segments and have also shown a willingness to work with surprising collaborators like former Radio Disney star Ryan Beatty. Although it remains to be seen whether the members of Brockhampton have what it takes to pursue successful solo careers, the sum of their collective is greater than anything we’ve seen in the rap game with just a few exceptions.

We recommend listening to the playlist straight through (no shuffling!) so you can track song themes and each song’s Brockhampton counterpart with our Playlist Guide below.

The vast majority of artists included in this playlist have either been specifically mentioned themselves or had a song by them mentioned by a member of Brockhampton in an interview discussing personal music influences. We picked 1-4 tracks by each influencer that carry noticeable themes audible in Brockhampton’s sound, taking into account overall sound, or some specific aspect such as production, vocal style, or flow.

Every song from the playlist and its Brockhampton counterpart, track by track. 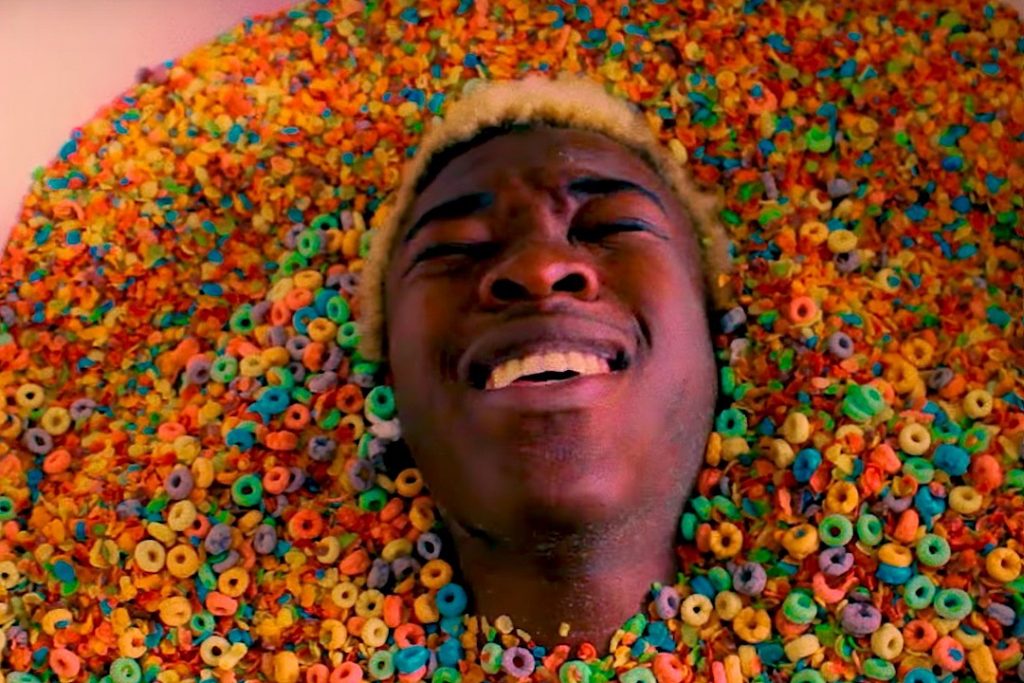 Unfortunately only a couple members of the group have given solo interviews in great enough depth to quote them on their influences. We’ll keep this section updated as the rest of the group, including JOBA, Matt Champion, Merlyn Wood, and Romil Hemnani, begins to open up more after Saturation III.

Do you hear what we hear, or did we get a few matches wrong? Tell us in the comments!

Edit: Looks like the fellas are enjoying the playlist too!