It may seem like Anderson .Paak has risen to fame overnight, but the stupidly talented singer-rapper-drummer-producer has been on the scene for longer than you think. In his early chapters – years before he went by Anderson .Paak – he had another name. Here’s everything you need to know about the story of Breezy Lovejoy.

Brandon Paak Anderson, aka Anderson .Paak, aka Breezy Lovejoy, has been making people’s hips move for over two decades. After showing great interest in music from an early age, .Paak’s mother got him his own drum kit at age 11. The kit was his first love. Over the next few years he taught himself to play the drums well, earning an invitation from his god sister to a place where he could show off his talents: church.

“My godsister invited me to church when I was about 11 years old after I had learned to play a couple beats. She was like, “You should come to the church. You gotta see the choir and you gotta see the church band.” I went, and I saw the choir and the church band and I was hooked. I’d never seen any kind of playing — I’d never been in a black Baptist church before that. I was just in love with the energy.” – Anderson Paak with NPR 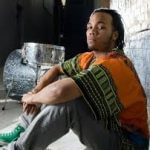 The church was in Oxnard, a small city in the outer sprawl of Los Angeles – Brandon Paak Anderson and his three sisters were born and raised there. Church was a focal point for Oxnard’s fragmented black community, and Paak didn’t just find his musical passions there: his short-lived first marriage was to a girl he met there at age 21.

Before Brandon Paak Anderson was Breezy Lovejoy, he was just Breezy. The nickname was bestowed upon young .Paak by his brother-in-law because he used to eat a lot of cheetohs which allegedly led to him creating a gassy presence for himself. Later on when Brandon Paak Anderson started making music, he added “Lovejoy” to the long-time moniker because it sounded smooth – just like his music.

The Evolution of Breezy Lovejoy

Anderson .Paak knew early-on that he wasn’t cut out for a day job, but it took some time for him to figure out what he wanted to do with his life. He juggled various odd jobs, grew and sold cannabis, and spent some time homeless before he focused in on music.

“I pretty much was set on not ever working a 9-to-5. By the time I was about 18 or 19, I had quit my job at Ralph’s supermarket, I had quit my job at Vans, and I had another job where I was watching mentally disabled people and that was probably the longest job I ever had. Once I got to L.A., I was about 25 years old and I had my son. Before that I was living with my sister, but I got kicked out of her place. I had nowhere to go, I was with my family — my wife and my son — and there was nowhere to take them. I had stopped selling weed and I had spent all of the money. I was trying to finish up my first project, OBE, under the name Breezy Lovejoy, and get things legit.” – Anderson .Paak with Medium 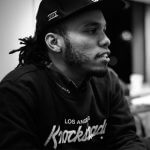 Things weren’t easy for Breezy Lovejoy. At the time he really began getting into writing and creating music, .Paak was penniless and living on his friends’ couches. He would do anything to make money with music, spending time as a wedding singer, spinning at clubs under the alias DJ Styles, and backing other artists with his vocals and drums.

“I helped out a lot of other people with that name. I did a lot drumming, putting together bands for other people. And I wasn’t quite sure what direction I was going in with Breezy Lovejoy.” – Anderson .Paak with Mass Appeal

It was all about fueling his music – trying to make enough money from performances to get studio time and cash to use to create. His early music was scattered but showed distinct promise for the budding musician. You can definitely hear the .Paak he would one day become in his earliest tracks:

Despite his music not gaining much commercial traction, this time period was crucial for growing his musical style and making connections. Brandon Paak Anderson would continue to rely upon these connections as his career went into high gear.

These days saw Anderson .Paak connect with artist Dewey Saunders, who eventually did all the artwork for his later albums Venice and Malibu. The Breezy Lovejoy years also connected .Paak with the early core of his band, the Free Nationals. Guitarist Jose Rios was first: the two met in the parking lot of an apartment building where each of their girlfriends at the time used to live. The next day, the two played a gig with Free Nationals keyboardist Ron Tnava Avant. The three musicians began creating original music together in their free-time and booking small shows. In the audience at one of these shows was bass guitarist Kelsey Gonzales, the last piece of the puzzle:

“I met them at Little Temple bar in LA. I had already met Jose through playing in churches. I met Ron through playing through some gigs and I saw them both at Temple that night. My friend Gabby took me to go see this dude that she’d been telling me about, named Breezy. She’d been friends with him for a while and had seen him play many times. When I got there I was like, “Oh, those are the homies.” Then I saw [Anderson] and I was like, “Whoa, this dude’s an incredible drummer and singer,” and right after the show I went up to them, and we’ve just been rocking together ever since.” – Kelsey Gonzales with Pigeons and Planes

Here’s a video from that fateful night at Little Temple Bar that brought the Free Nationals together:

One of the quartet’s first commercial successes came in March of 2011, when their video doing a remix of Notorious BIG’s “I Got A Story To Tell” blew up online. In the video is Jose Rios, Ron Avant, Kelsey Gonzales, and a charismatic young .Paak with dreads.

Although he still had much maturing to do, .Paak’s music as Breezy Lovejoy still highlighted his trademark laid-back soulful delivery, sharp lyricism, and background of uniquely divided and dynamic drum patterns.

Breezy Lovejoy’s debut EP Violets Are Blue was released all the way back in 2010. The EP is still available on spotify and includes the song “Girls BF”, a personal favorite because it sounds like it could fit in perfectly with his studio album Malibu, despite the two projects being six years apart.

June 2012 saw the release of Anderson .Paak’s first album under Breezy Lovejoy, O.B.E. Volume 1. This is the only album .Paak has ever released that isn’t self-produced. Although he didn’t produce the album, he did sing, rap, and drum all over it. O.B.E. is also the first project upon which we see a member of the Free Nationals, with guitarist/producer Jose Rios pitching in on the production for “E & J”.

Anderson .Paak on “Sadie”:
“I know some people tell me i shouldn’t smoke
Same people be mixing their henny with coke
Same people addicted to reality soaps
Shit life is a joke nigga leave me alone
Say whats the difference if i’m minding my business
Ain’t nobody offending ain’t no reason for bitchin’
I’ve been grinding and mining with my hands in the trenches
Where was you at”

Less than six months after dropping O.B.E. Volume 1, Anderson .Paak released his second studio album, LOVEJOY. The project was Breezy Lovejoy’s second of 2012 and showed Anderson .Paak beginning to flex his production muscles – every song on the project is self-produced (although two tracks do have co-producers). In addition to his vocals, .Paak also played drums on every song of the album with Kelsey Gonzalez and Jose Rios of the Free Nationals pitching in on instrumentation as well. The song “Piece in the Glovebox” featured vocals from an artist out of Inglewood by the name of SiR, who wouldn’t drop his debut EP until four years later. SiR signed with Top Dawg Entertainment in 2017 and returned the favor by featuring Anderson .Paak on his label debut, HER TOO.

As things started to get more serious for .Paak and his music, he began to reconsider his approach. Instead of continuing to just make music, Anderson .Paak decided to take a note from the City of Angels and also begin to focus on his image and brand as an artist. Although he wasn’t keen on abandoning the relative success he’d begun to feel as Breezy Lovejoy, he realized it was necessary for him to accomplish the things he wanted to accomplish in his career: “I didn’t want to be a new artist. But I remember thinking about, if I ever met Dr. Dre, could I go up to him like, ‘Hi, I’m Breezy Lovejoy.'”

Brandon Paak Anderson made the decision to rebrand in 2013 and kicked off the new era with Cover Art, his first EP as Anderson .Paak. Cover Art was an all-covers EP that was inspired by the white artists of the 1950s who achieved commercial success by remaking songs written by black blues and R&B singers. Anderson .Paak decided to invert the process, and began his ascension into hip hop lore.

“When I initially wanted to change my name, my whole thing was that I wanted people to rediscover me. I was going through a transition in my life and I wanted my artistry to reflect that. What I did with Breezy Lovejoy, I was done with that. I felt accomplished and I wanted a new transition in my artistry, or a new chapter. I welcome people who are only going to know about this new moniker, and might not even go back and listen to Breezy Lovejoy. I knew that people that really followed me as Breezy Lovejoy would follow me as Anderson .Paak as well. If they don’t wanna fuck with it, then oh well, they’ve got a lot of music under Breezy Lovejoy to enjoy too. I don’t see it as a problem. When people really want to find something or want to know something, they’re gonna get to the bottom of it.” – Anderson .Paak with Pigeons and Planes

Since then, Anderson .Paak has gone on to create two entirely self-produced albums, earn two grammy nominations, be included in the 2017 XXL Freshman Class, and become the first artist to sign with Dr. Dre’s Aftermath Entertainment  in over a decade. Although it may have seemed risky at the time, it’s now impossible to second-guess the decision to re-brand. Breezy Lovejoy represents the past and Anderson .Paak has eyes only for the future – but we all love a bit of nostalgia once in awhile, don’t we?