CentralSauce » Why We Like It: Bluebloods’ “Postcard From A Quarantined Miner In Flin Flon” Ft. Courtney Devon 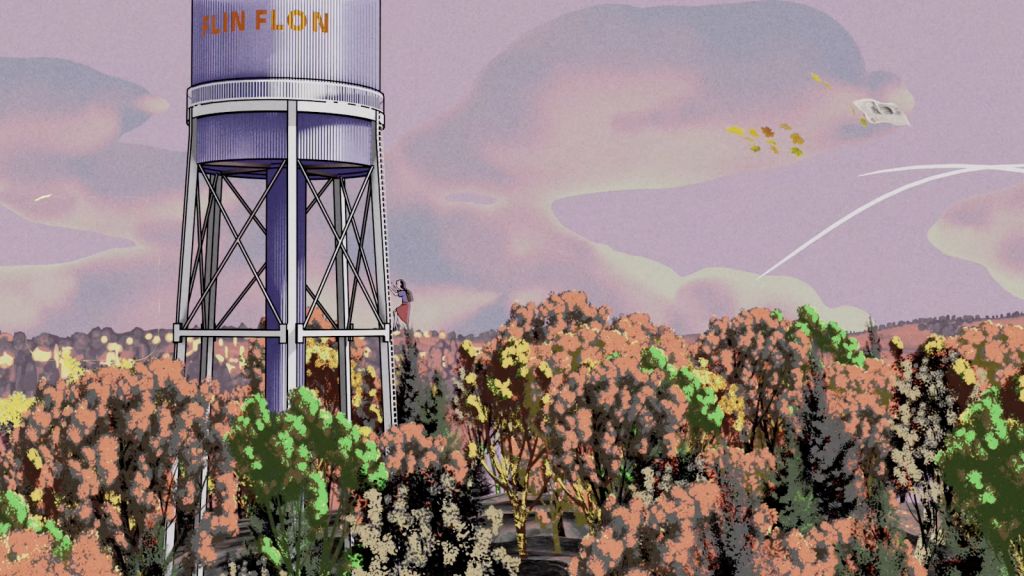 Sometimes something is odd yet captivating. Manitoba, Canada artist Bluebloods’ new single, “Postcard From A Quarantined Miner In Flin Flon,” is one of those irresistibly weird songs you just can’t help but like. Conrad Sweatman is the producer and songwriter of the tune. The video concept was written by Conrad and Sally Sweatman, his Mom. Courtney Devon is the song’s singer and the video’s actress. Then lastly, animation for the visual was done by Ben Clarkson. It flew into our SubmitHub inbox like that thing we couldn’t have possibly realized we wanted.

An extended instrumental intro can feel really drawn out and unnecessary at times. However, other times it can create distinct suspense through well-executed chord progressions. For Bluebloods’ new single, “Postcard From A Quarantined Miner In Flin Flon,” producer Conrad Sweatmanhas crafted a purposeful opening in two parts. The first fifteen seconds have bright yet minor piano chords and flutterings intertwined with smooth and soft electric guitar plucks that lift those keys like wind to a feather. In the music video accompanying the single, this same fifteen seconds shows a soaring shot of animation through the town of Flin Flon, finally landing on a girl in a room with headphones on, writing. The initial tone and visual switch simultaneously as the girl becomes a real-life person, and the second half of the intro enters with more dark driving piano notes and drums along with an unctuous repeated hum from a female voice. The anticipation is palpable.

The hum sounds like a sample that just exists in the composition. Yet, its tone eventually matches that of the voice of Cortney Devon, the single’s main vocalist, as she enters at the 1:09 mark. Leading up to this first sung verse, in the almost minute-long second intro half, we see Devon sorting through postcards with mining town imagery and news clipping of reports of the 1918 influenza pandemic. As Devon starts singing, you hear her seeming to recite a letter to a distant lover which carries throughout the rest of the tune.

Related Sauce:   Why We Like It: Thythy’s “Free As A Bird”

Trying to decipher the exact intention of the letter is a bit too difficult to muster, but that’s fine. For listening pleasure you surely don’t need it. Whatever the couple’s relationship is and the time period are secondary to the intoxicating soundscape and Devon’s ethereal yet, at times, ravenous vocals. The whole thing seems to have been concocted by a strange yet poignant mind that wants to comment emotionally on the current moment. The sounds and imagery combine into a collage of vintage beauty in the unrest. Devon’s voice cuts like a freshly sharpened blade through a red onion.

At the end of the visual, Devon and her lover glide off together in an old school red convertible as she sings, “soon we’ll sway by highway moon.” This moment of joyous relief seems to signify the other side. A place where the chaos is stilled. Love at the end of the tunnel. 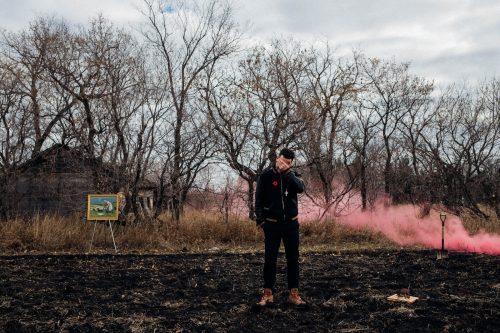 Bluebloods: It’s true that the historical references in the video are somewhat all over the place! But I think at its heart this is a very familiar love story. It’s about lovers trying to stay strong while the world around them, seemingly falling apart, conspires to keep them apart. We’ve deliberately made it unclear whether this story is set in 1918-1919, 2020-21, or some other period between. One reason is because we think this fuzziness makes the story — about two lovers being pushed around big historical forces — seem like it could belong to almost any time period, which I think it could. The other reason is that there’s a lot of commonalities between 1918-1919 and 2021-21. Both periods contain pandemics and massive political protests, which seem to feed into one another. Because I’m a Canadian musician, living in Manitoba specifically, I’ve tried to relate these events to references people here will recognize. So I’ve made one character, Louise, a miner in Flin Flon Manitoba, and her lover a man from Winnipeg Manitoba. And I’ve drawn on images from Manitoba’s experiences of strikes, protests, and pandemics. We have the two of them writing letters back and forth because we think this image captures how people are dealing with the pandemic today: torn apart physically but trying passionately to stay connected in other ways.

This is Bluebloods’ first release since the 2019 launch of the Make It Rain EP, which the Winnipeg Free Press called a “profound statement of intent from an artist whose work will soon be sought after.” Check that out if you liked this and make sure to follow the band Bluebloods on Instagram and Courtney Devon on Instagram & Twitter for any and all future updates!