CentralSauce » Why We Like It: Blu Hyku’s “Carry On” 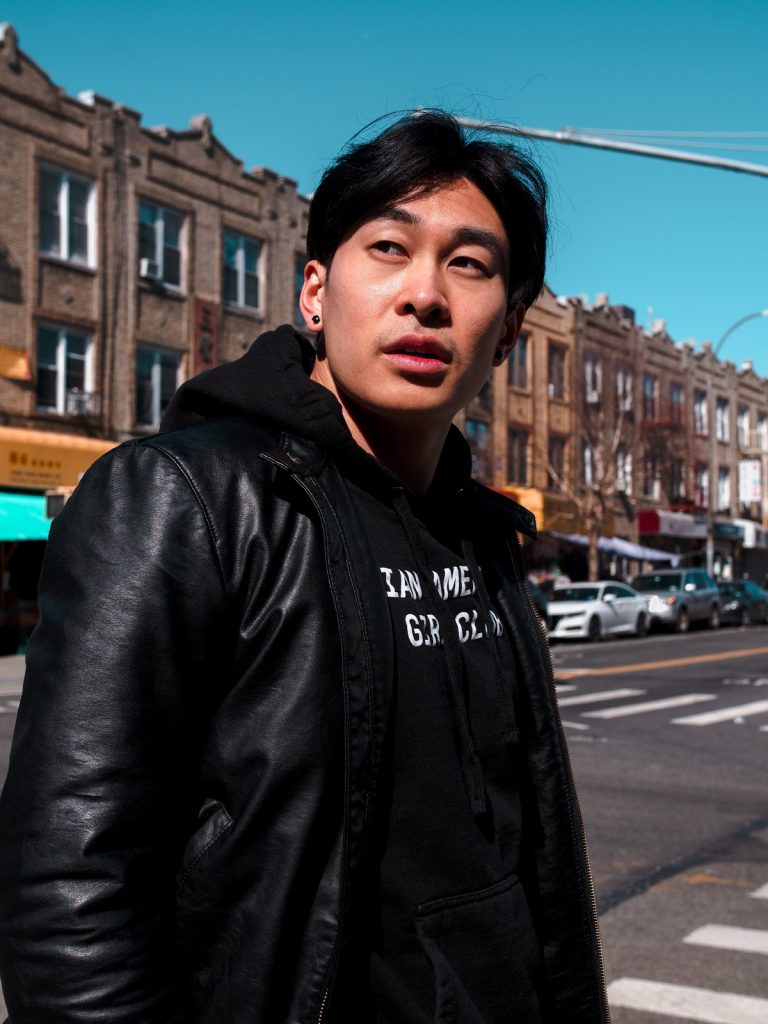 Editor’s Note: This story was scheduled in advance to publish on this date prior to the horrific news of gun violence claiming eight lives in North Georgia — six of which were Asian American women. I’ve chosen to still publish the article because, as there will certainly be a surge of awareness for the rise in discrimination Asian Americans have faced over the last year, it demonstrates how that concern has always been on the surface for the people in those communities. It shouldn’t take tragedy for those of us outside of any marginalized community to begin paying attention to the needs of that community. For more information on racism against Asian Americans, read the statement from Georgia’s Asian Americans Advancing Justice.

It’s always an eventful time in our SubmitHub inbox, which holds far more mail than your average post office box. It was within that well-stuffed e-box that Blu Hyku first came to our notice, his new song “Carry On” hitting with both sage rhymes and kind melodies.

The NYC-based musician, actor and writer doesn’t mince his words when it comes to the 3000+ attacks that Asian Americans have endured since the beginning of the COVID-19 pandemic, but those words are less warring and more reassuring. It’s just one detail that helps make “Carry On” a touching, thoughtful, and mature meditation on a grim and underreported pattern of racist violence.

There’s something to be said on the simplicity of Blu’s “Carry On,” and just what that something is changes from person to person.

It’s a track that could very easily be seen as overly didactic, preaching familiar lessons with a soft, unhurried inflection. There’s no denying that Blu’s lyrics are uncomplex – he says so himself, hoping that “you can find a home within [the] simple rhymes” – but there’s a real beauty to just how patiently they unfurl, full sentences daisy-chained into overarching arcs. There are no word association games or veiled poetics to cloak his pure message, one best delivered through forthright, honest observations.

The tales within are pulled from both headlines and personal experience: as an Asian-American, Blu’s seen the scourge of prejudice hurt people he loves. A juvenile blame game, inflamed by opportunistic politicians, has had real-world consequences for Asian communities across the United States.

Years ago, walking through the streets of Sawtelle in Los Angeles, I stumbled upon a poster that informed me about Vincent Chin, a draftsman who was murdered in Highland Park, Michigan by two white auto workers. They ascribed him blame for the success of the Japanese motor industry – Chin was Chinese. The poster closed with a simple question that’s stuck with me ever since: “Has anything changed? Can this happen today?” There was never any doubt, but it’s become harder still to feign ignorance.

There’s an earnest love underpinning Blu’s stiltedly melodic verses, with empathy extended to both the victim of a racist attack and – shockingly – the perpetrator. The “asshole who never got his stimulus cheque” is “spinning in debt,” yet another victim of the labyrinthine system that’s both “broken and… breaking our backs.” Far from excusing the attack, Blu ascribes blame while promoting an understanding of widespread hardship, commenting on how lackluster crisis infrastructure has left many feeling aggrieved. That an inexcusable, racist attack on a citizen is a response might just have something to do with that governmental obfuscation: when action might’ve been taken to prevent a deepening economic collapse, some were more concerned with epithets, slurs, and the marginalisation of fellow Americans.

Blu’s verses hit the beats of a long-lost friend, the kind who wanders back into your much-changed life and reminds you that some bonds never break. “It’s okay to cry, just be honest when you say you’re fine,” he offers, putting affirmations over-prescriptive advice. It’s a rallying cry for a besieged community, but Blu never veers into warlike rhetoric – instead, he promotes sharing the load, discussing the hardships and strengthening resolve through hard-earned perseverance. He’s right here, voice soft and intentions pure, and he’s willing to hear you out as you deal with it all.

“I’m in no rush so you can take your time,” he assures, like a patient friend who can tell you need the counsel. “When it’s dark outside, please don’t dim your shine” might end up a platitude in less capable hands, but taken as a part of this greater tune, it’s genuinely terrific advice.

That’s the beauty of “Carry On” in a single sentiment: Blu never treats his lyrics as anything other than words you ought to hear… and he’s right. A message of tender solidarity sent out to his besieged community, Blu Hyku’s “Carry On” understands what it’s like to be violently othered – and maybe, if we all had that insight, we could put an end to these ugly racist assaults.

Blu Hyku: Honestly there were many moments when I was so frustrated and just downright heartbroken by how bad marginalized communities were hit this past year. There was an 89-year-old Asian lady who was slapped and burned in the same neighborhood my brother used to take EMT classes at so how could I not feel stressed for the safety of my family and people? The whole situation affected me not just mentally, but physically too. I smoked way too much weed for my own good, ate too much junk for my body to handle, and slept at such crazy hours of the night. It didn’t help that we were all cooped up in our homes and glued to our phones.

One day I woke up at 11 a.m. and saw that I reached 9 hours of screen time usage and that was when I said enough is enough. I started waking up at 5 a.m. (and still do), exercised and did yoga in the mornings, and most importantly, I got back to working on my craft. Instead of responding to random comments on Instagram, I would meditate, reflect, and journal. As Toni Morrison puts it: ‘This is precisely the time when artists go to work. There is no time for despair, no place for self-pity, no need for silence, no room for fear. We speak, we write, we do language. This is how civilization heals.’

As an artist my job is to observe society and reflect upon our times through my art. I try to look at life from a bird’s eye view because that is the most unbiased and natural angle for an artist to approach their craft. Sometimes it’s hard to see the whole forest when you’re so focused on one tree. Once I was able to ground myself, my purpose as an artist became clear. I actually wrote “Carry On” in one day, which is rare for me as a songwriter, but I think it was because I’ve been meditating on this message for a while now, and that message is hope.

This song is a letter to myself and to my community to stay strong and carry on. We can’t change the mindset of the 150 Republican senators who voted against the bill to condemn violence against Asian Americans. We can’t bring back Vicha Ratanapakdee, Christian Hall, and many others who were killed senselessly. We for sure can’t change people’s mindsets about Asian people in one day either, but what we can do is take proactive measures to better our lives one day at a time. The bricks we lay today will be the homes our future children live in. My ancestors didn’t survive colonization, civil wars, and famine just so I can sit around and complain. It’s often said that the brightest light shines in the darkest times so I want to be that flicker of hope for my loved ones the same way other artists I look up to have been there for me. 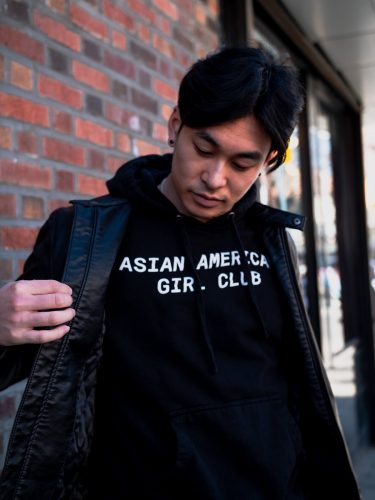 Blu Hyku has only just released his sophomore EP, Pandemonium, at the start of the year. “Carry On” lands as the closer to that five-song project, but it’s not even his most recent record, having since dropped singles “Love Lockdown” and “Breathe.”

2021 is getting off to a prolific start for the multidisciplinary artist, but he’s been working for a minute yet, turning out 2020 singles “Home,” “Monster” and “Count on Me,” and 2019 EP Fun House, featuring single “Y’all.” If you’re game to keep up with his breakneck pace, you should tap in on Twitter, Instagram and YouTube!