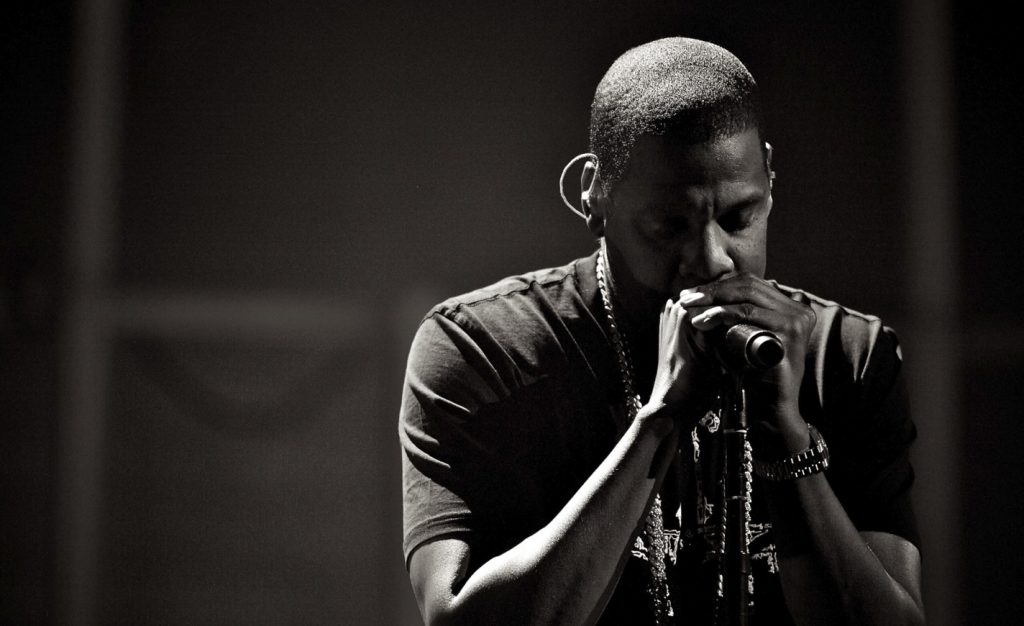 Fifteen years ago, Jay-Z announced that he was leaving hip-hop: but only on his own terms and with his own voice. The Black Album was meant to be the climax of Jay’s career, a raw and personal record with minimal features. For the first time ever, here are the numbers to cement the album’s legacy forever.

I just felt like, it being the last album, that I wanted to do it by myself. Sound of my voice, just my voice”

In the lead up to Jay-Z’s final solo record, 2003’s The Black Album, no-one could or would deny the swathe he’d cut through the hip-hop landscape in 7 short years. On that journey, he’d cultivated not only his own record label, Roc-A-Fella Records, but a list of collaborators and admirers of the highest echelon. Mariah Carey was on Vol. 3, Mary J. Blige was on Jay’s debut Reasonable Doubt, and no rapper was above either a Jay-Z collaboration or a Jay-Z beef.

The Black Album, in Jay’s words (via autobiography Decoded), would drop with “absolutely no promotion. No cover art, no magazine ads, no commercials, nothing; one day the album would just appear on the shelves and the buzz would build organically”. This plan was quickly discarded (though it was re-upped and tweaked for 2017’s 4:44), though the commitment to the purity of the art and the message wasn’t lost. Another narrative around the record, “12 tracks, 12 producers”, was abandoned to ensure the integrity of the project.

Jay was so intent on making a truly brilliant album it led to the above classic scene from 2004’s concert movie Fade to Black, in which Jay-Z is seen telling Just Blaze, who helped him craft the classic 2001 album The Blueprint, that Jay would leave him off the album if Blaze didn’t come up with a hot beat in time. Pharrell remarks “He’s not gonna do shit till he’s got a record with you”, to which Jay replies “If it’s done, and it’s hot? He’s just not gonna make it”. Roc-A-Fella’s in-house producer, left off Jay-Z’s retirement album? Jay was ruthless in pursuit of perfection.

The collaborative spirit of Jay’s previous album, The Blueprint 2, on which he invited the most guests of his career (27, of which 10 were Roc-A-Fella artists) was cast aside in favour of a feature list stripped bare to match Jay’s pursuit of a truly autobiographical experience.

The Highest Percentage of Self-Delivered Lyrics of any Hov album

Jay wasn’t bluffing. Despite being in charge of a record label that had 21 rostered artists at the time of the album, no rappers found their way on to the feature list. It was not devoid of collaboration, or Roc-A-Fella lyrics. Kanye West picks up an “additional vocals by” shout-out on “Encore”, for which he provides part of the hook, a total of 100 words. His 2 words on “Lucifer” (see, see) aren’t enough to warrant “additional vocals by”.

Just Blaze also performs opener “Interlude”, which is devoid of Jay-Z contribution, as Blaze both produced the beat and wrote the words he delivers. Blaze also drops some self-written words on the incendiary “Public Service Announcement”. Blaze is actually the most prolific of all Jay-Z’s sneaky guests on The Black Album, scoring 253 words, more than his mother Gloria Carter (149), Cedric The Entertainer (140), Pharrell (136) and Kanye West (102). It’s also the only time Just Blaze has graced the mic on a Jay-Z album.

Pharrell provides vocals on both “Change Clothes” and “Allure”, tracks produced by The Neptunes. Pharrell is Jay-Z’s most prolific non-Roc-A-Fella collaborator across his solo album career, deliver 2017 words on 8 of Jay’s 13 records.

Notorious B.I.G. is listed as having provided “vocal portions” on final track “My 1st Song”. They’re telling. The vocals come from an alleged unreleased interview Big did with MTV in 1996. The lyrics read “treat my first like my last, and my last like my first, and my thirst is the same as when I came”. It’s symbolic the words Big utters on this tracks originate from 1996, the year Jay-Z released his debut album Reasonable Doubt, the year that Jay and Big first collaborated on “Brooklyn’s Finest”. In his autobiography Decoded, Jay spoke of the hunger that Big instilled in him just by being a top-tier emcee:

I’ve always felt robbed of my chance to compete with Tupac and Biggie, in the best sense… Competition pushes you to become your best self, and in the end, it tells you where you stand”

Jay’s apathy with regards to the creativity and artistic integrity in mainstream rap in 2003 contributed to his decision to retire, and placing Big on the final track on his final album was a statement: Jay felt unchallenged and undernourished by his competition.

Sharlotte Gibson provides the hook for “Justify My Thug”, her first and only appearance on a Jay-Z album. DJ Quik (the producer of the beat) explained to Life+Times how Gibson came to be singing a Madonna sample:

Madonna was gonna come into the recording studio and sing the hook for us… She’d heard the track and everything, but in the 23rd hour, she pulled out, so here we are in this big expensive studio, and we don’t have a star. So I had a musician friend who had a stand-by singer who could imitate anybody. She came through, and she sang on it, and it was awesome, it fit totally.”

I had to trick her into doing that. It was her birthday and she was having a party at my club the 40/40. So I was like ‘Why don’t you meet me at the studio, we can go over to the club together’. Then when she got in the studio I just put on the music and said ‘you see those empty spots? Why don’t you say something there’. And I kept it. We gon’ get her a deal.”

Gloria never did sign that deal, though she did pop back up on the spiritual successor to The Black Album, 2017’s 4:44, on the revelatory track “Smile”. On it, she performed a poem she had written about living free, living your truth, and loving who you love. These are the only two times Gloria Carter appears on a Jay-Z track.

Cedric The Entertainer picks up his one and only Jay-Z credit on “Threat”, produced by 9th Wonder. He delivers 140 words in the form of violent interludes, and he told the Ed Lover Show how the collaboration came about:

Maybe it was the time before that and I got their contacts and I was like ‘Yo when you in the studio man, invite me, I just wanna come see you’. He was like ‘no doubt’, so you know I was in New York and I reached out, and they was like, I reached out to Ty-Ty and he was like ‘come through’, and he was working on The Black Album at the time, and so he was like ‘Yo I gotta leave’, and I had an idea… Since this is your last album, I wanted to do a version of the dude from Beverly Hills Cop where I was like ‘Is this the man who singlehandedly’. I had this whole thing about Jay-Z, he’s like ‘that’s good that’s good but I’m doing this thing Threats and I want somebody to kind of give me like the Madd Rapper kind of thing’, and I just freestyled it. He left, and I was just in the studio with [Young] Guru… I just went in there and started making stuff up.”

Finally, Vincent “Hum-V” Bostic provides more “additional vocals” on “What More Can I Say”, singing both hooks and the outro. This is his only major credit.

I just wanted the last joint to be, you know, it’s the last record, you know what I’m saying. I think it should be in my voice”

Introspection & Self-Exploration on The Black Album

On The Black Album, Jay-Z mentions himself more than any Jay-Z solo album, save for 2007’s American Gangster. Jay actually told TRL in 2003 he wanted to “dig even deeper than The Blueprint”, and the stats show he managed that:

Jay mentions himself 766 times on The Black Album, through I, Me, My, Mine, You (referring to himself) and in the third person. The song titles reflect this introspection: “December 4th” (his birthday), “What More Can I Say”, “My 1st Song”, “Justify My Thug”. The album promised to be autobiographical, and Jay spends 9.47% of his lyrics explicitly mentioning himself.

Jay-Z is the king of the third person reference.

60 mentions per-album
4 mentions per-song
The Blueprint has the most at 139
Reasonable Doubt the least: 27 pic.twitter.com/1qxvfN7a1q

When viewed alongside some of Jay’s lyrics on the record, the maturation from monikers to transparency in the pursuit of a pure Jay-Z album is clear:

I’m supposed to be number 1 on everybody’s list, let’s see what happens when I no longer exist”

I never felt more alive than riding shotgun / In Klein’s green 5, until the cops pulled guns”

I’m ten years removed, still the vibe is in my veins” 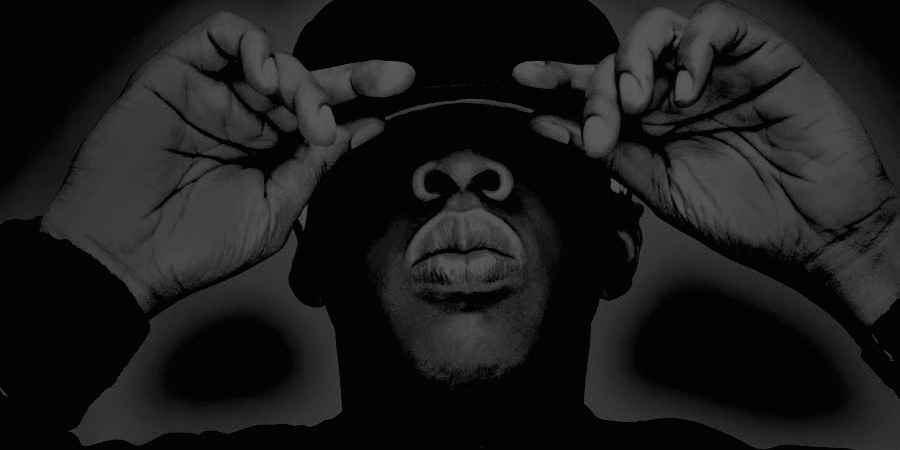 The Black Album is remembered as a turning point in Jay’s career. He would “retire” from solo music and move into the presidency of Def Jam, a post he held until 2007, and return to music an entirely different artist. The direction he forged on The Black Album informs his career to this day, with the numbers showing it was his most insular, biographical, and introspective record, all traits he carried forward heavily into his next 5 solo records.