Behind The Interview: Chris Keys

This piece – a companion to Ryan’s interview with Chris Keys, available via In Search Of Sauce – puts a fine point on their far-reaching discussion that looks at origins, influence, evolution and the road to Innocent Country 2.

Planting your feet into the ground and trusting your artistic vision is a difficult position to maintain in a landscape designed to sweep musicians into the current of contemporary waves. However, Los Angeles-based producer Chris Keys could not be swayed. Having started his career as a jazz-pianist before breaking through to the underground rap scene, Keys’ shifting sounds remained forever faithful to his maturing ear. I was given the pleasure of sitting down with Chris to discuss that very maturity, to reflect on his career, his influences and to dissect the details of his latest project, the Quelle Chris-assisted Innocent Country 2.

This piece will work slightly differently to a regular interview article. Rather than a long transcript or sole podcast episode, this piece is a complement to the audio interview, which can be found embedded below. Imagine walking through a museum with an audio guide, the words in your ears adding extra context to the exhibit in front of you. This article is that audio guide, taking the talking points of the interview and giving you increasing depth and contextual relevance.

The interview can be found in the feed of our podcast, In Search of Sauce, which is available on all podcasting platforms. Queue it up as I take you behind the interview. 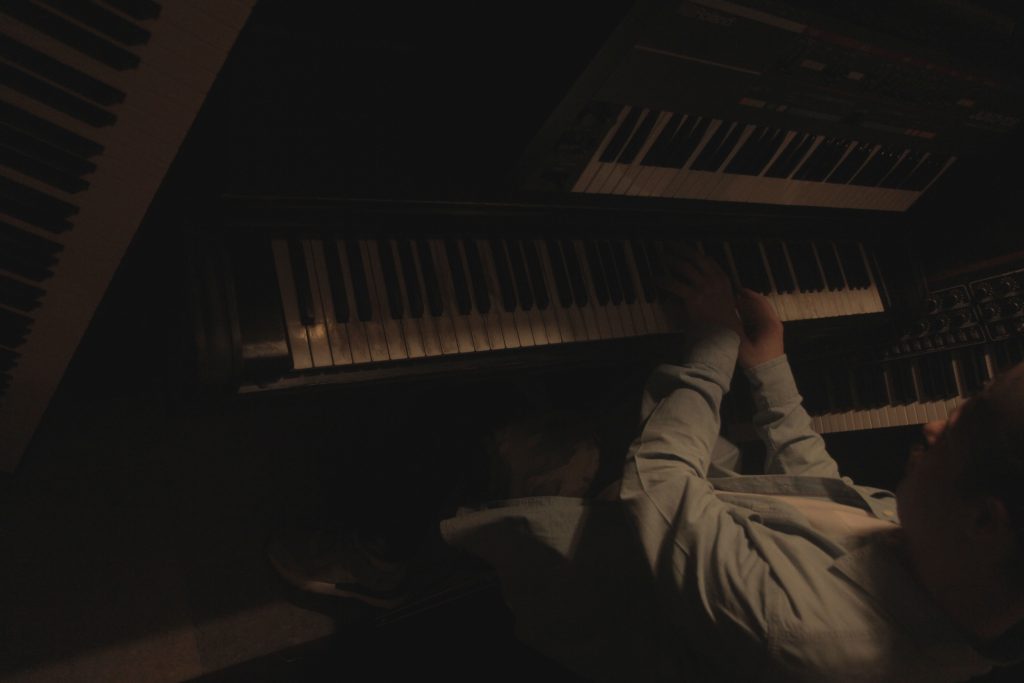 We begin the interview discussing the reaction to Innocent Country 2, the sequel to his 2015 collaboration with Quelle Chris, with Keys describing the fan response as “heavy.” The weight of this emotional reaction is generated from Keys’ production — soul-reaching chords that strum through the gap between fan and artist to the listener’s core. Heart-softening melodies created by live instrumentation can be found on virtually every track, from the sprawling soundscape of “Graphic Bleed Outs” to the looped grooves of “Sudden Death.” Innocent Country 2 displays the production of Chris Keys at its most expansive and expressive, moulding sounds that resonate with the listener.

Keys begins explaining his background as a jazz pianist. His mastery over the piano began at just eight-years-old and led through jazz lessons in high school. For any keen observer of his production, it is clear that this love for jazz lived on. His formative years as a hip-hop producer saw numerous jazz samples found and flipped, expertise in both genres apparent from the beatmaker thus allowing their intersection to be harmonious. Innocent Country 2 may be the truest realisation of this influence to date, with Keys moving away from chopping jazz samples to playing and composing the music himself. He later describes how his background as a pianist allowed him to transition to a point where he can play multiple instruments on his songs.

The conversation makes its way to the lead single from Innocent Country 2, “Sudden Death.” Quelle Chris shocked some fans by applying his raspy tones to a melodic ballad. Though at its core, the song has an extremely resonant message of freedom. The lyrical content about embracing the imperfections of life and being unafraid to rip things up and start from scratch are matched by Keys’ joyful piano loop and groovy bass. It is a song bathed in hope, that feels like it has existed since the dawn of time and has caused, as Keys puts it, the biggest response to any track from Innocent Country 2.

Keys goes on to credit the existence of the song to Quelle’s ability to make a track out of seemingly nothing, explaining that it sometimes causes them to bump heads on particular songs. This was seconded by Quelle during a March 2020 interview with HYPEBEAST:

We communicate and share our thoughts and ideas with a certain synergy now. Not much unlike five to eight years ago. We still bump heads. I still always make at least one song per album he absolutely disagrees with at first but eventually comes around to the dark side.”

This is a fascinating aspect to their relationship and reflects the importance of a second opinion. Quelle was able to see something in Keys’ creation which was greater than Keys had imagined it could be, leading to the existence of songs like “Sudden Death,” songs that mean so much to so many. Just like the editor of my writing, Quelle helps pick out the best aspects of Keys’ incredible ideas to make them into something bigger.

Related Sauce:   A Crucial Lesson for Rich Brian from Gucci Mane's "Back to the Trap House" Album Flop

“All the music that I make, it’s not ‘imma sit down and make 20 Quelle songs’ I’m expressing myself,” states Keys. His natural ear for music aligning well with what Quelle wants to work with is just the result of that expression. Prophetically, the idea of letting things grow naturally rather than forcing them through pops up in the lyrical content of Innocent Country 2. On the track “Sacred Safe,” Quelle states “You can’t lose when your track record’s 0 and 0 / You can’t win when you’re tryna chase so-and-so,” echoing Chris Keys and his call to trust your own ear and creative process. In those lines, Quelle establishes the need to take a risk and create how you see fit. By making music that others expect you to make you neither lose nor win. You cannot lose by playing it safe, yet you cannot win while being a goal-orientated creative.

The idea of measuring growth as a musician is difficult. Some base it off the size of their fanbase, the amount of money they have made, the size of the publications who cover their work or the amount of tour dates they sell out. These parameters are very much outside factors, so it was refreshing to hear Chris Keys offer an internal answer to this question. The expansion of his skillset is what he uses to determine maturity which helps highlight a distinct progression from the start of his career.

From being a pianist, to picking up drums, to chopping samples, to being able to replay them, Keys has continually updated his skillset and has continually grown, something that many artists find difficult to quantify. This school of thought gives an artist control over their musical progression. Leaving that in the hands of fans or the media can give an artist the feeling of stagnation or even regression. By taking ownership of his maturity, Chris Keys can avoid such issues.

Keys explores his introduction to one of his key influences – J Dilla. The late Detroit producer and legendary crate digger had immeasurable influence on music across international and intergenre borders. He worked with artists such as Erykah Badu, Madlib and Slum Village, whose albums, Fantastic Vol. 1 and Fantastic Vol. 2, Chris cites as the first time he had heard Dilla’s production. What caused Dilla to stand out was his ability to see things in samples nobody else could, similar to how Chris Keys describes Quelle’s musical foresight. Keys himself went on to make sample-heavy music, something he wanted to do to pay respects to the genre and to the man who ushered in his passion for it.

Chris reflects on the pieces of music that resonated with his core, that showed him a new side of what music could do. He references hearing Oscar Peterson when he was young and getting that exact feeling, specifically with the album Tenderly, a flexing of jazzy piano muscles that no doubt solidified the path Chris was on. The way he speaks about Peterson and then Dilla is an ode to the small discoveries that shape the people we become. Hearing Dilla for the first time led Chris to chase a feeling he did not know could exist prior, a chase that allowed his work and this interview to exist.

The connection between Keys and Dilla extends beyond appreciation of his music from afar. The breakout into the underground scene for Chris Keys came in 2012, taking the form of Ashes, a collaboration with Oh No. Dilla had worked with Oh No frequently, most notably on songs like “Move” and “Pandemonium.” Keys’ work with Georgia Muldrow and MED further connected the two beatmakers, completely by accident. The range of his capabilities can be found in comparing his work with Quelle to his work with such artists as Oh No and Georgia Muldrow. Having an ear that can match the sensibilities of all these artists really speaks to the flexibility of Chris Keys’ style. 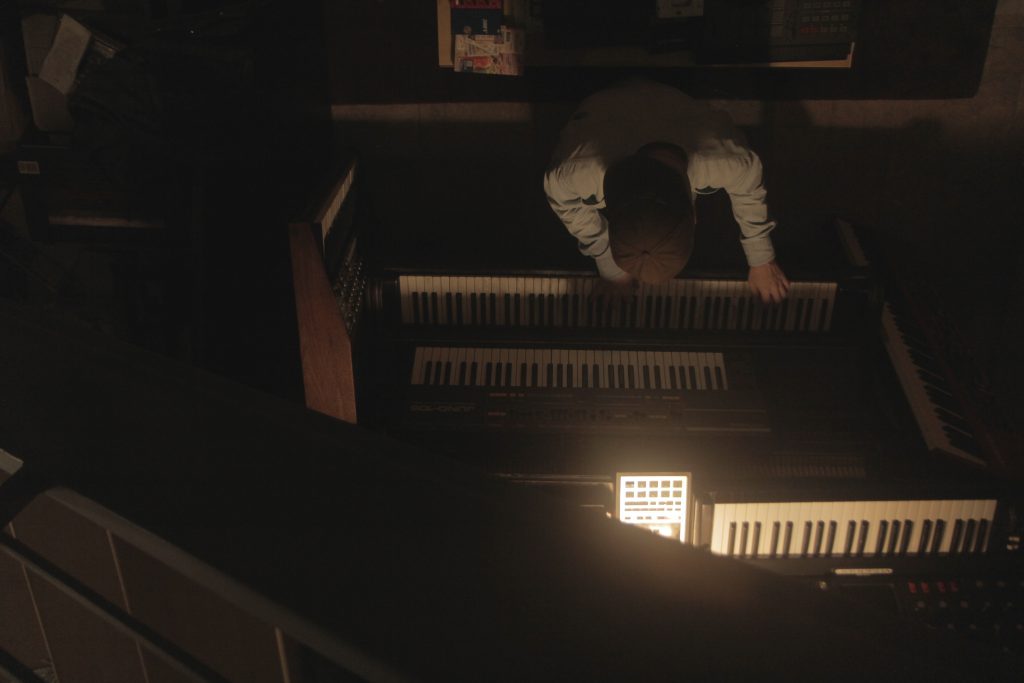 The interview ends on the note of trusting your ability and your individuality. Over the years Chris Keys has shown a dedication to his own trajectory by chasing the things that resonate with his core and tracking his progress through internal measures. He does not need to know where that trust will take him in the future, but it has already taken him to a point where he has the creative freedom to grow and relationships with some incredible artists to grow with. You do not need to know exactly where you are going, you just need to trust that you will be taken to the right place.

You can keep up with Chris Keys and his musical endeavours on Twitter at ChrisKeysBeats. He has recently released a sample pack to give artists the tools to make music, the proceeds of which will go to supporting Black Lives Matter.