How We Found It:
We first came across UK singer-songwriter Becca James and her track “Control when her team submitted the track to us via our portal at SubmitHub last month before its May 24th release. “Control” is not only Becca’s first submission but also her debut single. If this track is anything to go by, this won’t be the last time we talk about Becca James here on CentralSauce

Why We Like It:
Beauty in simplicity. Among many reasons, I love this song because it expresses so much while saying so little. Nowhere is this better exemplified in the hook: “Control, Let Go. Control, Let Go.” At its start, “Control” is made of just three simple elements: a hum, a clap, and four chords. But as the song continues, its breadth and its depth grows incrementally until the bridge comes at the second minute – insisting, nearly pleading, that you take a moment to “breathe” before the mesmerizing climax’s arrival. “Control” is an experience that captivates, one that leaves you savoring tastes of catharsis while spiralling back to the Earth at its end. I can imagine no better way for Becca James to begin her career than with this song.

My hope [with “Control”] is to evoke catharsis, a sense of release, to allow your emotions to flow. The dynamic shift of the music is tied to the lyrics, which change to ‘Control, let go and feel’ by the climax of the song. The lyrics throughout recognise that you can’t control most situations in your life, only your reaction to them. Once you surrender that fearful instinct to force things, which often gives a sense of security, you may feel you have left yourself vulnerable. If you tap into your emotions and instincts to navigate your life, you always have a sense of security, no matter what uncontrollable conditions surround you. This is not to say that all action is futile, but inspired action once you have explored within I feel is the most effective. I hope the progressively building power in the song reflects shedding those layers of control, worry and fear, leaving only release, trust in your feelings and in the process of life itself.” – Becca James 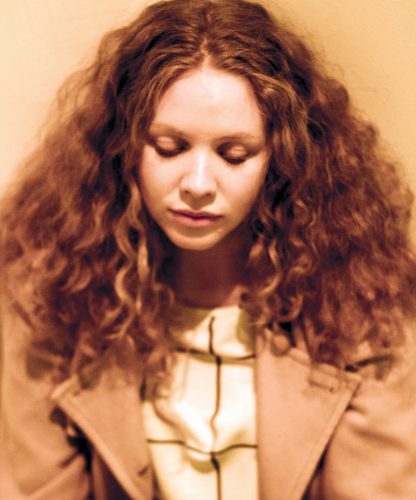 Related Sauce:   Why We Like It: Masati's “Intoxicated Truth” (CentralSauce Premiere)

More from Becca James to Check Out: