We’re blessed to be catching Ahmad Anonimis right at the beginning of a huge peak in popularity. His most recent single “Inhaled” has exploded past 120,000 streams after just a few months of release. He delves into very personal emotions, touching on self-doubt, nihilism, depression, and reliance on substances. The song feels like the culmination — or maybe just the consequence — of one too many enjoyable moments of the kind that litter his back catalogue.

Fun songs like “Party”, “Louder Than Yours” and “Yeah (Funk Shway)” lull first-time listeners into the warm glow of a youthful evening of abandon, with “Inhaled” delivering the 2 a.m. telling blow — the sober reminder of the mind state you were running from in the first place. These are the emotions that stick with you, because the party is merely a momentary escape. The track is also an incredible show of technical and melodic ability, with Ahmad switching his flow 12 times on the song and delivering 29% singing and 71% rapping. I spoke with Ahmad about his career thus far over a video call, in May. His words are presented in italics, lightly edited for clarity, and the interview quickly turns into a how-to for independent artists.

If I’m thinking personal shit, I’m thinking some shit for the album. It still slaps but it’s just for people who want to hear more about what I go through on a daily basis. They wanna see behind the artist who makes some of their favourite songs. So I feel like just that personal aspect of the song just kind of gravitates towards people.

Everything from Ahmad is planned and calculated, even the aspect of vulnerability. He displays a deep understanding of the human condition, the need for connection and understanding, our desire as listeners and as people to have our insecurities heard and seen.

… Just show people I’m still human. This upcoming project I’ve got is really just about me navigating through my own personal turmoil. And just how that affects someone trying to better their life… How that pressure that you put on yourself can ultimately lead to your own downfall.

That word pressure can be so loaded with tension and trauma, and it’s such an individual experience. We all feel it, yet we’re often disconnected in the ways we experience it. Working on HipHopNumbers deadlines present no pressure to me, but coming up with content? Absolutely.

I gotta write some shit down for my next plan and motion, I gotta start setting things out. I got a big calendar in my room where I just wake up and plan out for the whole month. Really just planning out helps. We’re good at music, so being good at planning too, we’ll have the game in our hands… Take a moment to reflect on what failed, and what you got right? That’s important.

So if not the strategy, where is the pressure?

It’s not from the outside sources. I’m tryna outdo myself right now. Like I was saying with the remix videos, the reason why I film so often is I’m really trying to master my pen… If you just write one song a month then you’re really not growing.

This underpins the entire interview, which is a really intriguing look behind an artist who is actually drip-feeding us material at the moment. 38 songs on SoundCoud in 3 years, 21 YouTube videos, no album out or release date planned. And yet here he is, at the forefront of the conversation, controlling the narrative around his career and growing his fan base. How?

I’ve got a good team, they did what they had to do. Spread it around with their people, they’ve got a lot of connects. The people at Spotify heard it (“Inhaled”) and put it on all their playlists. Shouts out to them. It’s just good music, and Powers Pleasant produced it so that was a good look. Got a lot of people on my radar from that. And I think I have so many personal records, my thing is like I’m a little strategic about how I drop those as singles, cause I’m thinking if it’s a single, someone’s gonna play this at a function or something. 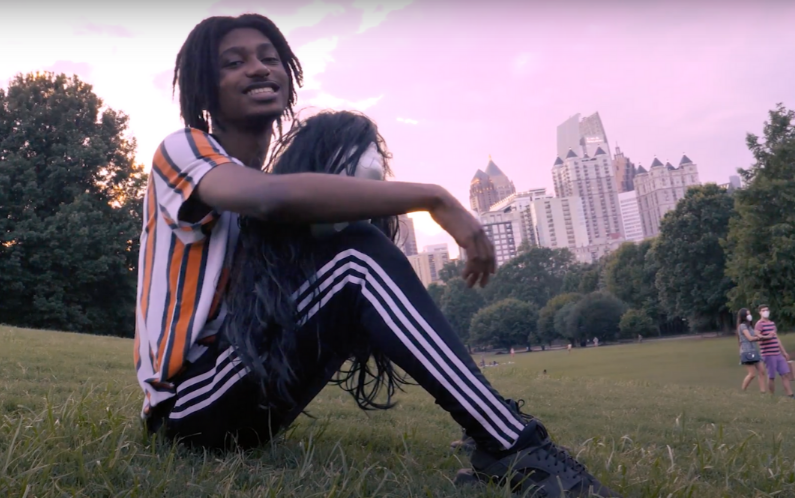 I feel this aspect of Ahmad’s career gets lost in the conversation too often, for such a vital cog in the wheel of impending success. Networking. Networking is why incredibly talented artists have five followers and zero SoundCloud streams. It’s why mediocre artists are able to release No. 1 albums (WE THE BEST MUSIC). As challenging as it can be to overcome our aversion to self-promotion, it’s an essential cog in any campaign aimed at pushing an artist up through the underground and into the collective conversation.

Around like 2018, when I was 18, I was on my college campus [at] Georgia State University, and it’s downtown so I would be at every function. If you at every function it’s really on you if you don’t let people know that you make music. You’re gonna look really stupid when you’re like 80 and you’re like, “damn… I could’ve had this amazing ass life but I didn’t tell people back in college that I make music so they didn’t spread it around.” Growing up helped me step out of that introverted shell and be myself more.

Notice how all of Ahmad Anonimis’ experiences with growth are intrinsically linked to the music and the strategy — it feels like mathematics, where you have to be competent at a level before you progress to the next. Yet all the life experience and growth in the world isn’t enough if you’re unable to channel it into meaningful content.

I be trying to make it sound good ‘cause, my philosophy is, you could say a bunch of words but at the end of the day we’re making songs so if they don’t flow right it’s just gonna be gibberish… I wanna showcase my lyrical ability too and how I can switch the flow.

Ahmad’s main source of lyrical exercise is his remix videos on YouTube. For decades, young emcees have found their feet and built their brand by rapping over iconic instrumentals to show how vibrant their ability was by out-rapping the original artists. Ahmad’s influences are littered all over his YouTube page — Erykah Badu, Freddie Gibbs, Amine, Outkast, Pharrell, Earl Sweatshirt. It’s a throwback and it feels unique in the current landscape, where mixtapes have fallen behind artists merely throwing original songs up on streaming platforms. 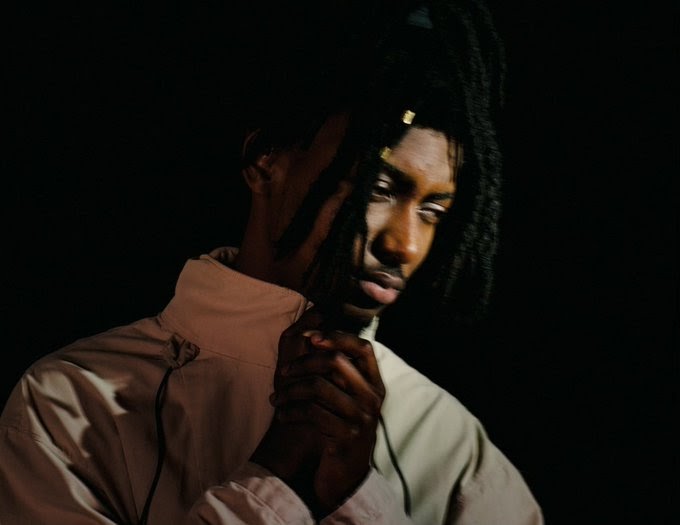 I want to show people that I live and breathe this hip hop shit. Like I listen to artists from damn near the late ‘80s to now. This is my favourite genre. I didn’t come here to just fuck shit up, I came here to really make a change with this shit for the culture and for the people who make this music. I really wanna showcase that I have a wide range of shit that I listen to.

This naturally leads into Ahmad’s hidden talent… He is funny as fuck on camera! I dare anyone to watch “Yeah (Funk Shway)” and not laugh. It’s another string on an already plentiful bow and something that will serve him incredibly well in the future. As pervasive as streaming platforms are, visuals are absolutely key. First — it’s a revenue stream. Throw some visuals up on YouTube, hit 100k views and supplement the cost of the video. Second, it’s just another avenue for listeners and followers to connect to your personality — something Ahmad has ample of.

I really love the process of making videos. I drop a lot of remix videos… and it’s a chance for me to just get on video more. From a kid, I always wanted to do acting or voice acting. Just acting out. I was a class clown. I grew up shy but eventually that shit went away and I was just joking around a lot in class.

Music videos cost time and money, two things independent artists often have very little of. If you’re sitting at home skeptical of whether the outlay is even worth it, consider these words:

It’s just really a risk you gotta take. I think I kinda lost some money doing the “Inhaled” video if I’m keeping it a buck. But it was worth it, ‘cause visuals are the only way you can make a name for yourself. I meant that’s the way most of y’all found out about me cause shout out ShrekKnowsRap, he posted me on his Twitter page with the “Yeah” video. And he was only put on because one of his friends showed him the “Yeah” video. If you’re an artist and you’re listening to this, get you some visuals. You will fail if you don’t have visuals, I 1000% believe that. You won’t get very far at all.

Connection is the key to Ahmad’s process, either in strategy or in art. We’ve seen throughout this interview his natural predisposition is to connect to the world via his music, his videos, and his ability to network. There is no higher aim when creating than connection, it’s the thing that links art so strongly to humanity. Hearing Ahmad speak so organically about his process and how it’s linked him with so many people and fans is a lesson for any creator – connect to people! Your art will take on a life of its own when others accept it, feel it, and begin distributing it for you. On every level, this lesson is key. 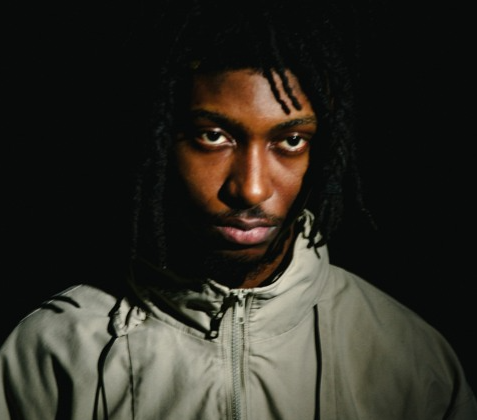