There’s a whole lot more to Bearface than bangs, cigarettes, and rock ballads. Here’s everything you need to know about the origins, early career, and influences of Brockhampton’s guitar-wielding secret weapon.

Who is Ciarán “Bearface.” McDonald?

Ciarán McDonald is a vocalist, producer, and instrumentalist for “The Greatest Boyband of All Time”, BROCKHAMPTON. His stagename is Bearface and he’s one of the most intriguing artists in the industry today. 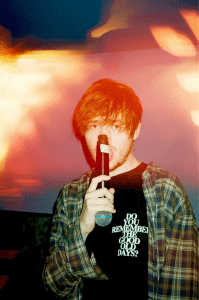 Bearface doesn’t spend much time in the spotlight. He’s in very few of Brockhampton’s music videos and is typically in the back of Brockhampton’s interviews or group photos. In fact, it’s hard to get much of a read on him at all, other than the fact that he loves cigarettes and seems to be a bit of a loner.

Don’t sleep on Bearface, though. After all, there’s a reason that the group decided he should be the one to close out their first two albums – SOLO, no less. The man has an unforgettable voice and an amazing knack for translating emotion into song. Without Bearface, Brockhampton would be a much more one dimensional group than they are today.

“The focus on the group is more than just making music, the focus of the group is more on redefining things and shifting people’s perceptions. The reason why we wanted it to be called a boy band [was] kind of [to] redefine the word “boy band.” The reason why I think Brockhampton is important is because, it’s not just short-term. We don’t wanna make just one good album, and then have it go away. Brockhampton isn’t just music; it’s film, videos, branding, everything. It’s like a factory, like a business basically, a corporation.” Bearface with the Fader

What Bearface Brings to Brockhampton

Ciarán “Bearface” McDonald was born and raised in Belfast, UK, the Capital of Northern Ireland. Bearface is the latest in Belfast’s long tradition of singer/songwriters that includes Van Morrison and Doc Neeson. Bearface is one of two Brockhampton members who aren’t from the US, along with Jabari Manwa who hails from Grenada. From an early point in his career, Bearface personified the DIY approach that makes Brockhampton so special.

Oh yeah – if you were wondering, Bearface is definitely a Fender guy.

Along with Dom McLennon and Kevin Abstract, Ciarán McDonald had one of the most extensive solo careers out of the entire group before its formation. He began using the “Bearface” pseudonym all the way back in 2011 when he first started uploading music onto Soundcloud and Bandcamp, although back then it was styled Bear//Face.

Bearface first started generating buzz with some very successful remixes and covers, including his remix of Long.Live.A$AP that has earned nearly 2 million views. He then released his first project, Beat_Tape, in 2012 (it has since been deleted from Bandcamp by Bearface). In 2013 Bearface went on tour with The 1975, opening for the Manchester-based rock band ahead of their self-titled debut album.

“I’m a huge r&b fan and that style of singing is super fun to manipulate, plus it’s always fun to sample a happy song and make it sound depressing.” – Bearface with Lights and Sounds

Ciarán “Bearface” McDonald met the rest of Brockhampton online on the Kanye West forum, Kanyetothe. Despite the oft-heard claim that all Brockhampton met on the website, the vast majority of Brockhampton were familiar with at least one other member before the group’s creation. Merlyn Wood, JOBA, Kevin Abstract, Matt Champion, and Ameer Vann all went to high school together. Romil Hemnani and Dom McLennon are both from the Hartford area of Connecticut. Jabari Manwa and Kiko Merley were Q3 beforehand. But Bearface is different. He didn’t have any connections to the rest of the group outside of the digital space and lived an ocean away.

“I would go up [to the Factory] a few months at a time and have to leave for a while. It was super draining, going back and forth. Especially with my parents being skeptical, like, What’s the long term of this? You’re spending so much money going back and forth. Where is it going? I was like, It’s fine, just trust me. I think now they’re finally seeing that it’s worth it. But now, I’m good, it’s just really crazy to be able to say, especially coming from Belfast.” Bearface with the Fader

Brockhampton’s resident sad boy rarely seeks the spotlight – you won’t catch him in many of their music videos and he can typically be found existentially dissociating in the back of their shows. That is, until it’s time for him to melt everyone’s faces with a rendition of “WASTE”, “SUMMER”, or “TEAM”. Bearface fills a crucial role within the group – without him, it would seem ingenuine for Brockhampton to call themselves a boy band. He’s the only member that actually plays instruments and brings both rock and r&b themes to their music which are crucial to their ‘genre-less’ sound. 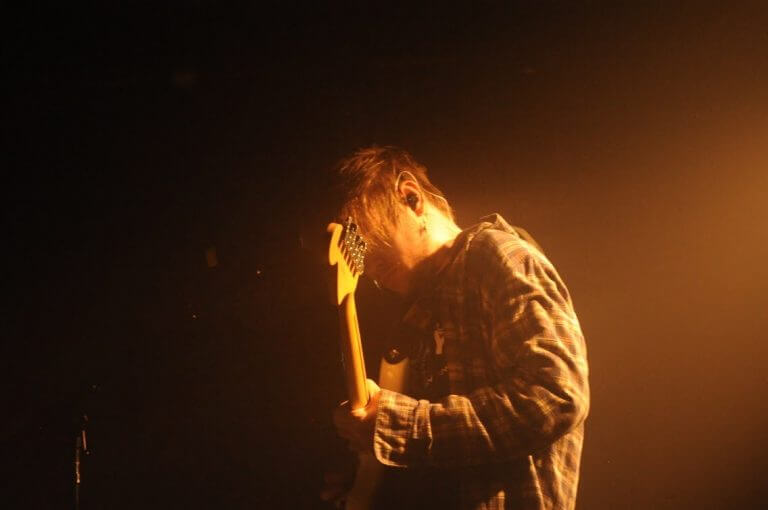 Brockhampton generally loves high energy songs with a breakneck pace, but Bearface offers something different. His contributions act as a sort of palette cleanser for their albums and live shows. Bearface slows things down, dims the lights, and gives everyone a moment to think and feel.

Bearface brings multi-faceted skills as a producer, guitarist, and vocalist to the group in a way that only JOBA (vocalist, producer, audio engineer) can match. Bearface infuses the group with strong rock and r&b influences, making their sound all the more difficult to define.

You are likely to catch Bearface solo on a Brockhampton song moreso than any other member. In fact, he’s the only vocalist to have a solo song in the entire Saturation trilogy – and he has one on every single album (WASTE, SUMMER, EVANIE). He is an essential piece to the puzzle that is Brockhampton’s unique sound.

Despite Brockhampton’s history of giving Bearface an exclusive spotlight, you can also find his contributions on plenty of tracks with the other vocalists on both their mixtape and the Saturation trilogy. When integrating with the group’s other members for songs that aren’t emotional rock ballads, Bearface’s unique voice makes him a popular pick for bridges, choruses, and outtro’s.

Before the Saturation Era of Brockhampton’s music, Bearface contributions were largely as a producer. When the group added Jabari Manwa and Kiko Merley of Q3 to the production team, Bearface’s role began shifting into that of a sort of utility player, providing vocals, instrumentation, and occasionally songwriting throughout their music in addition to his production skills.

In addition to the above tracks, Bearface also provided production on the NOWIFII project that he, Kevin, and Romil released during the San Marcos floods of 2015.

Bearface in the SATURATION Era 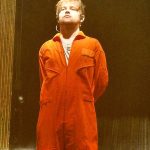 As the Saturation Trilogy began, Bearface slowly shifted from production into the role of vocalist and musician for Brockhampton. Bearface wasn’t on much of Saturation I because he was the only member not in L.A. during the album’s creation. At the time, Bearface was still flying back and forth from the UK while working with No Rome on his debut album. At the insistence of Kevin Abstract, he wrote and recorded his only track on Saturation I, “WASTE”, from London – which ended up being the only song in the trilogy recorded outside the US. After the trilogy’s first installment, Bearface got his visa and stayed put in L.A. with the rest of BROCKHAMPTON to work on the rest of the trilogy.

Bearface’s Production in the Saturation Trilogy

Although Bearface has never directly discussed his musical influences in an interview, he has allowed us a window into the subject on social media and through his music. Frank Ocean, in particular, seems to have played a big role in Bearface’s development as a musician – but the young producer/musician pulls from a variety of artists to shape his genre-bending sound. Bearface’s biggest musical influences include:

Bearface on “TEAM”:
“Evanie
Did you lie to him since you were seventeen?
How’s he holding up? Evanie
Do you cling to him like you would on to me?
Bet he needs you more than I, Evanie
Did you hide your neck to save him from his sleep?
I know how that feels, Evanie
Every chance you take you make me want to flee
Can’t you see?”

Bearface on “WASTE”:
“Was I more than it’s worth
Or will you see my name and I’ll fade?
Pitch my camp in your mind
Sat by the fire, behind your eyes
And I’ll look through them just once or twice
But I might see something I don’t like
Like your hands in his shirt
Entwined in cotton, his loving smirk” 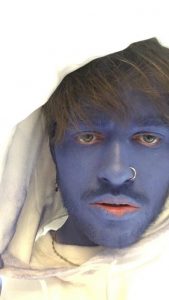 Bearface on “PALACE”:
“I feel like fucking on the west side our parents are all gone
Girl
These strangers are coming out about twice as strong
I know you say I miss it but come on baby please
Just know you come off strong, your soul is getting lost”

Bearface on “HOME”:
“Ooo, try to keep your cool
You got a grip, baby
But you just can’t seem to fall
You know what we are
Took for granted, fell, we catch ourselves
Don’t worry, baby girl
There’s no one in the world
But when you say I got a girl
Say it and I know it’s killin’ you, yeah
When I say you make my knees so weak
Then you know I’m missin’ you”

Bearface on “QUIVER”:
“Thank you notes came falling out your mouth
Never wished for you to see it, was never what we were about
Only color in your eyes when you look me through that blue
Now you’re sinking ’cause the water risin’ up around your collar
If you wish to call me over, I’d be right around the corner
I’d be in the water with ya, I’d be sinking with you” 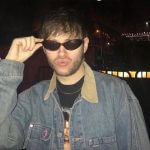 Bearface on “No one like u.”
“Three o’ five, turn up and come in my life? (Yeah, yeah)
Won’t play with your heart, won’t play with your ghost
Its the thought of you, whoa, whoa oh
Cause you’ve got love in your city
Baby I want you to know
That shawty thats all I want
And you know whats going on
Girl you just wanna believe it
I know It weighs on your heart
I know you’d never forget it
If I can be someone you love”

Bearface on “Molt”:
“I can feel that rain in my veins
Will you ever learn my ways?
I thought you knew when I met you first
But you shot through my universe

Start again, erase it all
Will you be here if I fall?
It feels just like we just met
Would you say we’re lost again?”

Bearface on “Watch u.”:
“It’s time to cast away with my soul
The air, she cares for my cold
I’m gone from close, i can’t see.
But i’m not scared. 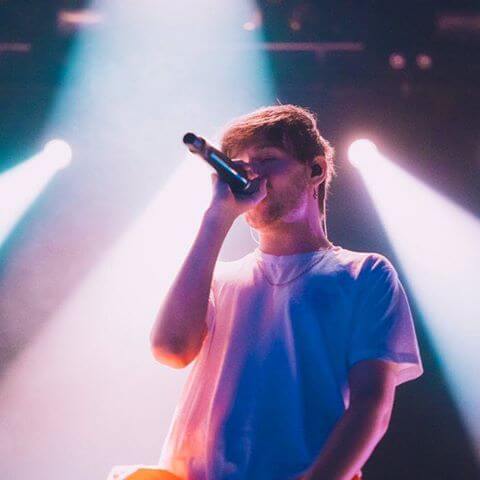 Bearface is admittedly a bit of an enigma, but his music is interesting and unmistakable. Musically, he fills a specific niche for Brockhampton’s sound that no one else in the group touches. His abilities as a songwriter, producer, vocalist, and instrumentalist form a DIY talent mosaic that gives him plenty of options for solo work. He loves blending genre and has a keen ear for hooks and choruses. Although his personality doesn’t scream “EYES ON ME” like many other members of the group, Bearface’s skillset and international connections suggest that he’ll successfully blaze his own trail after the Brockhampton era comes to an end, whenever that may be.

heres the ‘electric feel’ cover i did in the american boyfriend trailerhttps://t.co/2LJH79j2eI

ian is a genius

i need every episode of dragonball z on dvd