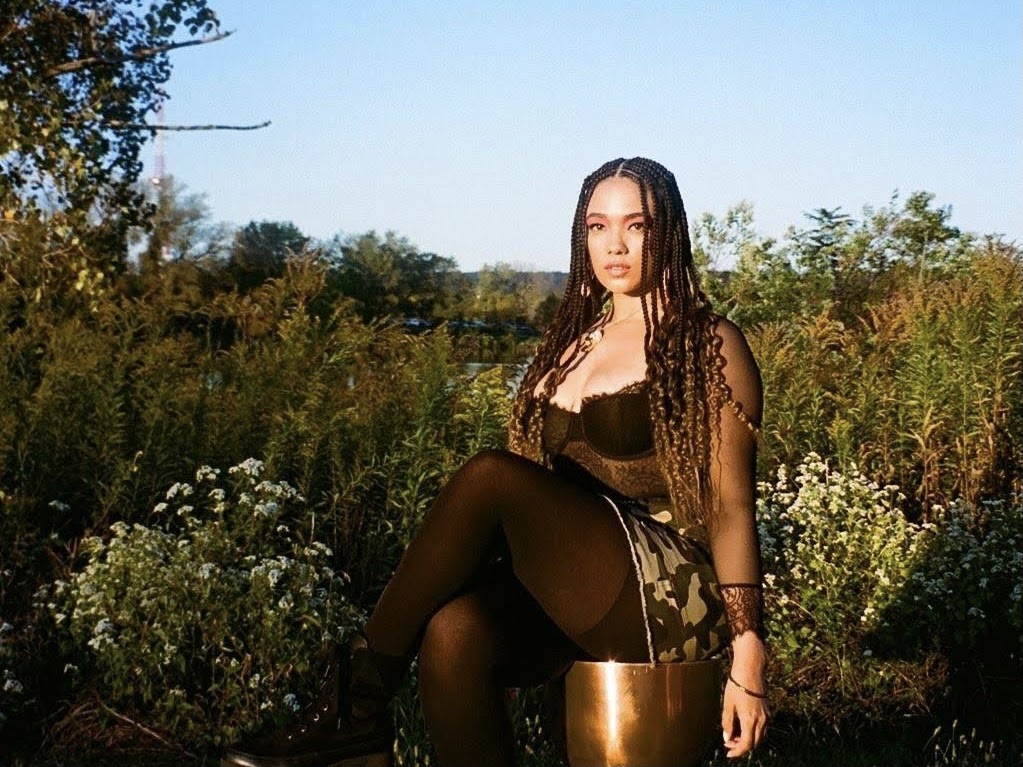 Bairi was previously covered for our Why We Like It series for her role as a featured singer on the track “Phone Number” by Dende feat. Chris Patrick and herself. We are wildly pleased to have reconnected with the Hershey, PA-born siren-like songstress for her latest single “Free” which was released with a stunning accompanying dance video. The beat for the soothing track was initially from YouTube done by Noden from Mixtape Seoul and at first was just a template. The song itself was written (and eventually sung) entirely by Bairi in 2019 and she then started to record it with her friend Aquil Jackson. She says he, “Really pushed me to add more layers, and use and trust my voice more, which ended up starting my journey to being a stack queen!” She then ended up finishing the record at Audiomack with Andrew Boateng, but says she, “Was really discouraged that day” due to illness, yet Boateng pushed her to get out of her own head. Boateng also mixed and mastered the record to its now wildly luscious final quality. We are thankful this cathartic ballad was brought into our awareness.

A beginning of fluttering keys and guitar strums exude a sort of R&B namaste from the jump on Bairi’s new single “Free.” From the title alone and this initial soundscape, you can deduce that whatever experience she is drawing from for this expression has landed her in a place of relief. That feeling can only come through many rounds of trial and error, and while the result is fulfilling, the depth of the process to get there is weaved throughout this composition like the durable lining on the inside of a multi-colored, head-turning coat. Bairi wears this jacket of fruition proudly through impressive layers of vocal runs and harmonies that can only make you go, “mmm.”

“Used to run and hide from every sign, afraid to leave the confines of my mind, I hold myself back / Somehow you led me out into the light, and showed me how much that I shine.”

The above pre-chorus lyric proves the initial theory of a troubled journey to a euphoric landing-place through a buttery Bairi melody. The love she sings of seems to have awakened her own self-confidence. Whether the love is for another human or a previously unrealized passion isn’t explicitly clear, but its effect is momentous. As Bairi nosedives into the sustained hook line, “Now I am free of all the pain, and now I am free to feel again,” you simultaneously hear the yearning for this moment, and her solace due to the escape from the prior numbness she was enduring. The gratification through this combination for the listener — and Bairi herself — is potent.

Related Sauce:   Why We Like It: Benjamin Carter’s “Fragile” Ft. Appleby

The expansion of this enraptured aura in the second verse is vast yet controlled. Bairi fluctuates her vocal tone between her chest and head voice with noticeable proficiency creating elegant moments like the sung phrase, “Time could stop and I wouldn’t care, long as you are there.” This and other bars throughout the rest of the track prove that her self-claimed social media moniker “Bairi The Siren” was formed out of pure reaction to ability. She can lure you in whether she sings about healing love or troublesome lust, and with this single expressing the former it seems, as the listener, we can only be glad she found some type of romantic centering. 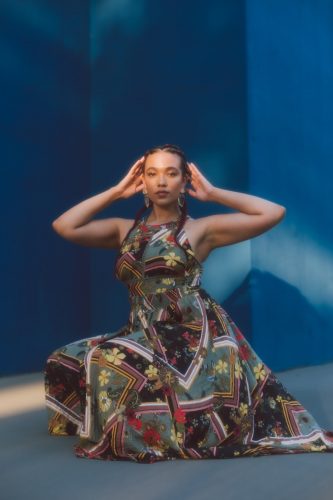 When I first started this song, it was very heavily inspired by romantic love. While I was on a self-love journey before said love, it really opened my eyes to the fact that I can be me 100%, with all the good and the bad, and still be unconditionally loved like we all deserve. Because of this, I was able to be “free” and fearless in my movements in life. As I approached writing the end of the 2nd verse/bridge, I felt like writing specifically about romantic love would have made it too mushy (at least in my head). Not only that, but I wanted to pay homage to another love: my love for music. Music is really what makes me feel most free in life, and rewards me most for being open and vulnerable. It only felt right to give thanks this way. It was incredible being able to write about romantic love and my love for music with the same amount of feeling and conviction.”- Bairi for CentralSauce

Bairi isn’t solely known for her ballads and has a few must-listen slaps which she has released previously in “Medu$$$A” and “Brat.” In “Free” she has clearly found a variety with which to display her artistic expression successfully, so it would be wise at this point to follow her on Instagram and Twitter for any and all future updates.