How We Found It:
We first came across Berlin-London based artist Ay Wing and her timeless track “Drive By” when she submitted to our portal at SubmitHub. “Drive By” was her first submission and is also her first release of 2019. The song really stood out among our submission queue and we couldn’t be more excited to share her funky brand of soultronica with all of you.

Why We Like It:
If there’s ever been a song tailor-made for a movie soundtrack, this is it. Between the retro vocal effects, funky guitar riffs, and bouncing bass line, this song exudes a level of confidence that makes a bob of the head absolutely mandatory. The levels and mix on “Drive By” are perfect – particularly with her vocals – and the song’s hook seems genuinely timeless. I don’t often say this, but it’s honestly very difficult for me to pin down just one or two specifics that I like about this track. I wouldn’t change a thing. I just dream of a day when “Drive By” starts playing from the jukebox as I saunter into the bar, Baby Driver style, before pulling a seat and ordering a round with nothing but a nod and a wink.

I really love the creative process in writing songs. I remember how we wrote “Drive By”. Shuko, René and I were in the studio and they played some beats and the bassline and I started playing on one of the synth that Shuko just bought. The instrumental was written very fast, it was a nice flow. The lyrics of the verse and the topline I wrote half a year later while jamming on my own in my bedroom in Berlin. The chorus came to me when I was visiting my friend in her house in the countryside. Sometimes songs are like a big puzzle piece and then it finally comes all together. I guess you will never be finished and can always rewrite a song. It’s so important to have fun along the way, you never know what the outcome is gonna be.” – Ay Wing 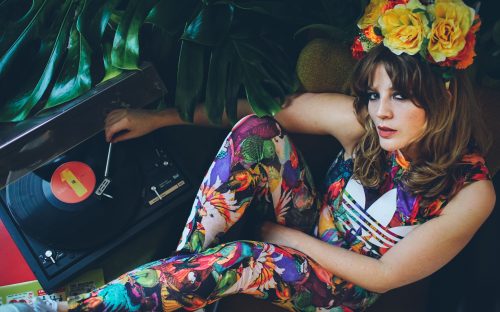 Related Sauce:   Why We Like It: CubGod’s “Go Hard” Ft. Jaye Mac

More from Ay Wing to Check Out: