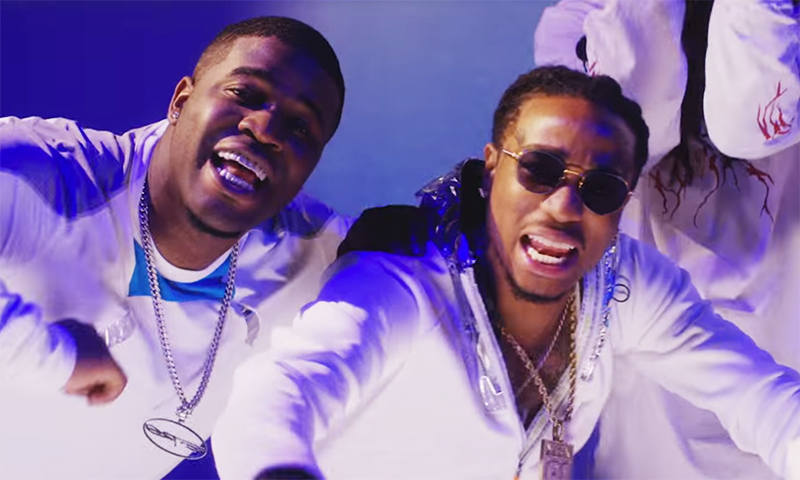 Not once have I seen my grandfather dance on a throne, do somersaults, or throw wads of money in the air. But now, thanks to A$AP Ferg and Migos, that has changed.

A$AP Ferg dropped the music video for “Back Hurt” in June of 2016 and it’s a memorable one. Flashing lights, neon lens flares, completely absurd dance moves, and racks of cash proliferate throughout the video. We even get a generous share of Migos’ Offset getting down in the background throughout the “Back Hurt” vid, despite not having a single word on the track.

I’m not sure why this song, or its video especially, never blew up back in 2016.

I mean come on, it followed the reliable script for radio friendly rap perfectly:

The song is catchy enough but doesn’t have much distinct appeal or real sticking power. But the music video is hilarious. This is A$AP Ferg and Migos at their silliest. Enjoy.

A$AP Ferg dropped “Back Hurt” back in 2016. “Back Hurt” was a single off Ferg’s big bass (and top heavy) album ALWAYS STRIVE AND PROSPER. The track failed to stand out among the album’s other bumpin’ tracks like “Hungry Ham” featuring Skrillex and “New Level” featuring Future. Check them out below.

Outside of “Back Hurts”, Migos and A$AP Ferg haven’t done much together. Here’s the peak of their collaborations, off A$AP Ferg’s 2017 album Still Striving.

Side note, if you haven’t checked out that album it’s definitely worth a listen. It’s Ferg’s best work by far and has some legit quality and depth.