CentralSauce » Investing in Yourself: An Ode to Buying Artist Merch 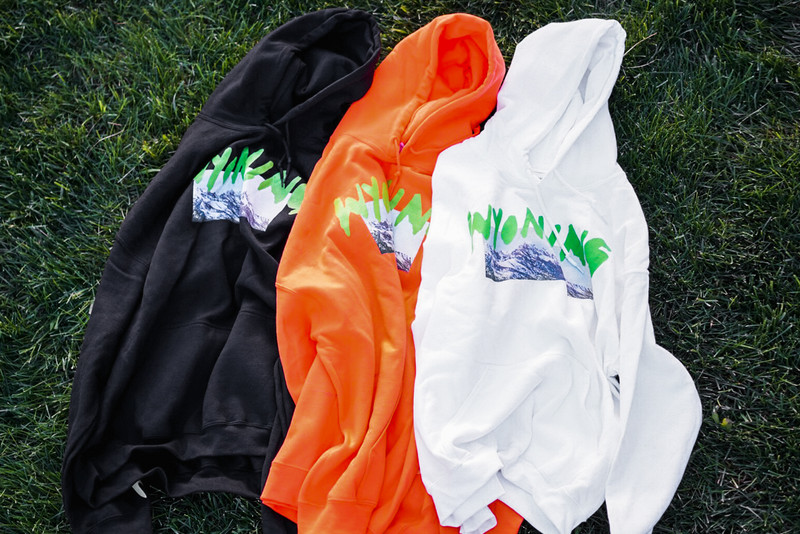 But there’s something even more important than our content mission: supporting the artists and music that help give our lives meaning. To that end, here is an exception to our typical programming.

Merch is an Investment

In June 2018 I went to an Autechre concert. It was the first time they’d played Sydney in 8 years, and their live show is… Niche, to say the least. For 90 minutes, about 300 of us stood in absolute pitch black darkness listening to discordant glitch electronics, each person uniquely revelling silently and sightlessly. It was an overwhelming sensory experience, and we quickly dispersed after the concert to debrief in solitude.

A week after the gig I saw a man in a record store wearing one of the shirts sold at the show. I introduced myself, asked about his shirt, and spent the next 20 minutes having the very first conversation I’d ever had with an Autechre fan in real life.

The courage and motivation to speak to a complete stranger was born of the frustration I felt at being robbed an opportunity after the gig to connect with other fans. Weeknight concerts aren’t conducive to post-show socialising; everyone hustles off and back out into an anonymous world, the most effective and efficient chance at connection lost with them. Those who watch gigs in groups appear less susceptible to the isolation a solitary live music experience can propagate, and solitary need not just mean going to a show by yourself. Often people who don’t even know or like the main artist have joined me at shows, and I have joined them, for company, to see something new, and to have a night out. Whilst this is lovely, it makes it even harder to connect to fellow fans of more underground or less popular artists, as your friend just wants to go home.

There are few greater unplanned moments than seeing someone wearing a shirt with a little-known artist you love on it. The more rare the artist or specific merchandise, the greater the thrill. How much effort a person put into procuring a specific print, design, or artist era merch shows how much care and passion they have for the artist. This is acutely apparent in Australia, where alternative or unique fashion is almost nonexistent, and a well-sourced piece of clothing can give you social superpowers.

The thrill of catching a glimpse of a rare piece of artist merch must be acted upon if safe and appropriate to do so. When will you get another opportunity to meet someone, in real life, who also loves this obscure late-90s electronic outfit that only released 2 nondescript albums and has never been heard of again?!

And this is where band merchandise pulls an invaluable weight. That $45 shirt you bought back in 2001 at a Fischerspooner gig becomes your portal to human connection, a real-life shared interest existing outside of messenger group chats and Reddit threads. Your shirt becomes a sandwich board for a taste so obscure, your parents are concerned for your health and safety. There must be another fleshy vessel in this city who sits in their room with high-end headphones and a stack of expensive vinyl to use as gateways to a unique sonic realm. And your shirt will stand like an orange beacon for the finely tuned music fan with this shared experience

If I saw someone wearing a Buck 65 shirt? I’d make a bee-line for them.

This Does Not Apply to All Merch

If you are one of the 87,000 people who bought an Ed Sheeran shirt during his last arena tour, displaying your love of Galway Girls at the food court on a dreary Tuesday morning in Sydney is really not necessary, since they’re probably blasting any of Sheeran’s songs from at least 5 of the organic crepe outlets in the building. Throw a net over 30 people, and 28 of them will have heard “Shape of You” so many times on local pop radio they’re beginning to question if the English language actually contains any words outside of the 148 Ed croons on that song. This is true of all major pop artists (Taylor, Adele, Drake, Bruno).

This is also true for many vintage artists whose merch is often used as a stylistic statement. The Ramones are part of an elite group of artists who are only known by those born post-1995 via t-shirts. AC/DC, The Beatles and The Rolling Stones are part of this perplexing fashion trend, during which teenagers hungrily bought band-branded shirts for artists their parents have been trying to get them to listen to for a decade. The Ramones were highly influential, and their early albums were the calling card for dissociated twenty-somethings that didn’t want to take LSD with Pink Floyd, got bored of taking LSD with The Beatles, and didn’t want to indulge The Who’s grand sonic schemes.

But I wouldn’t lead with this if you do see someone in a Ramones shirt.

Tour shirts can be glorious, a tangible reminder of an evening so immersive you forgot to take your usual 400 selfies to drip-feed your Instagram for the next 3 months. They can be a risk too; best purchased before the gig starts in order to fill the awkward half hour the local support band slogs through, and the 45 minutes the diva top billing makes you sweat with anticipation.

A tour shirt can run you $45+, and are usually made with cotton sourced from discarded kindergarten craft projects, so first-wash they shrivel into nothingness. And there is always the risk your treasured artist will turn up in your beloved home town with 29 standard drinks under their belt and an axe to grind with the barista who spelt their name wrong that morning. All of a sudden that tour shirt you forwent dinner to buy is a reminder of an ugly evening you spend mentally tearing your posters to shreds.

But, if the stars all align, your artist turns up on form, with the right mix of substances in their system, and they put on a stomping performance, that fragile piece of cloth you bought at the merchandise stand at 7:30pm is the link between your mundane existence and a transcendent night that forever lives in your memory.

Buy artist merchandise.
Not just to support your favourite artist. A shirt with a band written on it is more than a shirt. Why buy something with “Supreme” printed in a tiny box, when you could have the equivalent of a shirt from Notorious BIG and Jay-Z’s 1995 Apollo Theatre performance in Harlem? It’s like planting trees that don’t have apples or macadamias on them. They’re still trees, but add value by adding a delicious citrus fruit, or, a logo or image from your favourite artist.