The final album in the Saturation series was its most impressive installment – and that’s saying something. But Melonhead’s review missed the #1 reason why it was so great.

Kevin Abstract continued his favorite hobby of trolling the Brockhampton fan base by releasing the standout single “BOOGIE” three days before the album drop, despite saying Saturation III wouldn’t be preceded by any singles. After a few days and a second single’s debut on Beats1 radio, the final installment of Brockhampton’s Saturation project was gifted to fans worldwide just in time for Christmas – with a few surprise features including former Radio Disney star Ryan Beatty.

Despite kicking the album off with such an “in-your-face”, energetic single, Saturation III ended up as Brockhampton’s most cohesive and musical album yet. Although Brockhampton’s musical influences still shone through on the tape, it was a far more original overall sound than shown on either of their first two albums. The group’s blend and collective chemistry improved drastically from Saturation I to Saturation II, and the same was true for the jump to Saturation III. Debates quickly broke out among fans trying to rank the albums (3>1>2?, 1>2>3?, 2>3>1?).

Saturation III was somewhat of a departure from the bumping, aggressive, bass-heavy sound of its predecessors, leaving some fans feeling unsatisfied. But as time went on, the album, just like its breakout single “BOOGIE”, grew on listeners and was increasingly included at the top of Saturation rankings.

Saturation III enjoyed a warm reception from critics, especially in comparison to the two first installments of the Saturation Trilogy. HiphopDX gave the album a 4 / 5, and Pigeons and Planes included it as one of their top 5 albums of the year. Even Pitchfork, perennial Brockhampton haters, bestowed the album with a 7.5.

As his viewers and fans have come to expect Anthony Fantano offered a thoughtful, concise take on  the Saturation III‘s standout tracks and the album as a whole. He hit the nail on the headwhen highlighting the group’s growth and experimentation throughout the Saturation series. Overall, Fantano was complimentary of the album, but he did have a few grievances with the album, most of which centered on what he dubbed the “Brockhampton Flow”.

That’s where Melonhead lost the script. The “Brockhampton Flow” isn’t a crutch – it’s a calling card.

“You’re gonna hear something on this album i’d like to call THE BROCKHAMPTON FLOW. Especially from Ameer, on numerous tracks.” – Anthony Fantano

Fantano calls out Brockhampton, and Ameer Vann especially, for recycling a certain flow throughout the album. To back up the point, he shows snippets from different songs on the album, including:

Fantano is right – that flow is consistent throughout the album. I also noticed it on my initial listen through of Saturation III, and struggled to put my finger on exactly what was breeding that sense of musical consistency until watching his review.

Where Melonhead goes wrong, though, is when implying the “Brockhampton Flow” somehow limited or detracted from the album. In fact, it was an intentional decision from the group that made Saturation III much more than just a good, stand-alone hip hop album. Without this flow, Saturation III would’ve been a disconnected, disjointed conclusion to an otherwise excellent musical coming out series.

What is the Brockhampton Flow?

If you’ve listened to Brockhampton before, you know what Fantano dubs “The Brockhampton Flow.” In fact, it’s the format for the initial vocals we hear on the first track of Saturation I, “Heat”.

The flow pops up again throughout Saturation I, Saturation II, and Saturation III. It’s a flow that’s easy to sing/rap along with for listeners and complements the Brockhampton production sound very well.

Fantano is right that this can be repetitive. It’s probably the biggest recurring vocal theme in their music thus far. But Fantano is wrong when he implies that it comes anywhere close to damanging the album. In fact, it’s the whole reason the album was as experimental and successful as it was.

If you go through some of Brockhampton’s interviews, it becomes clear that creating familiar experiences for fans is important to them. This holds true for their branding, personas, and sound.  In the below interview after Camp Flog Gnaw, Kevin Abstract talks about the importance of recurring themes and visuals with their music, and its importance in building a brand.

In case you don’t want to watch through the whole thing, I’ll pull out the two most important quotes for you.

On their music evolving over different albums:

“We never want to be exactly the same as the last one, but we always want to have the moments that people are familiar with and innovate on top of that.”

On why they include everyone in the group, including web masters and graphic designers:

“Everybody is a part of the process. We’re like Apple.”

Brockhampton intentionally seeks ways to connect fans to their new music throughout their growth as artists. They do this through recurring visuals as well as through their sound.  In this way, the “Brockhampton Flow” is like an audio version of the couch that serves as their unofficial logo and travels with them everywhere they tour. It’s a familiar theme that allows fans to connect the dots between where Brockhampton is and where they have been. This flow is just as important to the Brockhampton brand as their orange jumpsuits or their throwback font stylizations.

The “Brockhampton Flow” is the first sound you hear from Brockhampton on Saturation 1 and Saturation 3 – and it’s not by accident. The beat for “BOOGIE” that Fantano was so wild about was literally built to support that flow. It’s a basic sound that allows a lot of freedom and energy – which is where Brockhampton shines. 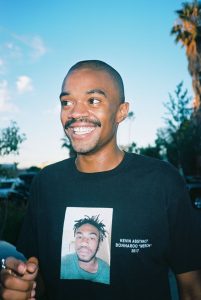 Saturation III has so many different sounds from its counterparts in the trilogy because of the intentional choice to include that flow across the album. As Kevin Abstract talked about, they brought that familiar theme into the new, innovative music to bridge the gap and tie off the trilogy in a familiar loop for fans. Ameer was the best candidate to do so, as many associated his voice + that flow as a defining sound of Brockhampton’s unique identity.

Whatever you’re looking for with flow variety, you can find it with Merlyn Wood, JOBA, or Dom McLennon. Without it, the trilogy wouldn’t have concluded as tightly, or as consistent lyrically. Saturation 3’s relation to the rest of the trilogy far outweighs the benefits of 100% vocal variety for a single member throughout the album.

The 13th song of the 15 song album, “STAINS” begins with one of the most freeform and interesting flows on the album. And, coincidentally, it’s Ameer behind the mic!

As everyone who watched the SATURATION Documentary knows, there’s a reason behind every production choice Brockhampton makes on these albums. And even though Romil, Kiko, and Jabari naturally have the greatest influence, those decisions are not unilateral in any way. That means they chose to put him front and center in the beginning of this track, presumedly to ensure that it stood out. Is it so wild to suggest that they did this to intentionally show that Ameer has more versatility than is heard throughout the rest of the album? 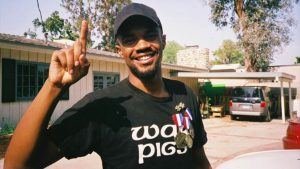 Anthony Fantano on STAINS: “One of the group’s most average tracks. It’s a very by the numbers moment for Brockhampton. There’s nothing really all that sticky about it, from Matt and Ameer’s glazed over flows to the somewhat sleepy beat.”

It’s interesting that Fantano complains about Brockhampton (and Ameer specifically) using the “Brockhampton Flow” so much but also chooses to criticize the one song where Ameer Vann is spotlighted using an experimental, almost spoken word-type flow.

The distinctly Brockhampton foundation on Saturation III is built with Ameer’s vocals: specifically his voice matched with that flow. It provides everyone else the platform to experiment while keeping the trademark Brockhampton sound intact. From BLEACH to STUPID, they use the flow to anchor down track after track on Saturation III  with one major deviation: STAINS.

Coincidence? Or did Melonhead just miss the memo? 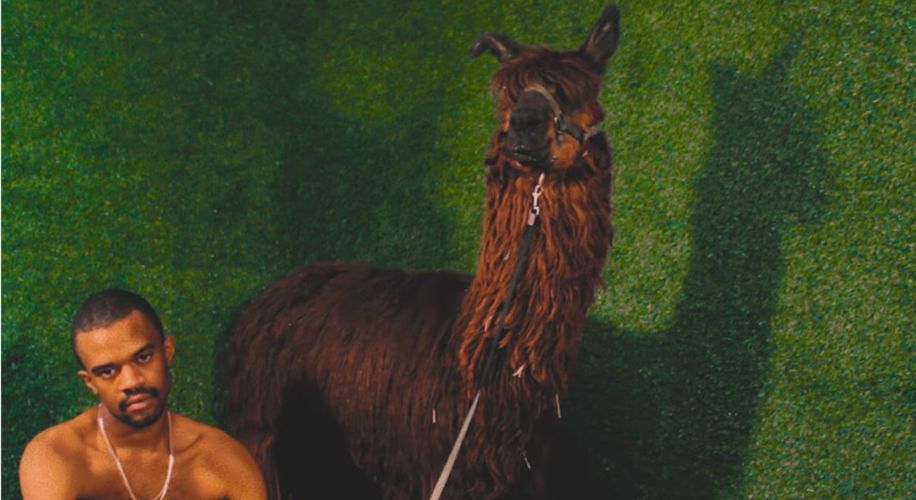 Fantano Isn’t Totally Off the Mark 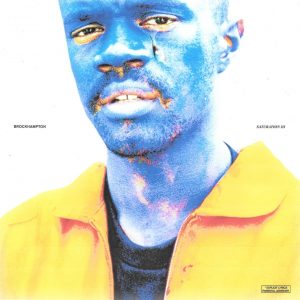 Anthony Fantano IS right: Saturation III is a more cohesive album than their past works. It will do much better with critics and mainstream audiences alike.

Saturation III carried the energy right through the album’s end (unlike past albums that seemed to die off into the latter half), and each vocalist seemed to mesh with each other more organically. It was much more like a Wu-Tang project than Odd Future, One Direction, or any of the groups they’re often conflated with.

Anthony Fantano was also right about something else, and that’s the fact that Saturation I was probably the most exciting of the three Saturation installments. It was the most raw, organic, and unrepentantly BROCKHAMPTON collection of music they’ve released thus far. Its release marked a “Zero to One” moment, where something new and truly different was put on display for all to enjoy.  But the progress they’ve shown since then, both in-song and as collaborative artists, paints a bright blue picture for Brockhampton’s future and their forthcoming 2018 album, Team Effort.