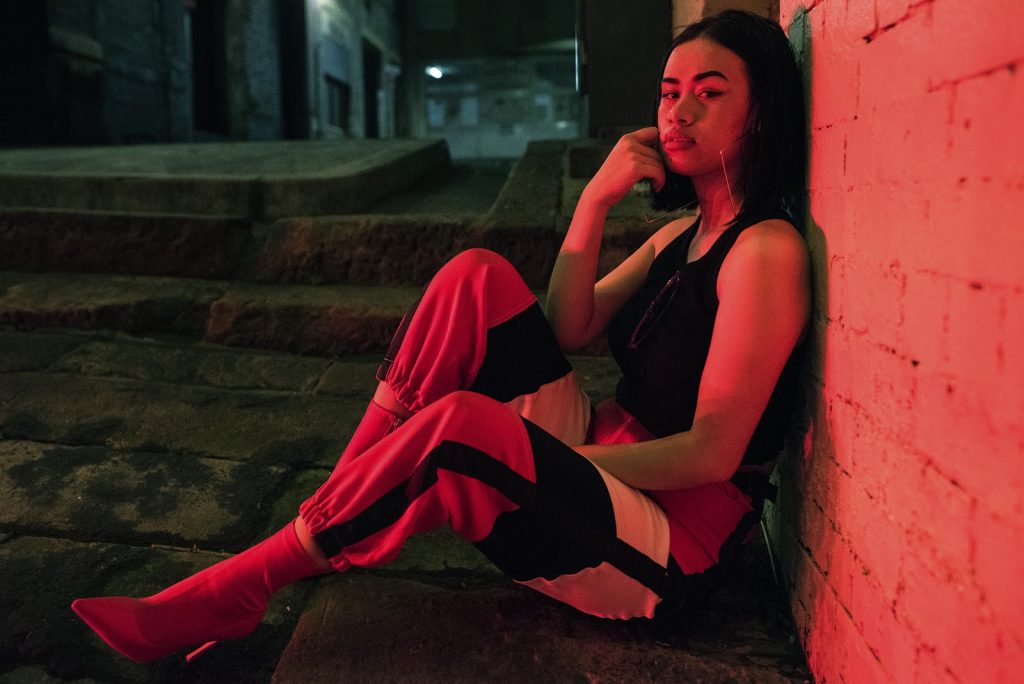 How We Found It:
I discovered 19-year-old Hinenui-Terangi Tairua, otherwise known as A.GIRL, through our artist submissions portal on SubmitHub. I’m always excited when I get this interested in a new artist because I spend so much time trying to keep up with the volume of established work, that I often neglect to give proper attention to those just getting started. Debuting out of the Granville suburb of Sydney, Australia, A.GIRL first single, “2142,” produced by Tucker Perry, has gotten enough plays out of me over the last couple days to more than make up for my previous negligence. My only grief is that there are not already albums more worth of music from the undiscovered artist for me to pour over.

Why We Like It:
Take powerful, soulful vocals, smooth jams with a trace of funk, emotionally charged subjects, and irreplaceable feelings of warmth and comfort, simmer together in my eardrums on high for three to five minutes and you have the perfect recipe for an R&B hit. Add to that a pinch of sugar and spice and a dash of everything nice and you have A.GIRL’s debut single “2142.”

There was hardly a delay between falling in love and first hearing A.GIRL’s voice punching through the appreciated guitar chords and snare drums that make up the core of “2142’s” catchy beat. The punch of the consonance and alliteration through the intro lyrics brings to mind the sound of scat singing, slowed down and set to a beat that lets actual words take over.

Not content with surprising me once, A.GIRL’s initial rhythmic lines are quickly set apart by soulful rifts when she really decides to take it away, emphasizing the range of her tonal swings and the strength of her vocals. Already drawn into Tairua’s world within the 2142 postal code of Australia, I felt attached to her struggles and successes before I was even halfway into the song. At every turn, there was something new to notice and appreciate, before being swept into the next gem. A.GIRL’s powerful vocals brought on feelings of trust and confidence as she guided me through the streets of Granville. Already convinced of the vocal talent through the flares and hints that burst forth along the journey, I just needed that final prolonged proof that “2142” was everything I wanted it to be. 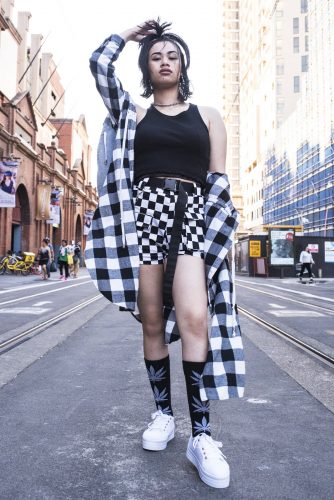 The beautiful break out I was waiting for came with another unexpected twist. Just as A.GIRL’s vocals built up to the moment I had been praying for, the background slightly faded to make room for the telltale sound of a police altercation and an officer calling for back up over his radio. Suddenly the subtle police sirens that had occasionally brushed by on our tour of Tairu’s neighborhood were no longer just pieces of an urban soundscape, but something we were confronted with directly. As they leaped from the background and into our path, they became a part of the journey.

A.Girl refused to let the sound of violence take over her big vocal moment, and I was blown away by how harmoniously the moment achieved balance between everything I wanted it to be and everything I hadn’t expected it to be. The invasive sample is an actual audio recording of the arrest of a young woman Tairu was acquainted with at the time.

The song is about the area I was exposed to and the things I saw first-hand. As much as it represents 2142, it’s an anthem for all people from all areas that have been through the same” – A.Girl (2019) 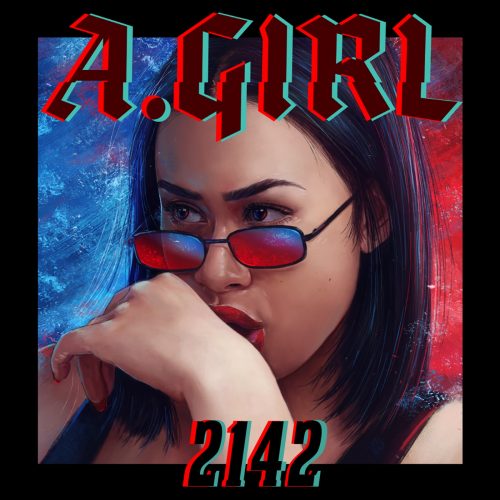 From the Artist: Featured Interview with A.GIRL

How did you first get into making music?
Only about maybe 2-3 years ago I first started writing my own stuff, just in my room to myself. I would never show anybody. I was always just very shy about how I would talk about my life and how people would take it, and just get to know a different side of me. So I started writing songs sort of in like third person or talking about friends’ stories or what they were going through. Nothing personal because I was still so scared to talk about anything personal about my life… It’s still hard to say that I’m a singer-songwriter to this day even cause I have like zero confidence in myself sometimes, which is crazy, but it’s just the facts, it’s just how it is.

Who are your biggest musical influences?
My biggest musical influences, when it comes to writing and singing, definitely P!nk, Doja Cat, Jhene Aiko, SZA; they mean so much in the way I think about my songwriting, in the way that I choose my melodies and the way that I write my hook. But overall in an overall sense, The Weeknd is my absolute favorite. Ugh, he’s like the god of music for me.

In your own words, what is “2142” about?
If you see trouble, if you see cops, if you see anything of that sort of vibe, it’s very important to keep what you do as a person on the down low. Keep your head down, do what you gotta do and keep it on the down low and you’ll have success within yourself. So that’s basically it, keep my head down, do whatever I gotta do and keep grinding.

What made you decide to include the audio sample of that girl’s arrest?
We were trying to think of what was missing. There’s this part that needs to kick in, I’m not sure what needs to be done, I’m not sure what we need to be put in there. And I had randomly gotten a message from one of the people that was there on the night where the girl I knew got arrested, and it just popped into my mind, they’ve gotta have something somewhere that we can use. They posted the video and it went viral and it went on the news and everything, so I was like this is perfect, this is exactly what I was talking about. The audio was screechy and it speaks for itself, and it just adds a whole different element, and it elevates your hearing when it gets to the bridge part.

You seem super conscious that this problem isn’t just limited to 2142.
It’s bigger than me and my area, or me and my people. My song is for all areas. As much as I rep my area and as much as the song is the postcode of my area, I just want it to be an absolute banger anthem for anybody and everybody going through the same shit. I know personally whether you’re rich, poor, white, black, this is happening within the city. It’s becoming such a big thing to be “cool,” “gangsta,” and it’s just like for me I wouldn’t go running looking for that lifestyle. It’s just something I was brought up in, something I live around.

,
Can we expect more of the same going forward?
So with this single, I’m releasing an EP, so definitely more music to come throughout the next couple weeks and months. What can I say about the music? I feel like the music is all still the same vibe but very very different, each track is a different A.Girl, if that makes sense. I kinda have a different hat on for each one. It’s kinda the way I wrote each track as well; I went into the studio with a different persona and a different hat, but in some way they all still gel, and I think it’s because of the production.