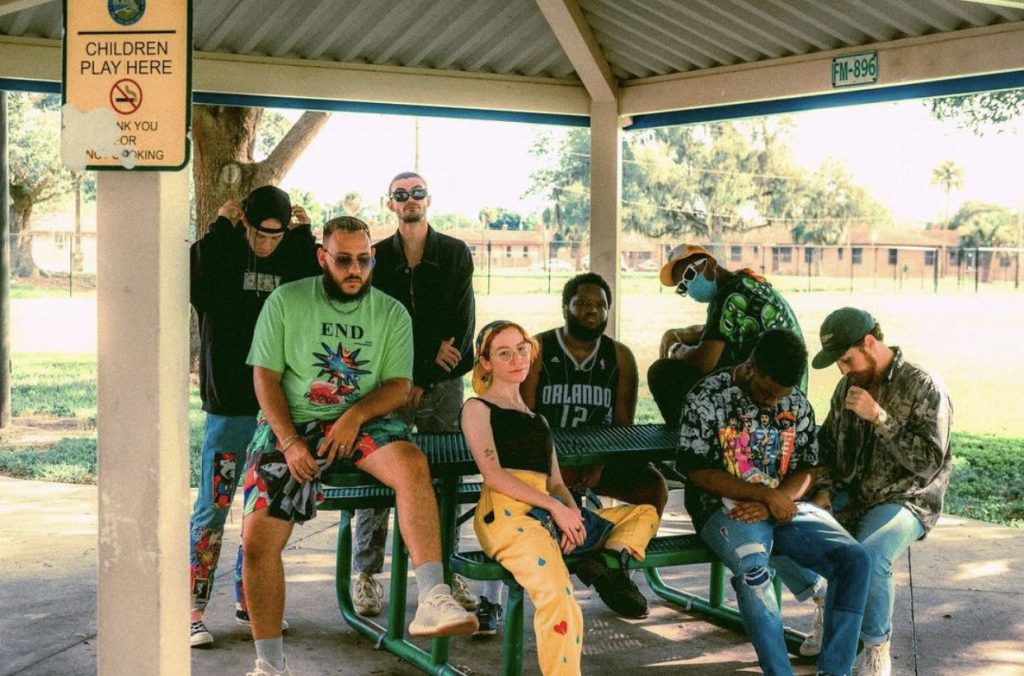 The nine person Florida collective, seeyousoon, drop off a message to the haters in my email inbox. Ignacio (Iggy), Kenny, Denny, Maddie, Josh, Dre, Drex, Lucas, and Mitch burn further with mics that are blazing hot. All of them bring a unique skill set that they developed solo before coming together to form the collective.

With the mission statement of “appealing to all senses”, that they showcased on their debut album, VIDÉ, released last year. They originally impressed with their single “Shut Up” in our SubmitHub inbox. The group wants to jump into the new year with nonstop music top to bottom.

It’s the Fever — the need to excrete the heat and break free from the shackles of the sweltering pressure inside. Once released, it’s euphoric and compared to the scorching landscape of before it is devastatingly beautiful. seeyousoon burn bright on their latest single that has them spitting the fire that keeps listeners on their toes.

Starting off with an elegantly distorted beat intro, Mitch says, “Y’all muthafuckas ain’t gettin no real money man / stop playin” before this dastardly buzz of beat takes its place and Josh sounds sick as he spits. Resurrected like a zombie to a dystopian world he recites lines that are demonically appealing. He’s not afraid to be the dark monster that threatens all with words like “Seek protection, fearless daggers with X’s / pierce the efforts in your matter to sections/
(duck down!) Word to P! I dream in plexus”. It’s haunting.

Ultimately, he paved the way for Drex to deliver his verse with precision. His cadence takes it’s time. He’s not rummaging through the wastelands like Josh, who was running. Drex is plodding. Each line feels like a step of despair that’s taking you down a “rabbit hole of depression” he describes. It’s dark but just dope to hear. Mitch and Josh join forces on the hook and continue the onslaught with vocals that are mashed and distorted. One that’s frighteningly manic and one that’s inhumanly cruel with lines like “I’m blacker than the shit that hold the stars in the sky”. It’s chilling with the bumping, noise hop driven beat.

Wandering / Wandering / Just like Christian I’m pondering / Lost in insomnia / I hear voices they calling him / Land of the fortunate / It be burning like Ottoman / Empires the coordinate / Cord plugged so they watching” – Drex, “Fever” (2020)

Mitch anchors the track with his verse that sounds extraterrestrial that has crash landed and is trying to speak its peace before burning up from the atmosphere. It’s the last ditch effort that’s saying to all to proceed with caution before stepping to them. His verse caps off everyone well before going back into the hook one last time.

seeyousoon are unique with the soundscapes they’re creating and it’s captivating. They have my attention with their brand of aggressive sounds and lines. I believe that, as they continue to progress, all the members will show that they can burn brighter with each song released and I’ll be ready to hear it all. 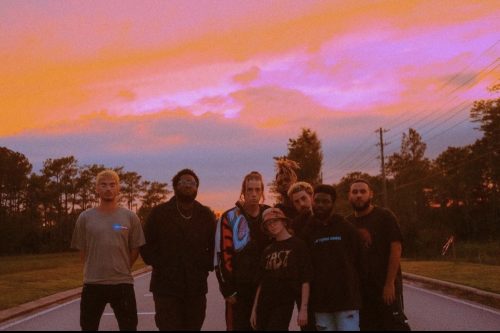 The record wasn’t really inspired by any existing music. Looking back, the beat came together kind of haphazardly. We wanted the record to have a real feeling of urgency and alarm to it so everything was recorded really quickly.

Something raw, self-aware and unyielding. Especially for the space in hip-hop that we’re occupying at the moment. We wanted to make musical decisions that would serve to push the genre forward.” – seeyousoon for CentralSauce

To keep up with seeyousoon, you can follow them on Instagram, Twitter, Facebook, and their YouTube. Dive into their debut album, VIDÉ that contains the previous singles “Steamy” and “Blue Chord.” I also recommended their cypher video to get a taste of all the members.